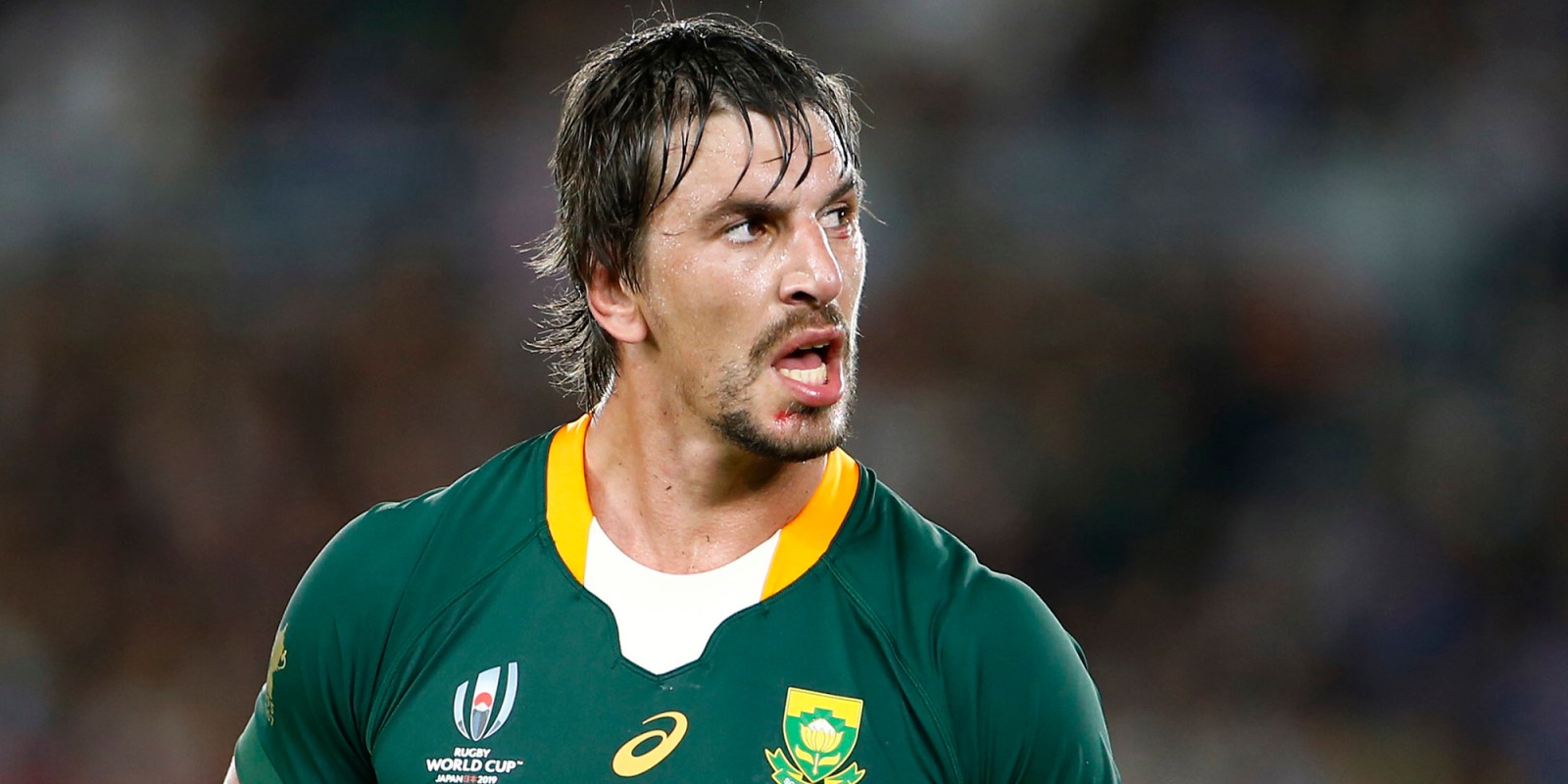 Springbok lock Eben Etzebeth could be recalled from Rugby World Cup 2019 to face civil charges for alleged assault and racism if the South African Human Rights Commission has its way.

On Wednesday the South African Human Rights Commission (SAHRC) formally announced that it would institute legal proceedings against former Springbok captain Eben Etzebeth following an incident in a Langebaan restaurant/bar in late August.

Etzebeth was accused of physically and racially abusing a man. Sammy Claassen, a community leader in the Western Cape laid a complaint with the commission. According to the SAHRC, two more complainants may come forward.

“There could be more than one complainant, which I’m investigating,” Buang Jones, acting head of legal services for the SAHRC, told Daily Maverick.

“I understand that there is more video footage related to this incident, which apparently involves Mr Etzebeth.

“We [SAHRC] have to view it and confirm some of the allegations made by other people. So, there could be other matters that will emerge. As far as I know there are now three complainants.

“We are also in contact with the South African Police Service (SAPS) and the National Prosecuting Authority (NPA) because there are a number of charges being probed at the moment.

“We have asked that this matter be handed over to another investigating officer and we will be holding a watching brief to monitor the criminal prosecution of this matter.

“We are also going help with civil action against Mr Etzebeth by assisting the victims that want to pursue a civil case.

“The criminal case and the civil case can run concurrently. In a criminal case the onus is on the State to prove criminality beyond reasonable doubt.

“In civil suits, we have to prove the case on the balance of probability. In fact, in Equality Court cases, the burden of proof shifts to the respondent. Mr Etzebeth would have to disprove these allegations.”

Etzebeth has maintained his innocence in the matter:

“It is completely untrue and unfounded to claim that I physically or racially abused anyone as has been reported on social media,” the 27-year-old lock said in a statement last month.

So far no criminal charges have been laid against Etzebeth and the only formal complaint appears to have been made to the Equality Court.

But the SAHRC is pursuing this case aggressively and it could still lead to a premature end to RWC 2019 for Etzebeth.

“On Friday we will formally institute proceedings in the Equality Court against Mr Etzebeth,” Jones confirmed.

“Mr Etzebeth will then be given the opportunity to file his answering affidavit. The Equality Court, through the magistrate, will then set a date for a directions hearing. Mr Etzebeth will be expected to appear at that hearing with his attorney.

“It could happen while the World Cup is on, but it would depend on many factors such as the availability of legal counsel.

SA Rugby had no further comment on the matter, referring Daily Maverick to its statement from last month.

“As good and law-abiding corporate citizens, SA Rugby have given our full co-operation in the Eben Etzebeth investigation and will continue to do so,” the statement said.

“The case is in the hands of the NPA and the HRC. We trust and believe they will investigate it thoroughly. Once their findings are known, we will adhere to whatever is decided.

“We stand by our earlier comments that we will not tolerate acts of violence or racial abuse. SA Rugby will take appropriate action once the legal investigation and process have concluded.”

A public meeting will be held in Langebaan on the evening of Thursday 3 October to address the Etzebeth issue and also the general issue of racial inequality and marginalisation in the West Coast community.

“The meeting tomorrow is to allow the community to express their overall concerns about racial tensions in the area,” Jones said. “It will give them a platform to ventilate their concerns.

“The main item on the agenda though is the Eben Etzebeth case.” DM