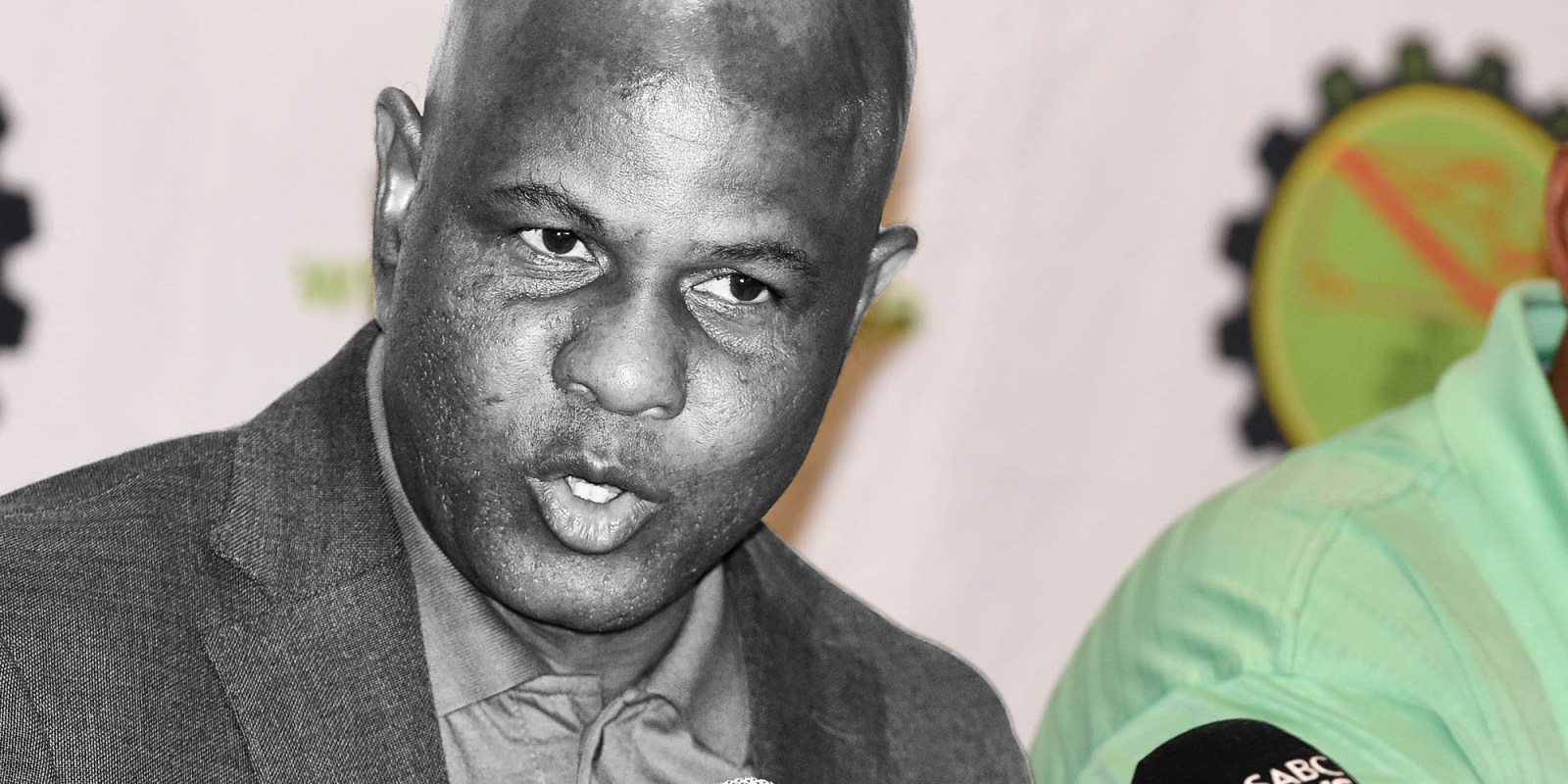 Amcu president Joseph Mathunjwa gave a vintage performance at the Joburg Mining Indaba on Wednesday 2 October, berating the industry for its history of exploitation while holding out the prospect of clinching platinum wage agreements without a strike. He also raised the subject of the climate crisis.

Joseph Mathunjwa, the leader of the Association of Mineworkers and Construction Union (Amcu), launched something of a charm offensive at the Joburg Indaba, a mini-version of the annual Cape Town event that takes place in February. The backdrop for the Joburg Indaba is the upmarket Inanda Club, with its expansive polo field and an exclusive membership list that apparently includes African nationalists who share many of Mathunjwa’s views on the economy and issues of race and class.

Mathunjwa was given a prime midday speaking spot and he came out swinging sticks and dangling carrots. In such settings, speaking before hundreds of industry executives, analysts, bankers and economists, he has become more at ease with the passing of time. But his general message remains as militant as ever.

“I’m the son of a preacher and I’m still preaching today,” Mathunjwa said. “Workers are as poor as a church mouse.” This was in contrast to SA mining CEOs who, according to an earlier question by the conference organisers put to the audience about executive pay, make on average over R16-million a year.

Mathunjwa reminded the delegates of the industry’s past sins, which are for the most part undeniable.

“Our forefathers mined all kinds of minerals but we are left with nothing to show. We have built most of the global cities but we can’t build our own country.”

He said to atone, the industry should be required to pay the reparations that the National Party managed to dodge.

On the issue of climate change, he drew laughter with the following observation:

“When they were building Europe there was no climate change. Now when it’s time to build ourselves, it’s climate change.” Mathunjwa’s roots are in the coal sector, and this was probably his indirect way of saying he wants that industry to keep on humming.

On the issue of platinum wage talks, Mathunjwa – who of course was at the forefront of the violent 2012 violent wildcat strike that culminated in the Marikana massacre – held out an olive leaf.

“We will soon clinch a deal with Impala Platinum [Implats],” he told the delegates. Afterwards, he repeated this when he briefly took questions from journalists. Implats is currently offering pay hikes of R1,050 a month for each year over the next three years, while Amcu is demanding R1,500 a month. Such an increase is somewhere around 14%, which is far below its initial demands.

“The difference now is only R450 a month,” Mathunjwa said. He also held out the prospects of reaching agreements with Anglo American Platinum and Sibanye-Stillwater. The latter company and its CEO, Neal Froneman, have become Mathunjwa’s arch-nemesis.

Agreements seem within the range of possibility, but what is certain is that the South African economy at this stage could certainly do without a platinum stoppage. BM