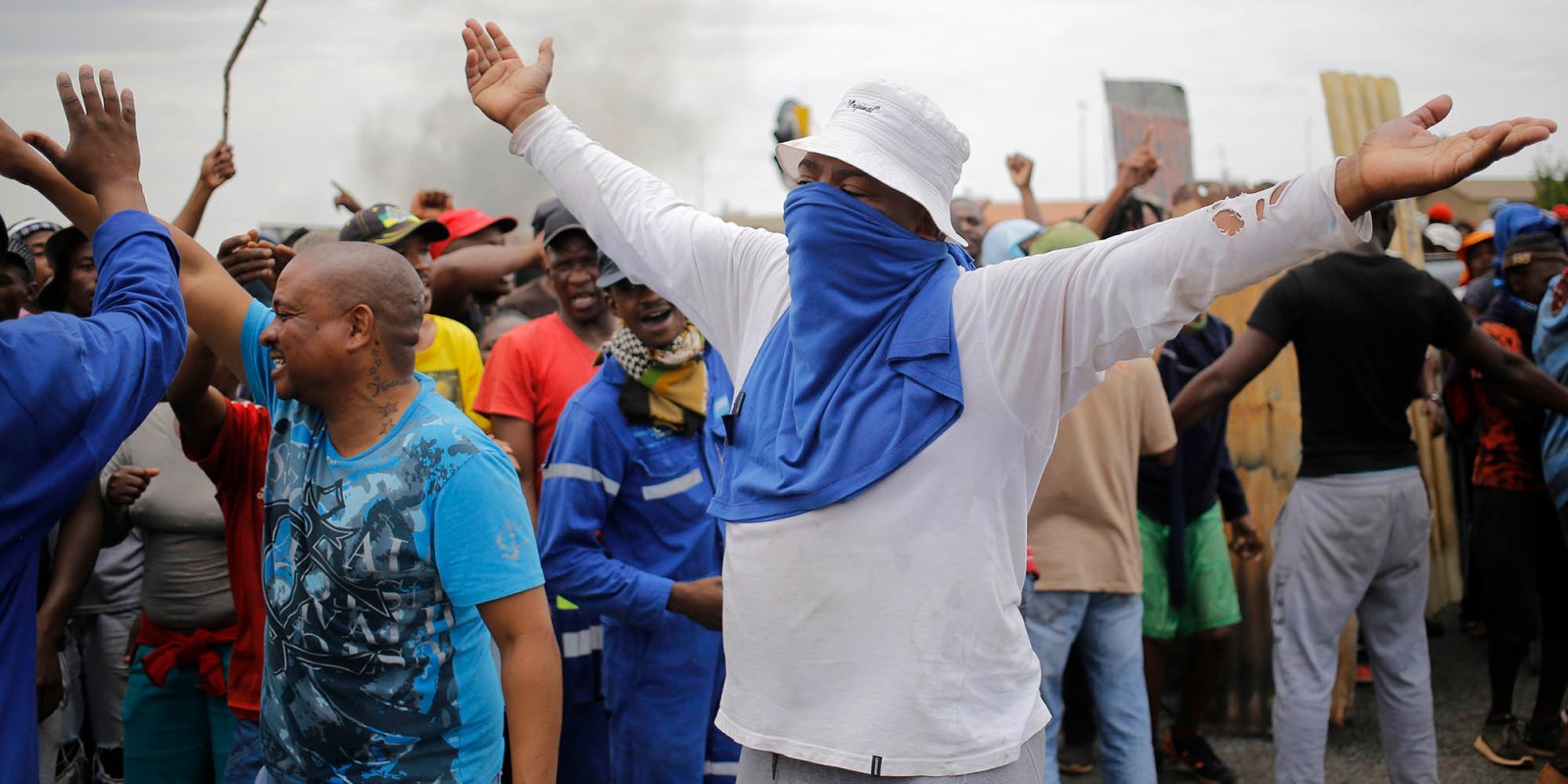 Protesters shout at police forces during fierce running battles after protesters took to the streets, Johannesburg, South Africa, 22 January 2018. Reports state protesters were angered by an attack on a local South African woman allegedly by Nigerians, an incident that sparked xenophobic protests in the streets of the West Rand area of the city. EPA-EFE/KIM LUDBROOK

The leaders of four West African countries have welcomed the visits of the special envoys over the past two weeks, President Cyril Ramaphosa says.

President Cyril Ramaphosa has announced that he will despatch his team of special envoys to other African countries and to the African Union to convey his apologies and explanations for recent violent attacks by South Africans on foreigners.

“President Ramaphosa has expressed his sincere appreciation for the generosity of spirit with which heads of state and (the) government(s) of Nigeria, Ghana, Senegal and Niger received the Presidential special envoy(s).”

She said Radebe and Mbatha had emphasised to the leaders “the sincere, public apologies extended by President Ramaphosa about the unfortunate events in South Africa, expressing government’s view that such acts of criminality and violence represented neither South Africa’s value systems, nor the sentiments of South Africans, particularly against foreign nationals living in the country.

The West African leaders had welcomed Ramaphosa’s apologies and expressed appreciation to him for taking time to explain the situation in South Africa “which had generated concern”. The West Africans pledged that the relationship between their countries and South Africa would be solidified, “while describing the attacks as very unfortunate”.

The special envoys assured the West African leaders that “South Africa remains a multicultural society that promotes interaction among people of different backgrounds, and remains an integral part of the African continent as it advocates for a peaceful, vibrant and sustainable Africa. The country remains deeply committed to the values of progressive internationalism, and the ideals of pan-African unity and solidarity.”

Khusela said the West African leaders had also expressed concern about “the irresponsible use of social media by certain individuals to create confusion and tension in the public mind. They also raised their concern about the reported causes of tensions between South Africans and migrants.”

Some leaders had agreed on the need to adopt a common approach to deal with criminality, irrespective of the nationalities of the perpetrators.

The Nigerians had stressed that in addition to law-enforcement operations, it was necessary to prevent some prisoners conducting illegal activities from prisons, even beyond the borders of SA.

The West African leaders and Ramaphosa’s envoys had agreed that it was necessary for law-enforcement agencies, including intelligence agencies, right across Africa, to work together to tackle such problems.

“The president believes this positive reception provides a basis for building closer relations and addressing the situation in South Africa. The special envoys will be dispatched to more countries over the next couple of weeks including the African Union,” Diko said.

Ramaphosa’s statement was issued on the eve of a state visit to South Africa by Nigerian President Muhammadu Buhari, during which xenophobic attacks on Nigerians in South Africa are expected to be on the agenda of the meeting of the Binational Commission between the two countries. DM