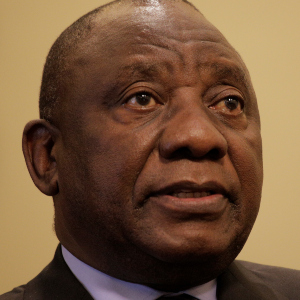 President Cyril Ramaphosa has promised that government will finalise an economic growth strategy in the next few weeks. A bold vision is required, and boldness has been notably lacking in his administration. But he was also refreshingly honest about the challenges facing the economy in the first of his ‘weekly messages’ to the public.

“Welcome to the first weekly message ‘From the Desk of the President’. Each week, I will discuss some of the issues that interest and concern South Africans, and talk about the work we are doing in government to tackle these issues. I hope you will find it useful,” Ramaphosa said. The message features a photo of a jovial Ramaphosa at the top, reading specs on and armed with pen ready to apply to paper.

In this initial offering, Ramaphosa did not beat about the bush when it came to the scale of South Africa’s economic problems.

“Almost everyone I meet in the country, whether residents of Lusikisiki or business leaders in Johannesburg, is deeply concerned about the state of the economy and the stubbornly high rates of unemployment. After a decade of low growth and deepening poverty, people are looking for signs of progress in tackling the many challenges confronting our country,” Ramaphosa wrote.

The “decade of low growth and deepening poverty” was a clear dig at former president Jacob Zuma and his faction within the African National Congress (ANC). It is also a statement of incontestable fact.

Ramaphosa went on to say candidly that: “These concerns are real. This year, the economy will record growth that is lower than expected (and much lower than what we need). Government finances are stretched about as far as they can go, and several industries are looking at retrenching workers.” (Italics ours).

That is a welcome sign of stark reality – with debt levels climbing, Eskom and other maimed and looted SOEs a constant drain on the Treasury, and a public service that is both bloated and parasitic, government has no real fiscal means to stimulate the economy.

The president also noted the shattering of confidence that has taken place since he replaced the wrecking ball that was Zuma. The euphoria which greeted that changing of the guard has long since evaporated in the absence of urgent structural reforms, the failure so far to prosecute the top looters behind the brazen State Capture project, rising unemployment, and persistently slow economic growth.

“Much of the confidence that the country had 20 months ago has dissipated as the reality of the problems we face became clearer. This confidence was born out of the hope that we would quickly undo the damage that was done over a number of years. Implementing change does take time. The important issue is that we should move in a determined way to effect change while remaining irrevocably committed to rooting out State Capture, corruption and malfeasance,” Ramaphosa said.

Still, there were some questionable assertions in this inaugural newsletter. Ramaphosa said: “… we have embarked on several reforms to create a more investor-friendly environment. We have finalised a Mining Charter that has been broadly welcomed by the industry and finalised policy on the allocation of valuable broadband spectrum. We have and continue to make changes to our visa policies.”

The industry, despite what government keeps saying, remains dazed and confused by the Mining Charter, which is why it still faces court challenges. If a broadband spectrum policy has been finalised, a lot of work still needs to be done in this space, and visa policies generally remain a mess in the shoddy outfit that is Home Affairs, a byword for graft and incompetence.

A more investor-friendly environment also remains elusive, which is why among other things business confidence levels are at their lowest in over two decades, and why unemployment is so high.

Ramaphosa also pledged that government “will finalise a clear economic growth strategy within the next few weeks. This strategy will draw on the many valuable contributions that have been made by South Africans on the discussion paper released by National Treasury”.

This will be interesting, and one wonders what the timing will be – will it be unveiled before Finance Minister Tito Mboweni delivers his mini-Budget in late October, or before Moody’s renders its latest verdict on South Africa’s credit rating in early November, which could potentially complete the economy’s descent into junk status? Will the new Presidential Economic Advisory Council have any meaningful input into the strategy? That seems doubtful, given the timing.

There are clues to what parts of the strategy will look like. Ramaphosa further noted in his Monday message that: “Several parts of the growth strategy are already in place. These include how we can strengthen our reform programme, a revitalised industrial strategy in support of key growth sectors and the establishment of an Infrastructure Fund with a clear plan to revive infrastructure investment. Much work is underway to improve the ease and reduce the cost of doing business, as are efforts to restructure state-owned enterprises and ensure that they perform better in meeting the country’s needs. A clear strategy to place Eskom on a sustainable path of recovery is also being finalised.”

To say these things “are in place” may be a bit of an overstatement. The Reserve Bank, every two months in its MPC statement, most recently on 19 September, complains about the urgent need for “structural reforms that lower costs” – if this was actually happening, the central bank would surely be aware and make note of it. The strategy to place Eskom “on a sustainable path” is also hardly imminent without a permanent CEO. And God knows what a “revitalised industrial strategy” looks like. Variations of this have been floated around for over two decades.

Coming back to reality, Ramaphosa did note that: “All this work is taking place at a time when government’s finances are under great strain, and there is very little room to increase spending or borrowing. This means that we need to spend our limited resources more smartly, get rid of wastage and shift more resources to infrastructure investment.”

Does this mean looming cuts in the bloated civil service? Time will tell. At least the president has promised to keep us updated. BM