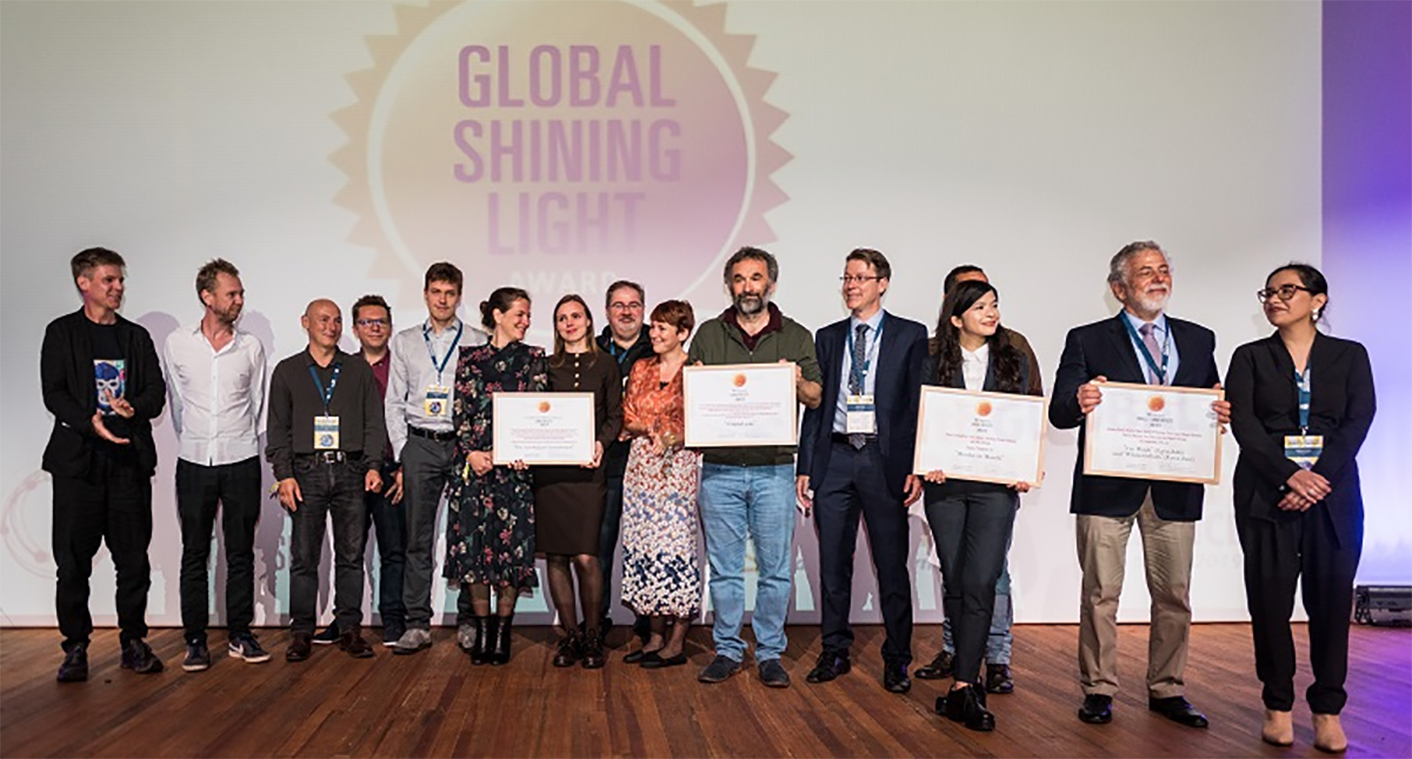 Photo of the winners by GIJN.

Announced in Hamburg, Germany on Saturday, the team won for #GuptaLeaks, the story of how the patronage network run by the family engineered the system of state capture. Rappler, the renowned media platform from the Philippines was a co-winner with the South African team for its work on extrajudicial killings under the regime of Filipino strongman Rodrigo Duterte.

The awards drew from a record 291 entries from around the world that were published or broadcast between in 2017 and 2018.

In the large outlets category, the certificate went to “The Azerbaijani Laundromat”, a cross-border investigation into a massive money-laundering operation, produced by the Organized Crime and Corruption Reporting Project in collaboration with numerous international outlets.

The small outlets category for teams of under 10 people was won by Peru’s IDL-Reporteros for Lava Jato/Lava Juez , (Car Wash and White Collars) the two sets of stories in Brazil and Peru which exposed systemic corruption in government and in the judiciary. Kenya’s Africa Uncensored team won for a documentary series called The Profiteers about how Sudan’s elite plundered their country.

“The judges were impressed with the tenacity, courage, skill, and integrity demonstrated by this year’s winners of the Global Shining Light Award,” said Sheila Coronel, Academic Affairs Dean of the Columbia University Graduate School of Journalism, who was one of the judges. “They are living proof that investigative reporting can hold the powerful to account even in places where impunity and abuse of power reign. We salute these journalists — they are shining examples of what rigorous investigative reporting can achieve even in the most trying of times.”

The #GuptaLeaks series is recognised as having turned the tide on state capture in South Africa and is one of the foundation stones of the installation of the Zondo commission of inquiry into state capture. DM