Ben Turok relives his days of fighting against apartheid 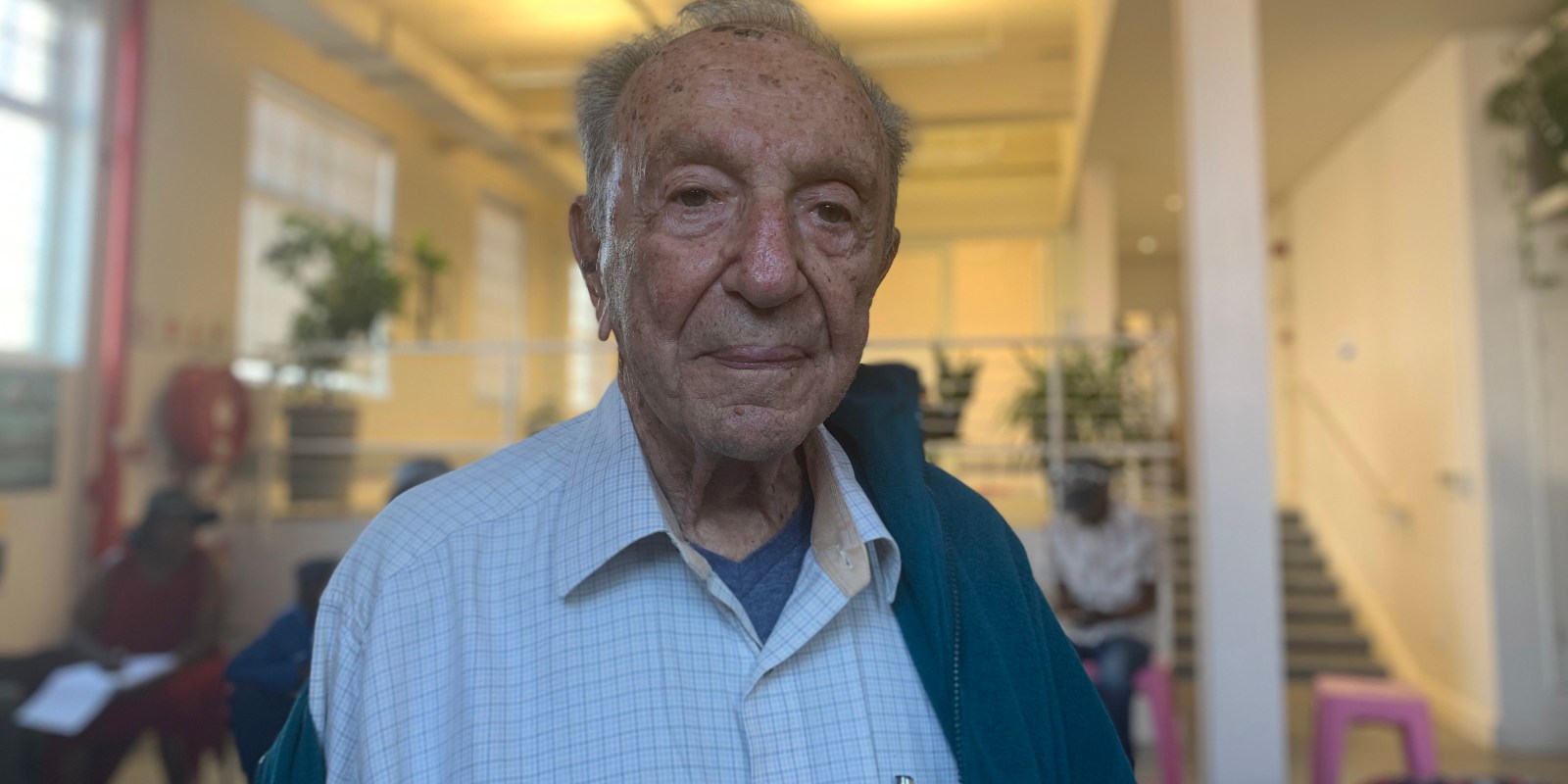 Ben Turok — 92 years old, anti-apartheid activist, former Member of Parliament, in exile for 20 years — spent an afternoon at the Tshisimani Centre for Activist Education speaking to about 30 people on the history of the ANC, and what it was like going into exile.

Ben Turok began his storytelling session by telling the audience about the ANC’s Defiance Campaign in the 1950s and continued the tale up until liberation in 1994.

“I am going to go through 50 years (of anti-apartheid activism) and I’m going to try to deal with critical moments,” said Turok.

“The Defiance Campaign was about defying unjust laws. Small groups of people, who were mostly black people, would sit on benches marked European or go on to trains designated for white people ” said Turok.

Turok spoke about the “ups and downs of the revolution” — from him and his comrades trying and failing to make bombs, to organising the Defiance Campaign and having to go into exile.

“A comrade of mine who was an art lecturer started making a bomb in his garage out of all kinds of chemicals that he bought from various pharmacies, and he made some kind of bomb; he wasn’t sure it worked. So he took it to the beach in Port Elizabeth and put it in the sand and hoped that something would happen. Well, nothing happened. That’s how we did it, it was very experimental and amateurish,” said Turok.

Not all their attempts were failures:

“Some of the bombs were successful,” said Turok.

In 1960 Turok was tipped off that the police would raid his house so he left his home and went underground.

“Someone phoned me and told me that the Special Branch (police) are gathering outside their headquarters in Durban and he said, ‘we suspect something is happening so leave your house’. I packed a bag and went to stay the night at a friend of mine. The police arrived (at my home) an hour later, searched my house top to bottom and were disappointed that I wasn’t there. That was the beginning of an underground period,” said Turok.

Turok is the only surviving member of the original underground leadership of the South African Communist Party. He was arrested under the Explosives Act in 1962 “because they picked up my fingerprints at a post office,” Turok told the audience.

He was sentenced to three years in jail at Pretoria Central Prison. After his release, he was placed under house arrest. Shortly thereafter Turok went into exile for 20 years.

“I jumped the border into Botswana, I walked through the forest and I landed up in Nairobi,” Turok said.

“Exile was very difficult because I had a wife and three children (that I left behind). I had no passport, no documents, no money and I depended on hospitality from African governments and friends,” Turok said.

His wife and children flew from Johannesburg and met him in Nairobi.

Turok said before he went into exile he knew nothing about Africa, but exile taught him a great deal about the continent — and that’s how he became a pan-Africanist.

“I find it so offensive that we should have xenophobia in South Africa because I have wonderful friends in Nigeria, in Tanzania and in Zambia and the South Africans are so myopic and narrow-minded,” Turok said.

Turok emphasised how important the support from African countries was in keeping them safe and alive until it was secure enough to return home.

Turok says he always felt at home in exile because there were “always lots of South Africans”, but he admits that he missed his comrades.

“I missed my comrades because there were so many in prison. I left people in prison. I did my three years and some stayed on for a long time,” said Turok. He returned to South Africa in 1990.

Replying to some in the audience who had questions about Nelson Mandela’s leadership, Turok reminded them that the struggle had been tough. Mandela was an exceptional leader who made the best out of a difficult situation.

Turok was an MP from 1995 until 2014 and co-chair of the parliamentary committee on ethics and member’s interests. In 2013, when the ethics committee found former Communications Minister Dina Pule guilty of breaching the ethics code for helping her boyfriend secure government contracts, Turok was sent anonymous threats and assigned bodyguards. DM