Tiny living: A movement inspired by eco-friendliness an...

Tiny living: A movement inspired by eco-friendliness and mobility 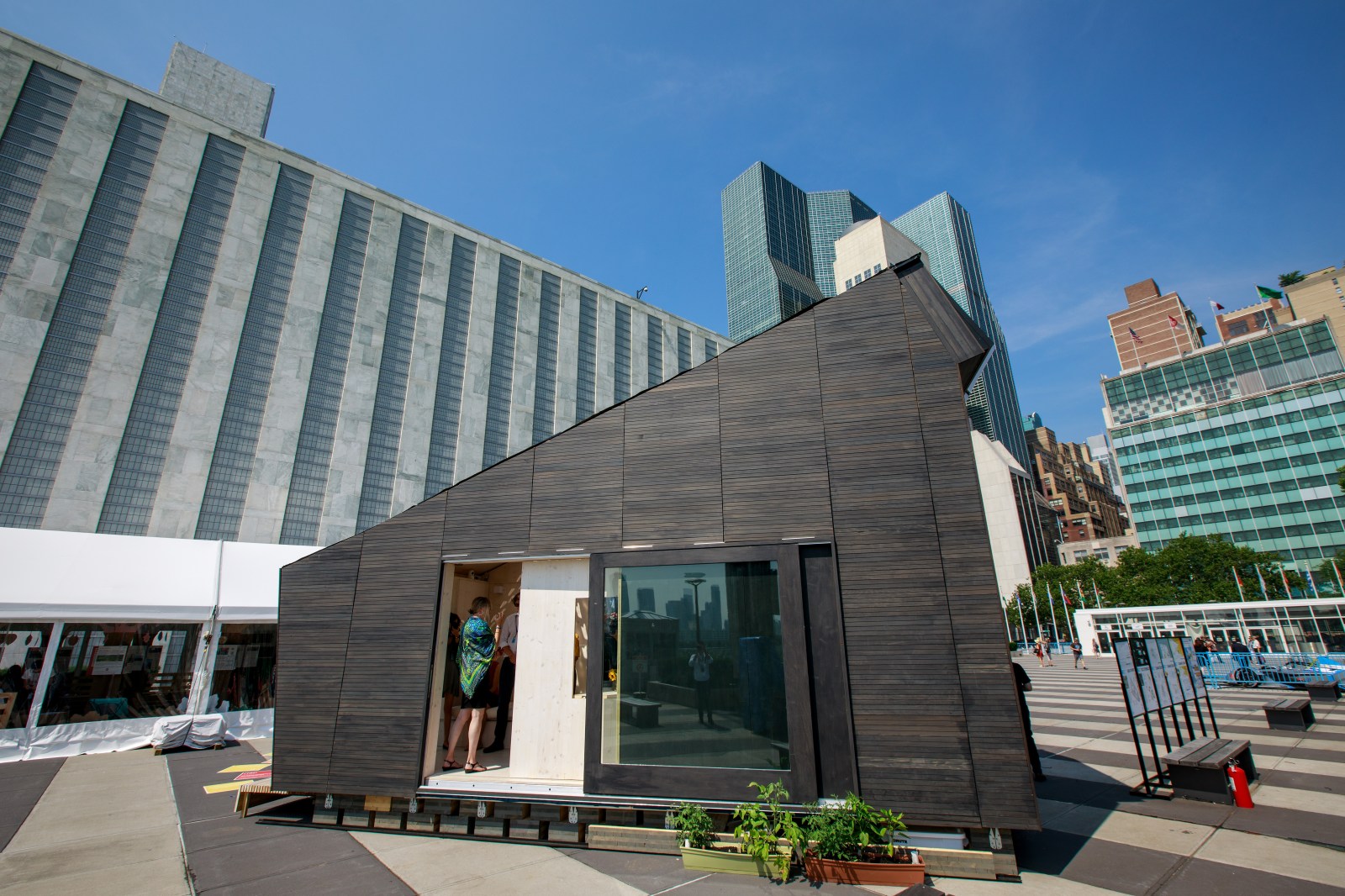 NEW YORK, NY - JULY 16: An ecological living module, a 22 square meter 'tiny house,' is on display at the United Nations Plaza, July 16, 2018 in New York City. Constructed primarily from locally-sourced, bio-based renewable materials, the tiny house was developed by Yale University and UN Environment. The groups hope the module will spark public discussion and new ideas on how sustainable design can provide affordable housing and limit the overuse of natural resources. (Photo by Drew Angerer/Getty Images)

Around the world, climate change has made us more aware of our ecological footprint. For some it means looking for innovative ways to occupy less space without compromising on comfort. The ‘tiny house’ movement, pioneered in Europe, is spreading across the world, with South Africans following the trend.

Downsizing – as some call it – is mainly inspired by the notion of living on the edge and not stressing about paying off a home loan; but another compelling reason, the opportunity to explore and live closely with nature, opens the door to living tiny.

“It’s the no-restraints kind of lifestyle that appeals to us,” said Kendal McGlashan, a tiny house enthusiast and owner of Wanderlust Co., a new manufacturing company of tiny houses, based in South Africa.

McGlashan and her partner recently ventured into the tiny house business and are planning to move into their first manufactured tiny home soon.

“Tiny homes are for anyone wanting to be eco-conscious and not restricted to one area. For us, the ultimate success is freedom; with moving tiny, you have the freedom to pick-up and move if you do not enjoy the area you are inhabiting,” she says.

Of course, back home, where the housing context is different from that in many countries wo where the tiny house movement has spread, such movement’s sustainability remains to be seen. Indeed, in 2013, South Africa’s Housing Development Agency confirmed that 1.25 million households were living in informal settlements also known as “squatter camps” – a number that is likely to have increased six years later. Millions of South Africans are already living in “tiny houses” – though not necessarily by choice.

In the US, the earliest record of a tiny house can be traced back to the early 1800s, when transcendentalist Henry Thoreau (the foremost figure of an idealistic philosophical and social movement based on intuitivism) published Walden, a tale reflecting on simplistic living synchronised with nature. Though Thoreau’s reasoning for living tiny at the time seems more philosophical – and a disapproval of intellectualism – than what is happening now, tiny house enthusiasts are all driven by the freedom the movement affords them.

What is the tiny house or small house movement?

The concept is both architectural and social, promoting living in smaller homes that are modular, easy to move and rarely exceed 46 square metres. The living space is normally capped at 11sq m, although in many cases the houses are built to an individual’s needs.

According to Pod-Idladla owner, architect and nano-home designer Clara da Cruz Almeida, based near Krugersdorp, the bodies of her nano-homes are around 7.2sq m, a size she likens to a parking bay.

“When I designed Pod-Idladla, I made it be modular so that you could buy one unit and then add more later. The idea was that, as you get more money, you can buy more units,” she explains.

Pod-Idladla made its departure into the housing scene in 2014 and offers a different approach to nano-living, providing customers with the option to possibly expand their tiny homes; befitting the fact that African families have 4.5 children, on average.

Nonetheless, her nano-homes are mostly targeted at young graduates, recently started in a job, who want to live closer to their place of work. People often pay exorbitant amounts for rent, whereas a tiny house owner can lease a piece of land in someone’s backyard whilst living in their own space.

Tiny houses have limited space but are fit in a kitchen, dining area, living room and bathroom, with some being more luxurious than others.

“We have built our tiny homes to have all the luxuries one would have in their ‘normal’ home. The only con could be the reduced living space,” says McGlashan.

Most tiny houses are moveable, providing the owner with an opportunity to relocate with their home, or go on holiday with it and not worry about hotel bookings. Additionally, the homes are built to be eco-friendly, using recycled materials and compost ablutions that help save water.

“You work with different materials, such as timber, steel and aluminium instead of bricks and cement. The most intense part is working with such a small space because every design element requires an enormous amount of thought,” McGlashan adds.

Tiny homes retail from R270,000 to R850,000, a price that is dependent on size and individual customer needs. The price might seem like an affordable option to own a home, especially considering South Africa’s expensive housing market.

“The tiny homes give a more cost-effective alternative to owning your home sooner than you would be able to afford a brick-and-mortar home,” McGlashan says. ML