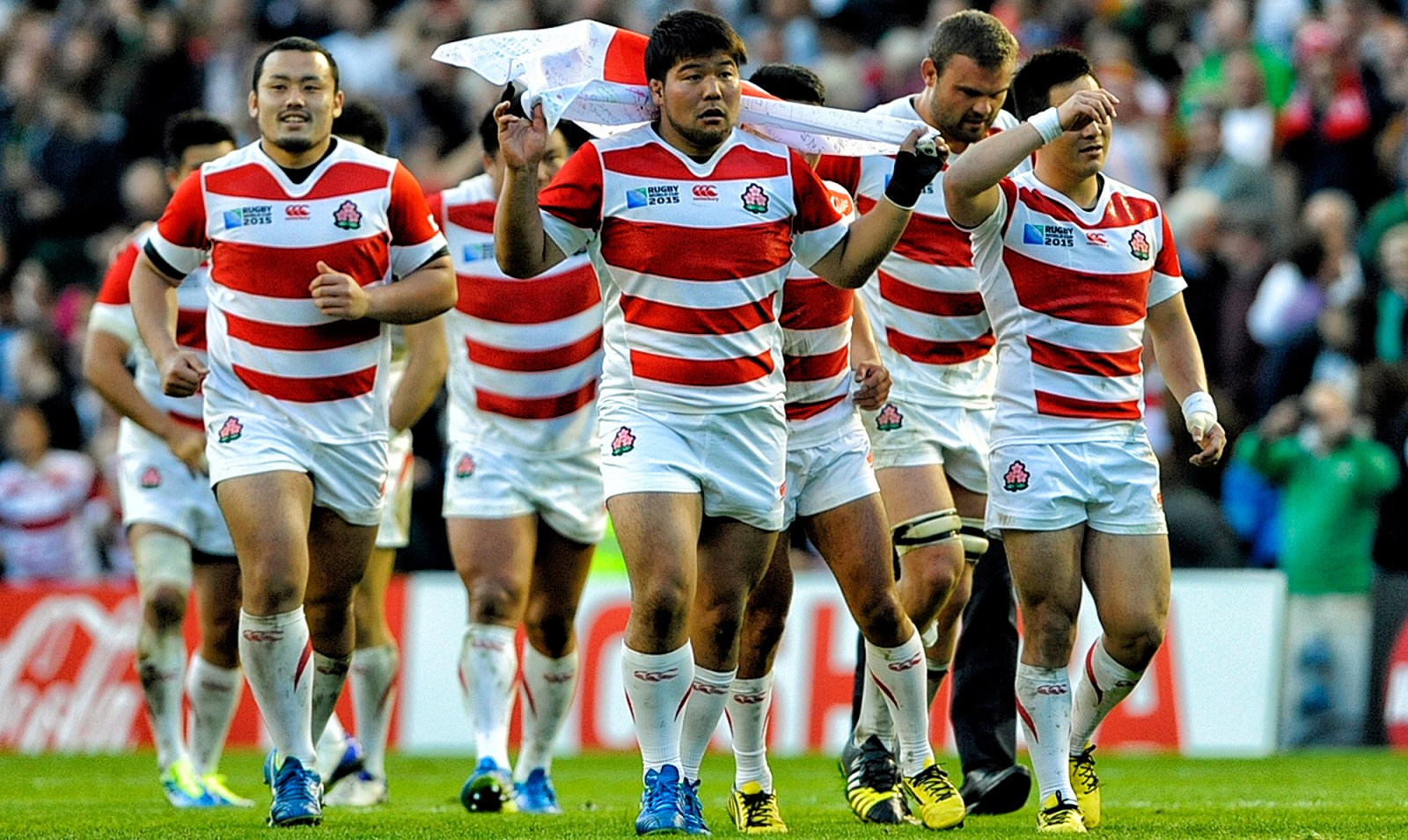 ‘Upset’ is a rather loosely defined term in sport. While some tangible markers can aid the equation (a lower-ranked team beating a higher-ranked one, for example), defining an upset is, in some cases, largely subjective. However, few will argue against calling Uruguay beating Fiji in the 2019 Rugby World Cup an upset.

In their opening game of the 2019 Rugby World Cup, Fiji pushed established power Australia close in the first half.

And though Uruguay are not rugby rookies, the game isn’t fully professional in the South American country. Los Teros had only ever won two World Cup finals games and were ranked nine places below the Fijians. Add to that the fact that they have never beaten Fiji and we’ve got all the ingredients for a big upset.

Sure, Fiji were tired after their opening fixture and Uruguay had fresh legs, but that’s splitting hairs.

The Rugby World Cup is not unfamiliar territory for upsets – and there have been a few notable ones. Here is a timeline of some of the tournament’s shocks. (South African fans, it does mention that game, so look away now.) A brief summary of each game follows below the graphic.

Drag the slider to move through the years.

France 30-24 Australia: The Wallabies were the fancied team to face New Zealand in the final, but one moment of brilliance helped Les Bleus steal a win in the semi-final. Australia were on the receiving end of another upset when they were unexpectedly beaten 21-22 by Wales in the third-place playoff.

Western Samoa 16-13 Wales: Wales have the honour of being the first top-tier rugby nation to be beaten by a rank outsider at a World Cup. The match was played in Cardiff to boot. Put that in your upsets pipe and smoke it.

South Africa 15-12 New Zealand: Now we’re getting into “whatabout” territory. Do your Madiba jive as much as you like, that final was an upset.

France 43-31 New Zealand: France were 10-17 down at the break, but came back to win the quarter-final and impressed so much that TF1, France’s biggest news channel, ran a newsflash.

Another notable result from that tournament was Samoa beating Wales 31-28. After losing to Western Samoa almost a decade prior, the joke was “well at least we didn’t play Samoa”. Ouch.

New Zealand 10-22 Australia: The Wallabies became the first defending champions to reach the final of the tournament when they beat the All Blacks in the semi-final.

New Zealand 18-20 France: These two again. At what point do upsets not become upsets? The hard rules for the timeline is only one match can be visualised. It is almost always an upset when the All Blacks are beaten, especially in a knockout match – so this one is the pin. But 2007 was The World Cup of Upsets. Argentina beat Ireland and France in the group stage (which is why the result against New Zealand stands out so much), and Fiji beat Wales.

Ireland 15-6 Australia: Ireland might be one of the top teams in the world in 2019, but they weren’t quite as refined back then. The Wallabies, reigning Tri-Nations champions, were beaten by Ireland for the first time in the history of the tournament.