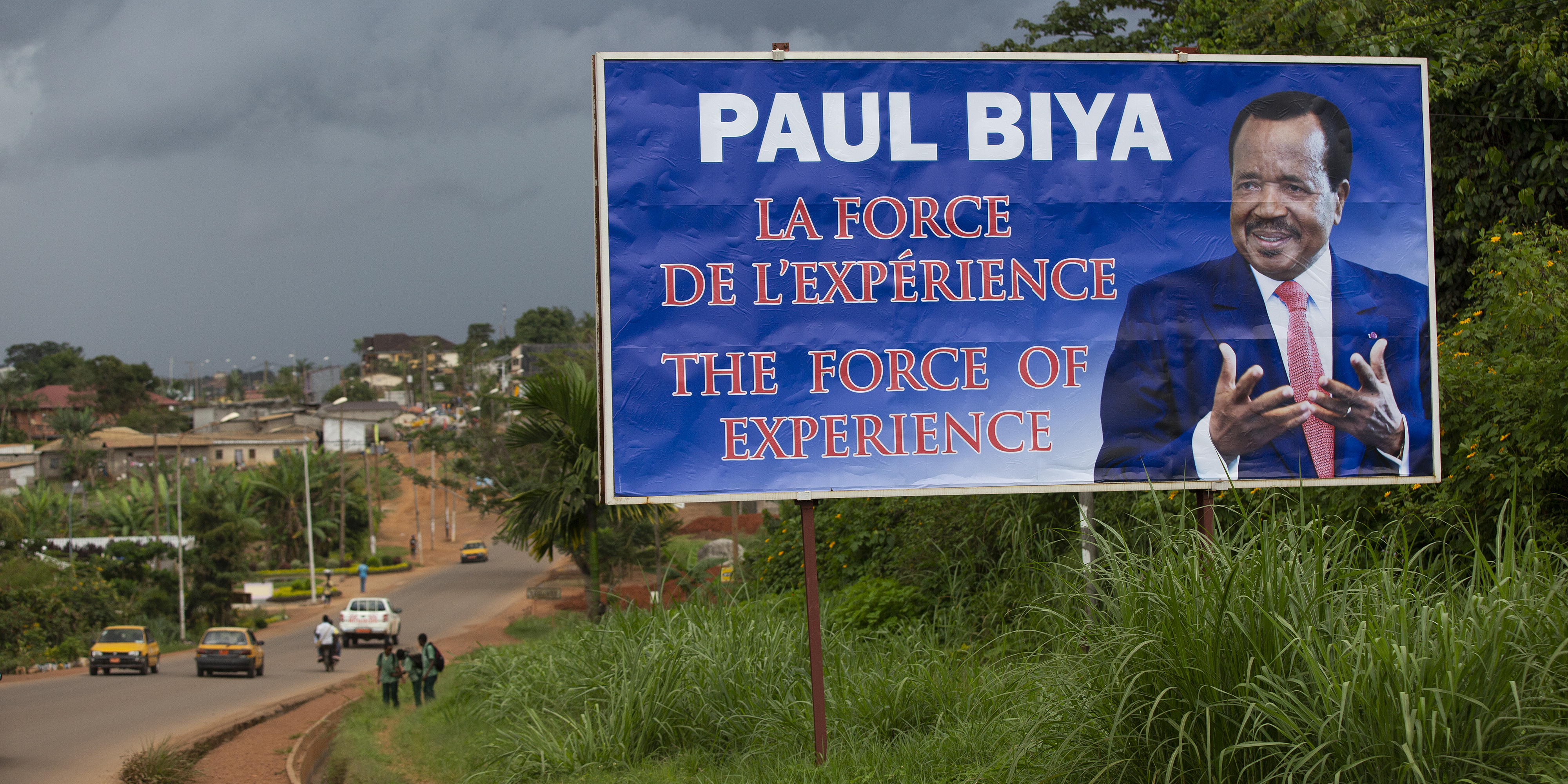 Talks about the Anglophone crisis are an opportunity to overhaul governance institutions and improve state-citizen relations. By Paul-Simon Handy for ISS TODAY

Cameroon’s recently announced national dialogue to solve the crisis that has engulfed its English-speaking North-West and South-West Regions, among other issues, has largely been welcomed. While some analysts see it as a political move, national stakeholders and international partners alike have emphasised the need for dialogue.

The Anglophone crisis is a mere symptom of much broader governance challenges. Cameroon will only find stability if the dialogue addresses its multiple crises and ushers in a gradual, irreversible institutional overhaul.

For decades Cameroon enjoyed relative political and social stability compared to its neighbours – Nigeria, Chad, the Central African Republic (CAR) and Republic of the Congo – who faced intractable violent conflicts and political upheaval.

But in the past eight years this stability has been shaken by three phenomena: the spillover of the Boko Haram insurgency from Nigeria to the northern regions of Cameroon in 2014; the flare-up of federalist and secessionist movements in the English-speaking regions in 2016; and increased organised crime in the eastern regions due to CAR’s ongoing conflict.

The 2018 presidential elections also triggered a political crisis resulting in the detention of opposition figure Maurice Kamto, who was charged by a military court for sedition, insurrection and inciting violence.

In recent years, international media headlines have focused on violent repression by government forces in the North-West and South-West regions. The harsh actions of both government forces and increasingly rogue secessionist armed groups have created significant humanitarian problems.

Cameroonians in English-speaking regions are caught between the often indiscriminate reprisals by security forces and harassment by armed groups. According to United Nations figures, about 520,000 people – mostly women and children – have been forced to flee their homes to already overpopulated urban centres. Another estimated 32,000 people are refugees in neighbouring Nigeria.

This crisis is partly due to the flawed 1990s democratisation process that merely recycled authoritarian forms of governance by ceding only on the most symbolic aspects of democracy. These included elections, a highly regulated free press and some degree of civil and political liberties. In reality, under the guise of fighting terrorism, the government has reinstated a much tighter control of civil liberties.

Another major structural issue that prevents public service efficiency – and is at the root of the Anglophone and other crises – is the overly centralised and inefficient governance system that fails to deliver basic public goods to citizens. The Anglophone crisis has resulted partly from this reluctance by generations of civil servants to consider citizens’ needs.

Broken state-society relations have led to a weak civil society that struggles to define itself or coexist with the dominant ruling party and insignificant opposition parties. Neither the people nor the government have been able to overcome ethnic divides. This has led to a growing disconnect between an (ageing) political class comprising mainly civil servants and the rest of society, especially the youth. The middle class and the Cameroonian diaspora also feel misrepresented by this political class.

It is still unclear who will attend the dialogue and whether its conclusions will be enforceable. But a useful outcome would be acknowledgement of the failure of the current governance architecture, and to design new structures that are centred around the efficient delivery of services.

It has been 23 years since the government made constitutional provisions for decentralisation. But it’s never seemed in a hurry to implement it. For some years, government and the ruling party have refused to engage in discussions on state structure. They would consider such discussions an unacceptable concession to secessionists.

Federalism and secession have been defined as taboo topics. Paradoxically, government’s dogmatic stance has ignited a lively debate about federalism. While this discussion has been driven mainly by Anglophone groups who request the return to the two-state federation of 1961, some new voices, mainly Francophone, have emerged that propose a federal system alongside 10 existing regions or new regional compositions.

The national dialogue offers an opportunity to overhaul current institutions, rethink state form and improve state-citizen relations. However the organisation of national dialogues can often turn into self-serving exercises by exhausted regimes to force various constitutional changes for the benefit of sitting presidents. They barely improve the governance of these countries.

So while the announcement of such a forum is a positive development in Cameroon, much must be done to ensure it meets its objectives and to avoid a continued slide into instability. The dialogue’s conclusions must be binding and enforced in a way that recreates trust in national institutions and creates a sense of a new social contract.

The government could also seek the involvement of an African Union (AU) facilitator. The facilitator would have the dual function of supporting the prime minister in his capacity as head of the national dialogue and providing the international guarantee of neutrality requested by some parties.

Ideally, the AU facilitator shouldn’t be a former head of state, but rather a respected political figure endowed with sound diplomatic skills and experience in managing diversity. The involvement of extra-African facilitation is not needed.

More than ever, Cameroon needs a real and inclusive national dialogue where no subject is considered taboo. Over the past three years, the polarisation resulting from the Anglophone crisis and the last presidential election have led to a worrying trend of ethnic-based slurs in the public space at the expense of real exchanges on how to fix the country. Cameroon cannot afford to miss this opportunity and the AU should help the country avoid greater instability. DM