SHUNTED: The story of a railway junction 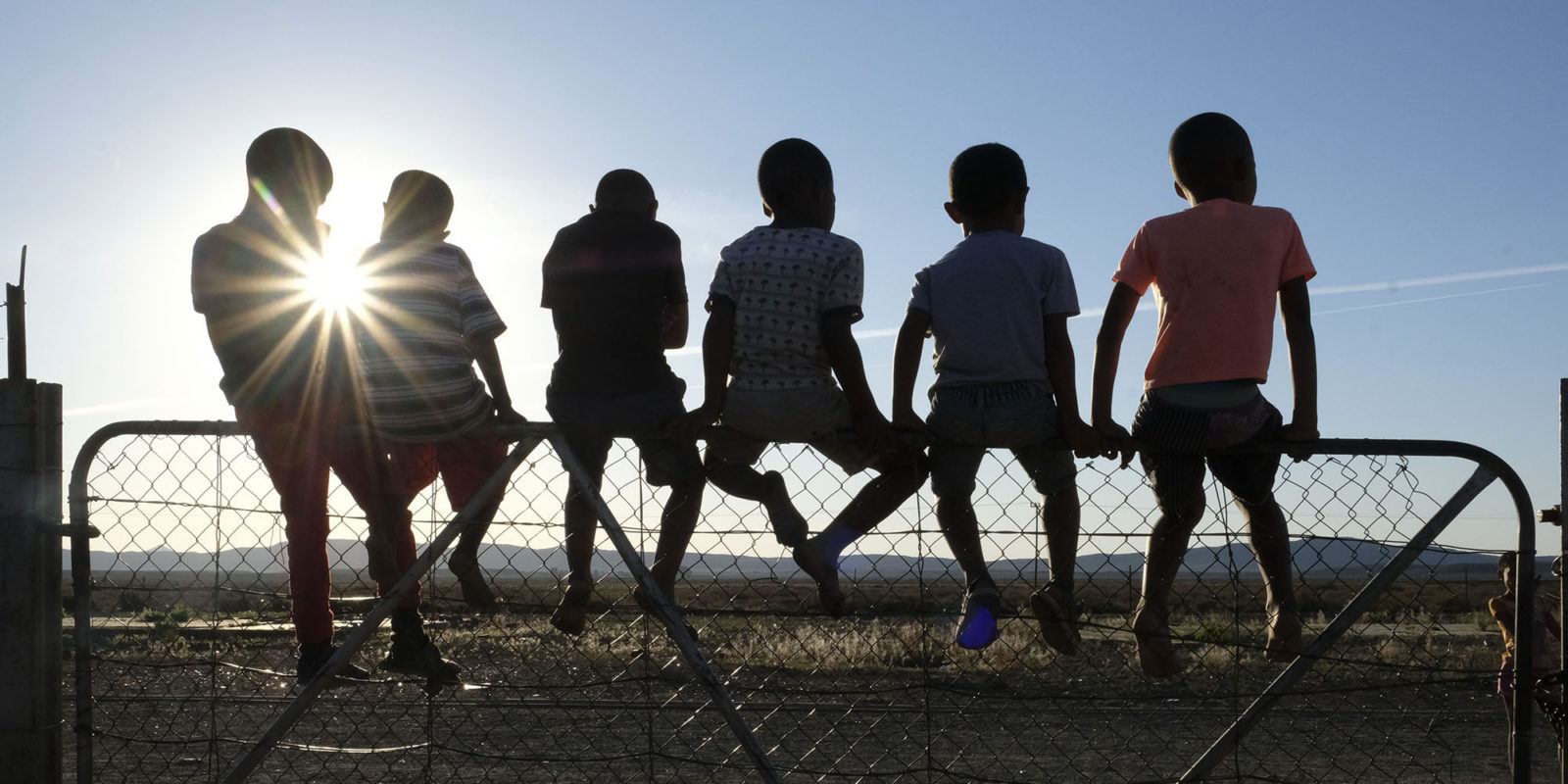 Maria Maseti’s children and their friends watch the sunset from the gate of her house in Hutchinson. (Photo: Eric Miller)

The slow disintegration of the South African Railways over the two decades prior to democracy led to a bleeding out of small towns all over South Africa. What happens to the people left behind at these ghost stations?

South African documentary photographer Eric Miller passed through a tiny dot on the map of the Northern Cape, a railway junction called Hutchinson – where once up to 200 mainline freight and passenger trains passed through every week – and felt compelled to tell the place’s story.

“It’s an extraordinary narrative about the lives of ordinary people in a hollowed-out town. There are layers and layers of complexity, and it includes, but isn’t limited to, transport policies before and after democracy, racial segregation, economic change and social-grant survivalism,” Miller told Maverick Citizen.

Miller wanted to tell the story in a medium other than photography. The result is a film documentary titled Hutchinson: SHUNTED. Next week, at 2pm on Heritage Day (Tuesday 24 September), the people of Hutchinson, Victoria West and Beaufort West will get to see it at a special screening at the Apollo Theatre in Victoria West. Maverick Citizen will be there.

The award-winning photographer shared some of his photographs from Hutchinson with us. MC

By Amy Green for Spotlight