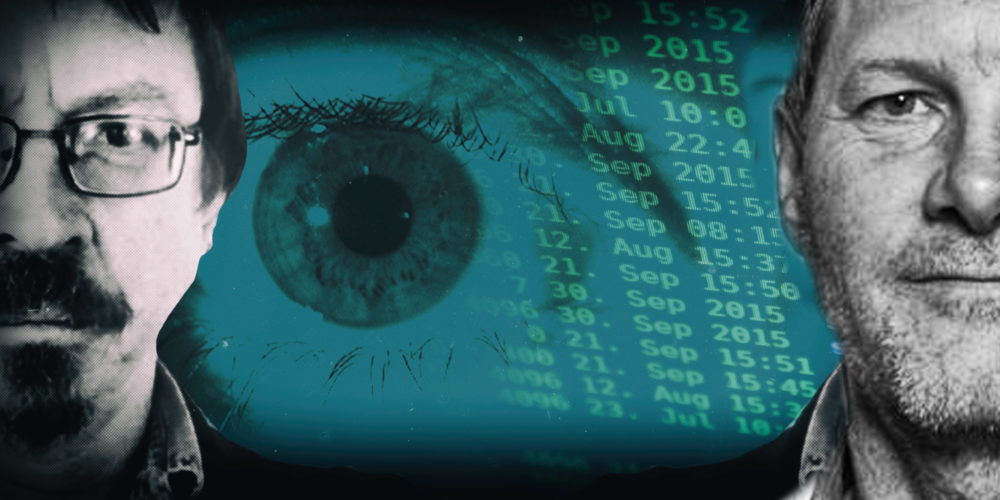 In the era before the advent of Signal and other apps that ensure your communication with confidential sources is safe, journalist and amaBhungane managing partner Sam Sole sensed that his communication was being monitored. He decided to do something about it.

(Disclosure: Daily Maverick is one of the amaBhungane’s main publishing platforms. Read their latest investigation here.)

How do you know that you are being spied on? “We had the sense and in 2008, quite a credible source (told us so),” said Sole. The “we” is him and his long-time companero Stefaans Brummer with whom he runs amaBhungane, the investigations and impact hub that has broken many of South Africa’s most important pieces of investigative journalism.

Then working at the Mail & Guardian, the two laid a formal complaint with the office of the Inspector-General of Intelligence. That complaint resulted in confirmation that they were being spied on. Sole summarises the IGI finding as:

“Whatever was done, was done legally.”

It was an unsatisfactory response, he says. At the time, Sole was investigating the decision to drop charges against former president Jacob Zuma and he was talking to sources in the National Prosecuting Authority.

Those conversations were being tapped by intelligence sources. When Zuma went to court to try to get the corruption charges against him thrown out, his lawyer Michael Hulley attached transcriptions of these conversations to his papers. The transcriptions were of what is today colloquially called “the spy tapes” (taped conversations allegedly made by police and intelligence operatives allied to the former head of state) and while these eventually got Zuma off the hook, they were also proof that Sole’s communications had been intercepted.

“We applied for the interception order and any records they had in their possession, but they (the State Security Agency) wouldn’t give us the motivation — only the judge’s order.”

So, amaBhungane and its tenacious head of advocacy Karabo Rajuili began a four-year court battle to have sections of the Regulation of Interception of Communications and Provision of Communication Related Information Act (Rica) declared unconstitutional because it gives unfettered powers to spymasters, thereby impacting not only on privacy provisions, but also on the rights of journalists to keep their sources confidential.

Last week, amaBhungane’s work paid off handsomely when Judge Roland Sutherland handed down a judgment that is a smackdown to an overreaching surveillance state.

“(I feel) bloody marvellous,” said Sole when asked what he felt when he first read the judgment on Monday 16 September 2019. “It’s a model of clarity and common sense and a ringing endorsement of journalism.”

The State Security Agency and the Department of Justice may well appeal against the judgment which has declared significant parts of Rica to be unconstitutional and has effectively outlawed “bulk interceptions”.

Bulk interceptions are mass monitoring of telecommunications traffic first revealed by US whistleblower Edward Snowden. And while we may not be as aware as other countries of this, it is happening at some scale in South Africa, as an intelligence expert Professor Jane Duncan has written.

“In broad terms, once it is assumed that secret surveillance is capable of justification, the controversial terrain is the risk of abuse, whether by zealous or corrupt officials. Such a risk is not academic in South Africa. The whole safeguards model built into the statute must be examined and the presence of or absence of a right to notice is only one aspect,” said Judge Sutherland. He has given lawmakers two years to fix the defects to better observe or mediate “the tension between privacy and security of both individuals and society at large”.

If you are intercepted, you must be notified and there must be better attention paid to how long your records are held for, the judge has found.

“The choice of duration for the archiving of data is problematic in several respects. In general, it seems that SA has a longer period of lawful retention.”

Sole is particularly happy that the judgment is a resounding endorsement of journalism in general and investigative journalism in particular. For example, Sutherland wrote:

“The dynamic of investigative journalism is the ferreting out of facts by inquiry, largely, from whistleblowers and others who rat on their fellows and their bosses. The need to keep secret these sources is axiomatic to the exercise.

“Despite much lauding of the role of the media and the express guarantee of freedom of expression and of the media, in particular, there has been a reluctance to take the next step needed to recognise journalists as a special class of persons whose intrinsic working methods warrant special protection, such as lawyers enjoy.” The judge went on to order that such protection be extended immediately.

When we spoke, Sole was making Moroccan butternut with paneer for his family. I could hear spice bottles grinding and pots clanging. By reputation, Sole is a family man first and foremost to his wife and two daughters. Since 1986, his work has reverberated around the country and the world.

Some of the investigations he was involved in unmasked the third force working to destabilise political change; then he uncovered the apartheid government’s chemical warfare plan (no doubt helping thwart it) and since then, his name has graced the biggest and best works of investigative journalism that turned the curve on State Capture to offer South Africa another chance to fashion a decent social democracy.

As he cooked, I asked Sole what drives him after 33 years as a journalist.

“I guess I’m a frustrated policeman. I like the thrill of the ‘gotcha’ moment and being able to join the dots.” DM