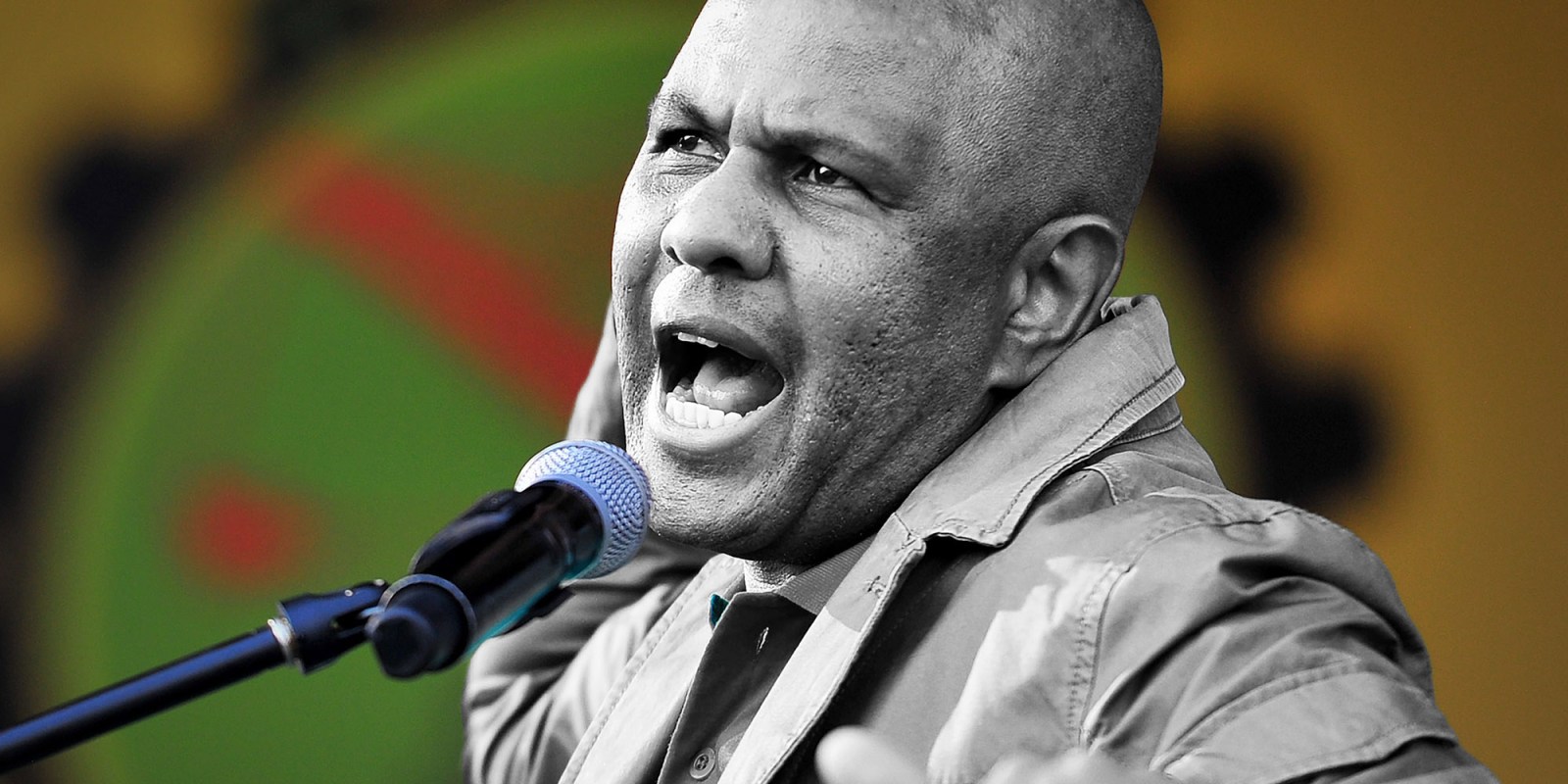 Amcu’s three-day national congress ended with Joseph Mathunjwa retaining his presidency after no one challenged him for the position. The next big test for Mathunjwa will be the platinum wage talks, which could see a strike vote that legally must be done by secret ballot.

Joseph Mathunjwa remains president of the union he founded, the Association of Mineworkers and Construction Union (Amcu), after he was elected at a congress at which he was the only candidate up for the position. This was no surprise.

“I am not a great leader, but I am good… Hitler himself was great, but not good,” Mathunjwa, enigmatic at the best of times, was quoted as saying at the end of the union’s three-day gathering on the East Rand. Mathunjwa, a devout Christian, also evoked God:

“As leaders, we must serve God’s people, and God will serve us, our needs must never be at the expense of the people we lead.”

The overdue national congress was Amcu’s first since 2013 and is one of the boxes it needed to tick to prevent the labour department from revoking its status as a union. The platinum sector will now be the focus of Amcu and Mathunjwa’s attention. Platinum wage talks have been dragging on and Amcu has called a dispute with employers Sibanye-Stillwater and Anglo American Platinum (Amplats), but the process is ongoing and external mediators are not yet involved. That means a legal strike declaration is some way off.

The stakes are high. Amcu emerged from more than a decade of obscurity in Mpumalanga when it exploded on the platinum belt in 2012, dislodging the once-dominant National Union of Mineworkers (NUM) in a violent turf war that rumbles on, often behind the scenes, to this day. Now that his hold over Amcu has been reaffirmed, Mathunjwa, whose tone on issues of capital and labour remain as shrill as ever, may want to make a splash. His reputation as a class warrior is almost second to none: he led a five-month strike in 2014 that brought the platinum sector to its knees. Lonmin, already fatally wounded by the Marikana massacre, never recovered, and earlier this year was swallowed by Sibanye.

Having said that, Amcu’s five-month strike in Sibanye’s gold operations, which ended in April, was a spectacular flop after its members were humiliatingly forced to sign the same wage deal that rival unions had agreed to without downing tools. Its members lost five months’ worth of wages, nine people were killed and Sibanye’s earnings suffered. In short, there were no winners.

Still, there are signs that Amcu’s militancy has limits. Its initial platinum wage demands for its lowest-paid members were for hikes of between 45% and 50% at a time when inflation was only 4.3%. However, in the past its demands have been 100% or more and it has since tempered those to closer to 13% to 15%. The companies are, for the most part, making money and have made decent offers.

“We think the offers are fair and reflect the different operational and financial circumstances of the Rustenburg and Lonmin operations,” Sibanye spokesman James Wellsted told Business Maverick. “Amcu’s current demands would negatively affect the sustainability and longevity of the operations.”

Sibanye’s latest and revised offer at its Rustenburg platinum operations, which it acquired from Amplats, is for R700 a month in the first year, an increase of about 6.5%. In year two the increase would be R750 a month and in year three R800. Basic pay for the lowest-paid miners at those operations is currently R10,800 a month. But that is not the complete picture.

When various allowances are added, the total package – or cost to company – is around R18,000 a month per employee. Amplats has not disclosed its offers. This is in contrast to Amcu demands of R1,500 a month extra on basic pay. There is still a wide gap between what Amcu says it wants and company offers, but it is slowly closing and is far from the yawning gulf that existed in previous talks.

Then there is the issue of a secret strike ballot, which Amcu is strongly opposed to but will almost certainly have to comply with if it reaches the stage where it seeks a strike mandate from its members. New legislation that requires strike votes to be conducted by secret ballot could be a game-changer – do Amcu members really want to down tools and lose wages over a protracted period of time when they are being offered pay hikes exceeding inflation? That will be a bigger test of Mathunjwa’s leadership, and influence over Amcu, than the one-horse race he just won. BM