All Blacks draw first blood in an eye-wateringly intense match 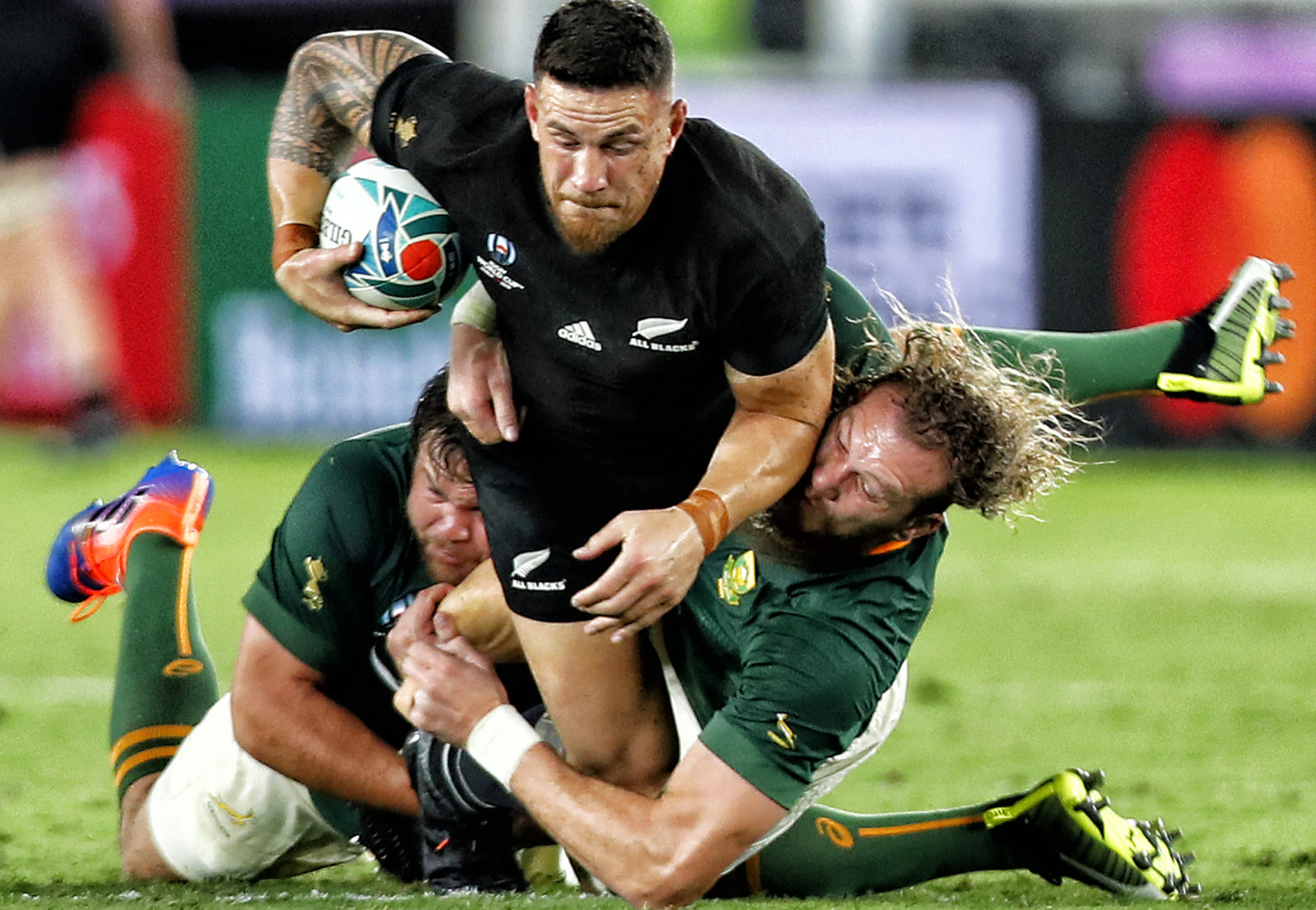 What was obvious before this salivating Rugby World Cup 2019 Pool B clash between heavyweights New Zealand and South Africa, remained so after 80 minutes of eye-wateringly intense rugby in Yokohama.

There was hardly anything to choose between the two teams. They sent out a warning to the rest of the competition – as if one were necessary – that they are the standard all teams have to reach at this tournament.

That’s not to say this was an error-free encounter – far from it – but it was a match played with so little time and space and where the tiniest mistakes were magnified, that very little will compare in the remaining 44 matches at RWC 2019.

The All Blacks have virtually ensured that they should win the Pool now and it wouldn’t be a surprise if the old rivals meet again at the same venue on November 2, to contest the World Cup final.

Going into the match, the last four meetings between the two southern hemisphere giants had been decided by four points or fewer. Although the difference was 10 points this time, in reality, the scoreboard disparity came down to two errors.

A knock-on when fielding a high ball by Bok No 8 Duane Vermeulen turned possession over. In typical fashion, the All Blacks used the broken field to punish the Boks to the maximum when wing George Bridge crossed for a try two phases later.

That was the beginning of a wild six-minute period where New Zealand scored 17 unanswered points after Bok flyhalf Handré Pollard gave his side the lead with an early penalty.

New Zealand’s second try, scored three minutes after the first, came courtesy of lock Scott Barrett. It was the result of a delightful midfield break by centre Anton Leinert-Brown, who jinked his way through flailing arms of Malcolm Marx and Franco Mostert.

The move had its genesis in another coughed up the ball following a high kick, Pollard being the guilty party this time.

Still, there was a chance to snuff out the ensuing attack but the two Bok bruisers were left sprawled on the turf, clutching nothing but humid Yokohama air as Leinert-Brown ghosted between them.

Mostert and Marx might have had weight and power advantage, but they were no match for Leinert-Brown’s light feet and sharp mind.

It was a microcosm of the difference in the final outcome. The All Blacks were ruthless in taking the few chances presented while the Boks were profligate with much of the possession they enjoyed.

Overall the Boks had 53% possession and 59% territory and they carried for more attacking metres (372m) than the All Blacks (367m).

South Africa won more rucks but they missed 35 tackles. Of those 23 came in the first half and almost all of them in that 10-minute spell when the All Blacks turned the screw with those two tries.

For the opening 15 minutes, it was all South Africa as they pounded at New Zealand’s line. Like so many times before in their 98 previous meetings, the All Blacks played on the edge of the offside line, often straying beyond it, which went unnoticed by referee Jerome Garces.

But it’s always been the way. If officials give the All Blacks a finger, they are going to take an arm. They did, and the Boks were too one-dimensional in their attack to find a way through the black wall.

One-off runners, tactical kicks for wings Makazole Mapimpi and Cheslin Kolbe to chase, and attempted rolling mauls from the few lineouts in good positions they had, was the Bok plan.

Unlike in Wellington earlier this year when the sides drew 16-16 and New Zealand struggled with the aerial assault the Boks rained on them, the All Blacks coped comfortably in Yokohama.

They also profited from their own kicking game, as the two first-half tries suggested, and they were clever in working flank Ardie Savea into space in the tramlines. It flustered Mapimpi at times.

Still, the Boks had their moments and although the scrum didn’t enjoy the dominance they’d hope for, and their rolling mauls were shut down at the source, they created chances.

Kolbe was sensational and twice he found space where none seemed to exist. His pin-balling run down the right-hand touchline, which led to flank Pieter-Steph du Toit’s try early in the second half was his best moment.

Later Kolbe nearly carved a way through again as he bounced and stepped between defenders like water through a closed fist. Only a last desperate bump upended the livewire wing.

Kolbe should also have scored late in the game after lovely midfield break by scrumhalf Faf de Klerk in tandem with fullback Willie le Roux. But Le Roux threw a desperately poor pass, which even the seemingly superhuman Kolbe couldn’t pick up off his laces at full speed.

It was that kind of day for the Boks.

Small errors magnified ten-fold in the heat of this battle, a couple of soft moments and the most cold-blooded opponent in all of sports, led to inevitable defeat.