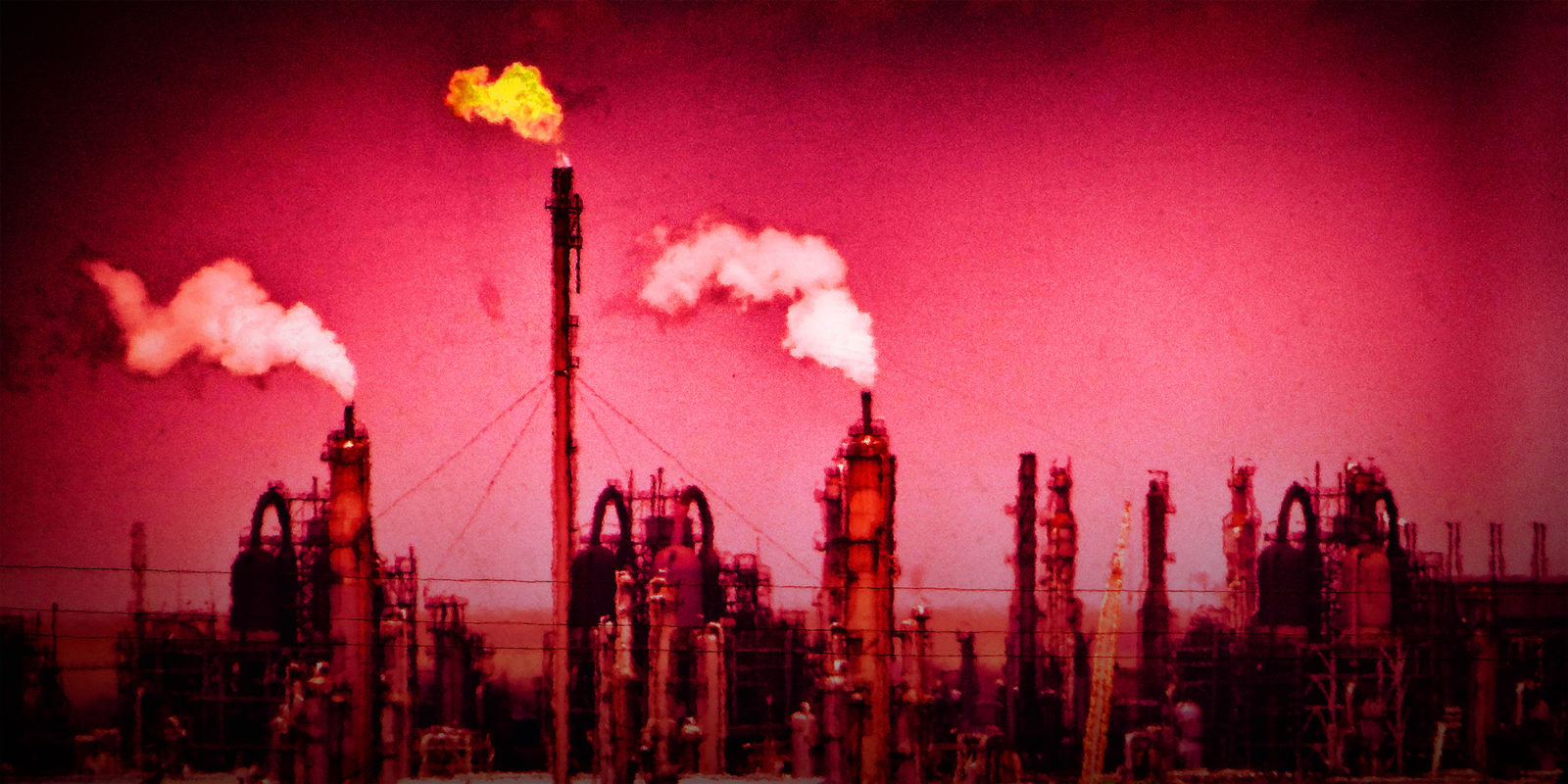 Sasol Secunda Facility Benfield units Phase 1 and 2. The sole purpose of the Benfield is to remove CO2 from the Feedgas from Synthol. The Benfield circulation Regen column releases the CO2 and steam into the atmosphere. Each Benfield has a Feedgas flow rate of 400 000Nm3/hr, of which 12% is CO2. So about 48 000Nm3/h CO2 into the atmosphere per column per hour, 7 days a week, 365 days per year. There are 4 Benfield Regen columns on the Sasol Secunda facility, 23 February 2019. Image: This file is licensed under the Creative Commons Attribution/Wikimedia

Petrochemicals group Sasol has assured employees at its mining division that 'no decision' has been taken to sell the unit. This is in response to a Bloomberg report that its disposal was under consideration. But that doesn't mean that it absolutely won't be included in a proposed asset divestiture programme.

In an email to employees at its mining unit seen by Business Maverick, Sasol told the workers that “no decision has been taken to sell Sasol Mining”. This was in response to a Bloomberg report on Thursday, 19 September which, citing unnamed sources, said the company was planning to sell its South African coal mining business.

Sasol, which is has been hit by escalating cost overruns at its mega-US chemicals project, is undertaking a review of its global portfolio and announced in May that it was targeting the disposal of assets with an aggregate net asset value exceeding $2-billion.

“Sasol’s asset review process extends across a number of assets in the entire global portfolio. The review process includes a number of phases and Sasol is currently in a feasibility phase for the potential sale of some of its assets. The outcome of this feasibility process will determine the viability of a divestment – if at all – for a final decision to be made at the appropriate time,” said the email, which was signed off by senior vice-president Lucky Kgatle.

“It is important to note that this review process has not yet been concluded and that no decisions have been taken, despite what you may have heard or read in the media. As Sasol progresses with this process, we will update any affected stakeholders as appropriate,” the mail said.

This, of course, holds out the prospect that the asset could, when the review process wraps up, be put up for sale. The memo has not emphatically said that the business will only be sold over the dead bodies of its board members.

Sasol is the world’s biggest producer of coal from fuel, so it is hard in some ways to imagine the company without its own supply of the commodity. The mining business in 2018 posted earnings before interest and tax (EBIT) of R5.2-billion, a 41% increase on 2017, a year in which earnings were impacted by a strike. It produces about 40 million tonnes of coal per year.

But Sasol has also been in the sites of climate activists because of its extremely heavy carbon footprint. Its Sandton headquarters on Friday, 20 September was the scene of a protest march. And investors are increasingly shunning coal. All of this will give the board plenty to think about in an age when environmental, social and governance (ESGs) issues are all the corporate rage.

This is clearly a space to watch. The memo from management is that no trigger has been pulled. That does not mean that the mining business is not a potential disposal target. BM