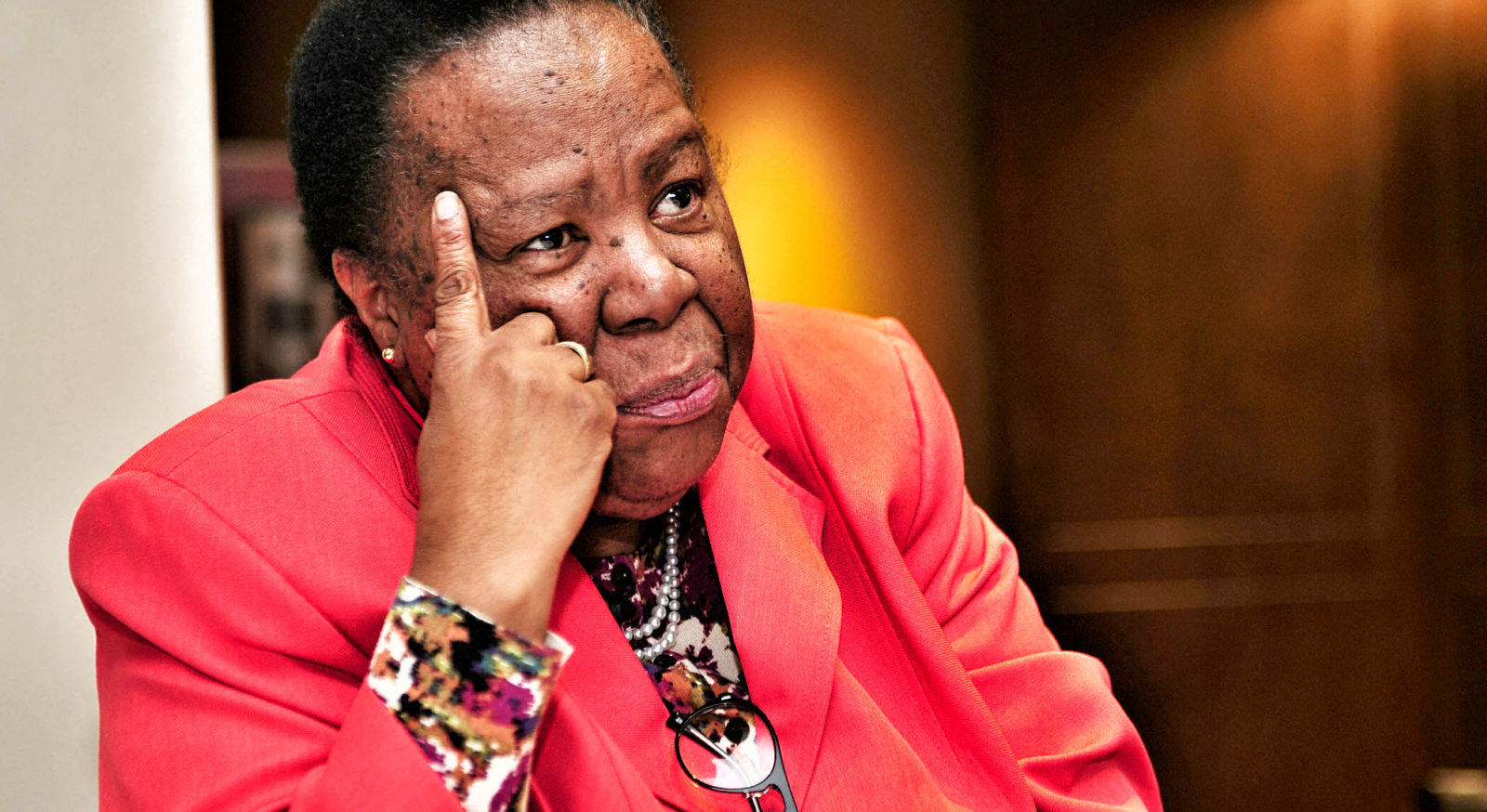 International Relations Minister Naledi Pandor did not utter the word “xenophobia” in her first meeting with representatives of African diaspora communities in South Africa. Instead, she described a more complex problem of “acts of anti-African violence” and had some stern words for fellow African leaders who, she said, are forcing their citizens into something similar to slavery again.

There was a mixture of solidarity and criticism in International Relations Minister Naledi Pandor’s address on Friday to a room packed with representatives from, among others, the Ethiopian, Nigerian, Zimbabwean, Pakistani, Bangladeshi, Malawian, Congolese, Cameroonian and Rwandan communities in South Africa. The meeting was held at her department’s headquarters in Pretoria and follows on a host of other engagements, including the one last week with diplomats from other African countries. It was by no means a novelty – her predecessors hosted the gatherings like this, too, following many outbreaks of xenophobic violence over the past decade or so.

Pandor, who was “supposed to be in New York right now preparing for something I have never had to do”, i.e. standing in for President Cyril Ramaphosa at the United Nations General Assembly and all the side events,’ spoke only for 20 minutes, and in her speech she asked those present to help her find solutions. She also, however, implicated those African leaders who reduced their nationals to living in slave-like conditions by forcing them to eke out an existence in other countries as economic migrants. After all, she must have been reminded of this again during her weekend trip to Harare, Zimbabwe, to attend the funeral of former president Robert Mugabe, whose legacy of poverty and hardship has forced millions of Zimbabweans to faraway countries, most of them across the border to South Africa. At that same funeral, Ramaphosa was forced to apologise to the booing audience for the violence meted out at home by South Africans.

“We have to end the existence which makes our people suffer endlessly from economic stagnation, from crime, and many preventable and curable diseases,” Pandor told the meeting. “The condition of our continent must change, and we must send a clear message to all our leaders we expect this change, not just in SA but in all the countries on the African continent.

“No leader should be allowed to get away with allowing degradation and expecting someone else to provide a response to their countrymen and -women. All our leaders must commit to the development of all our people and we must put that on our agenda as well.”

Pandor compared the fact that people are forced to leave their countries and live in poor conditions by lack of choice to the slave trade of old. She said all Africans together were “faced with the challenge of defeating the political and economic conditions that, as we speak, condemn the majority of our fellow humans, particularly in poor countries, to the conditions similar to the ones that many of our people have experienced on the slave ships that took our people away from the continent.” This is “a state where they live as though they are imprisoned in the bars of a single jail with no opportunities, with no chance of a different life.”

She said not enough was being done by many countries to pursue economic development and opportunities for their people, and to develop young people’s skills so that they can choose what direction their lives would take.

South Africa was, however, not let off the hook either.

“Community members in some areas of South Africa are feeling alienated and displaced. They feel they lack opportunity, they feel they lack jobs,” she said, adding that this was one of the issues that arose from her meeting with diplomats. (She didn’t, however, point fingers to her own government or the infighting in the governing ANC that has led to a lot of the current problems.) She said in turn, “those who come to live in our country feel that they live in fear, they live in an atmosphere of rejection.”

Pandor said she supported police action against perpetrators of crime, without specifying whether she referred to the violence by South Africans or to the accusations by some that foreign nationals come here to do crime. Presumably it’s the former, because she said “we have had many suspects arrested and I am looking to our justice system to ensure that these suspects will appear in court speedily and that they will be imprisoned if they’re found guilty,” but then, with reference to the long-term solutions mentioned above, added, “we need to find a way of going beyond that.”

Journalists were not allowed to stay for the discussion or aftermath, so it’s hard to tell how the attendees responded. Pandor, in fact, seemed a little irritated that journalists were present at the meeting at all. Earlier this week she blamed the media (wrongly) for pushing the xenophobia narrative. She also did mention that she was tired of seeing “fake news on YouTube”.

Before speaking, Pandor fairly skilfully defused some anger at the short time allocated to the meeting and the possibility that it would just be yet another talk shop. In reality, this meeting was still short of actually, practically doing something. It still had the feel of diplomacy, just as it was with Ramaphosa’s envoys to a number of African countries to rebuild the burnt bridges, and just like the failed efforts to address this problem by his predecessor, Jacob Zuma.

Vusumuzi Sibanda from the African Diaspora Forum didn’t have much hope that this meeting would solve any of the problems the legion meetings before this failed to:

“The Minister said we will have future meetings, and we’re holding onto that. But other than that we were disappointed by the way media was handled, as well as the whole dialogue. It felt like déjà vu,” he said. “We are keen to engage with the government, hence we are keeping an open mind, but with less hope.”

Pandor, too, seemed tired of talking. She remarked that talking about the “anti-African” violence for the past 10 days isn’t the only thing she should be doing in her portfolio. A member of the audience pointed out that the minister of home affairs should have been at the meeting too, although Aaron Motsoaledi is perceived as having made anti-foreigner remarks when he spoke about the health system being burdened by immigrants. Perhaps he wouldn’t have been a good choice for hosting and addressing such a meeting.

For now, the test for Pandor and Ramaphosa will be whether they have the actual courage to call out fellow African leaders when they, for instance, hang onto power for 37-plus years or use state agencies to terrorise their own people into becoming asylum seekers elsewhere. DM