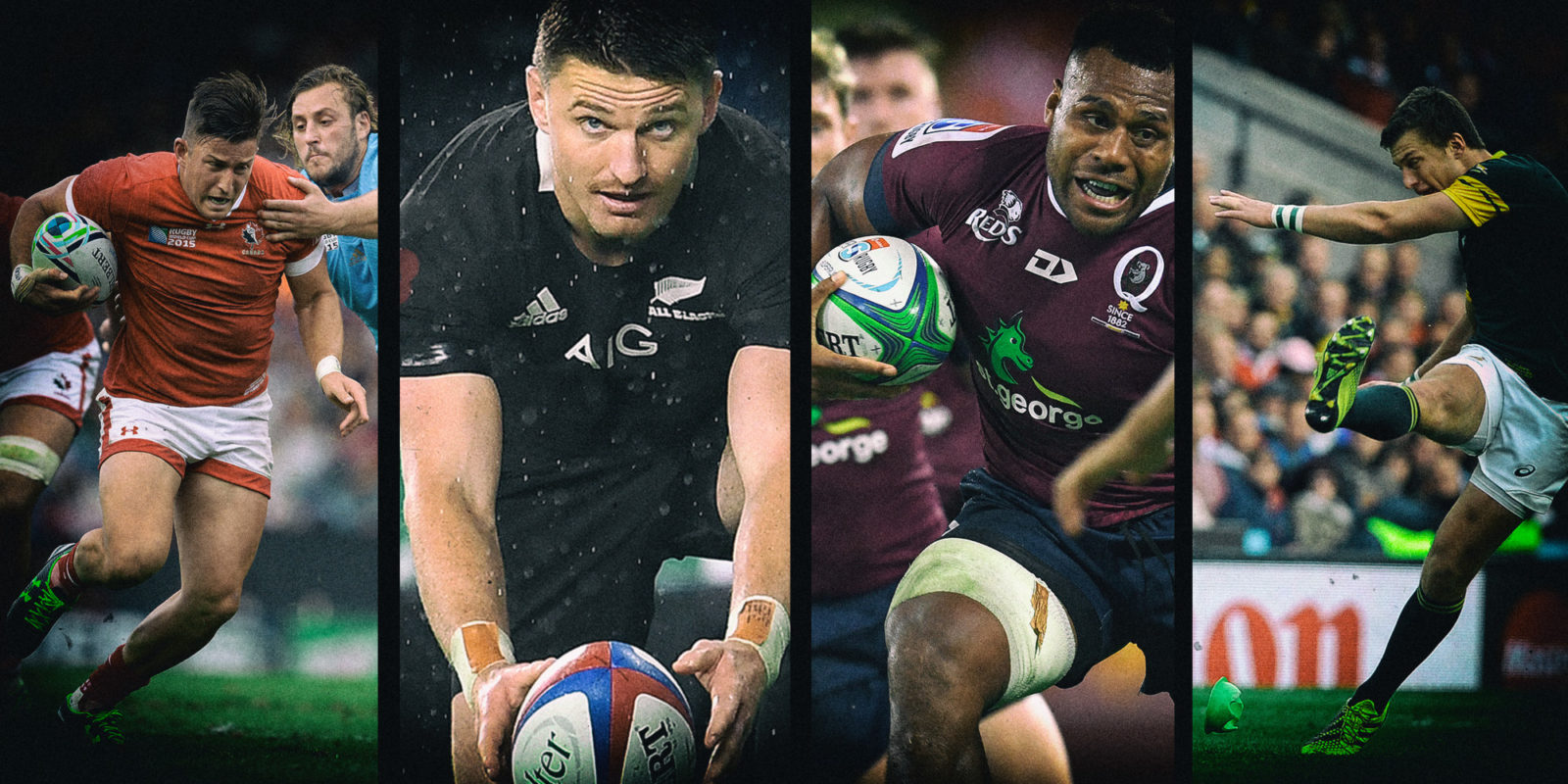 The talk of the town currently is the Rugby World Cup, which will take place in Japan from 20 September to 2 November. Here we take a look at some players who might be key in helping their teams reach their respective goals at this year’s edition of the rugby spectacle.

Johnny Sexton’s decision making and timing is what makes him world class. The 2018 rugby player of the year can kick well, he can run with the ball when needed, he tackles aggressively and he controls the game effortlessly. If the number-one ranked rugby nation is going to have a fruitful campaign, the flyhalf will have to be front and centre of everything they do.

Beauden Barrett is arguably the best number 10 currently on show in international rugby. He has lightning speed and can do freakish things with the oval-shaped ball in hand. Whether at fly-half or full-back, the New Zealander has the quality to change a game with one play. With an ability to almost look into the future, and create something out of nothing, he will be key for the All Blacks as they look to go all the way in Japan.

Since the last Rugby World Cup Owen Farrell has kicked 100 percent during the last 10 minutes when kicking a decisive goal to equalise or win an international match. The English captain is a well rounded player who is the pivot of the English team, teetering ever-so effortlessly between defence and attack.

The South African World Cup squad is blessed with a plethora of talent. Any of the players can be pivotal in deciding games in the tournament. Admittedly, because of being in the company of talents such as Faf de Klerk and Damian de Allende, Handre Pollard’s workload and responsibility is not nearly as much as his fellow world class fly-halves. However, his performances will still be pivotal in driving the Springboks to the Webb Ellis cup.

Whatever Wales do in this campaign will rest squarely on the hulkian shoulders of their captain, Alun Wyn Jones. The man will leave literally everything on those Japanese pitches, blood, sweat, more blood, skin; everything. He is a human wrecking ball and will be a marvel to watch.

Undoubtedly, had he been eligible, Australia’s campaign would’ve evolved around the mercurial Israel Folau. As it is, for non-rugby related reasons, Folau is not in Japan. Enter Samu Kerevi. The Wallabies centre was born in Fiji but has been firmly entrenched in Australian society and the Australian rugby team since moving Down Under about 20 years ago. This tournament could be the one where he announces himself to the world.

The 27-year-old fleet-footed full-back has for the longest time been the shining light for a struggling Scottish side. Almost 70 caps later, he is still going strong and will undoubtedly be looking to make his mark in Japan. He is strong defensively and possesses potent ability with the boot as well.

According to bookmakers, Namibia’s chances of winning the World Cup are 75,000:1. That’s also the probability of seeing Guilhem Guirado smile. The no-nonsense Montpellier front-rower, who is set to feature at his third World Cup, is the captain of the French team, and has been since 2016. The French side is rather erratic, so no one knows which one will pitch at this World Cup. If they do bring fireworks, Guirado will be right at the forefront.

Having moved to Japan from New Zealand with his parents, the Japanese captain thoroughly bought into Japanese culture and the values with which it has for so long functioned. Which has made him a cult hero in Japanese rugby circles. Leitch is the embodiment of bravery and a never-say-die attitude. Whenever Japan is need of some inspiration as they bid to make it to the quarter-final for the first at a World Cup, he will step up and do the job; or die trying.

Boffelli was in the selection mix for RWC 2015 but didn’t make the cut – and then he had to wait until 2017 to make his debut because of injury. Now the 24-year-old is a regular at full-back and opponents will be wary of his ability with ball in hand, as well as his accuracy off the kicking tee from long distance.

The winger is so, so good, and once he gets into full stride, he resembles a rabbit darting from left to right as it tries to escape being eaten. Except in this instance he is usually the predator and not the prey, darting for the opposition try-line. He will be a marvel to watch.

The United States of America come into this World Cup as arguably the most improved team since the last World Cup. They’ve unearthed some gems to bolster their roster. Players like Nick Civetta and Joe Taufete’e. However, fly-half AJ Macginty is the crown jewel in US squad. He can read the game and makes the US tick.

Captain, Italy’s most-capped player, third most-capped player worldwide, the 36-year-old will be playing in his fifth Rugby World Cup. He is considered one of the best players to don the number eight jersey and will be at the heart of everything the Italians do in the tournament.

The 25-year-old fly-half, who won his first cap in the recent Pacific Nations Cup, has impressed Tonga coach Toutai Kefu with his form in Spain and the coach will be looking to him to lead the islanders’ attack.

Nanai-Williams made the cut into the World Cup squad by the skin of his teeth due to an injury which he is still trying to shake off. So, it remains to be seen how much of him we’ll see in the early stages. However, he is arguably Samoa’s best player, and definitely their most exciting. He is quick, he is balanced and just exciting to watch on his day.

Every time Kessler steps on to the rugby field he displays workmanship, efficiency and precision that the Germans would be proud of. He is a great scrummager and good around the field. He has scored more tries as a tight five forward than any other player in Uruguay’s Test history (13), eight of which have come in his last nine games.

The 25-year-old former Mixed Martial Arts (MMA) fighter made his debut for Russia back in 2015 and will a vital cog for the Russian Bears. As his former occupation suggests, he is not someone who will back down from a fight and will charge at anything in his path as tears down the flank.

The scrum-half is set play in his second World Cup at just 24 years. He is a live wire and should be a joy to watch regardless of how his country performs.

This try-scoring machine with a name whose length is only bettered by the Nile River was born in Worcester, South Africa. He, along with captain Tyler Ardron, is essential to everything that Canada does. Even though the Canadians are not expected to light up the World Cup, Van der Merwe will be a flickering flame for them throughout. DM