‘The abuse of women is bad,’ Bheki Cele tells committee 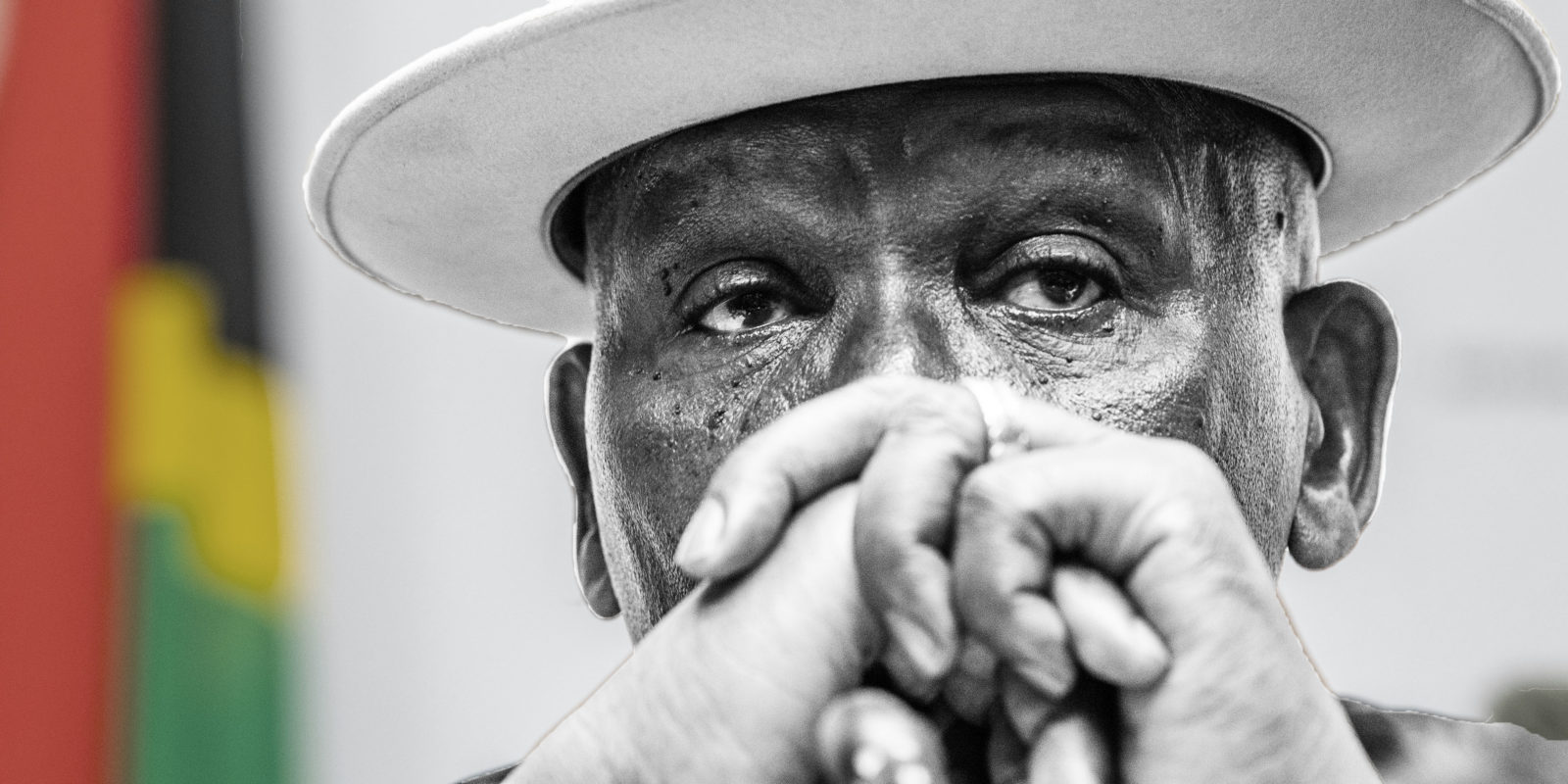 On Wednesday, Police Minister Bheki Cele attended a Parliamentary police committee meeting after last week’s crime statistics were met with harsh criticism of his department. Cele told the committee he was not there to toot his department’s horn, saying: ‘I don’t think we are where we need to be yet.’

The same day the sexual assault charges against former ANC Western Cape chairperson Marius Fransman were withdrawn, Police Minister Bheki Cele told members of the police committee that people who experience sexual violence are often too afraid to report their assault, or follow through after reporting.

Last week, Cele revealed that the number of reported sexual offences had increased by 4.6% during the 2018/19 financial year.

“The abuse of women is bad, it is bad and it’s a daily occurrence,” Cele told those present.

He questioned how many people know the names and faces of the women who have been murdered since Uyinene Mrwetyana, the 19-year-old University of Cape Town (UCT) student who made national headlines after she was brutally raped and murdered.

“They are still women,” said Cele. “Let’s not forget that.”

Cele also acknowledged the issues survivors of sexual assault may experience in trying to report their assault to a male police officer.

“I am a man. I can’t imagine how a woman must feel to come report to me how she was graphically raped, that does have a psychological effect.”

He has committed to training more women, not to “womanise” the issue of sexual violence and delegate it solely to the realm of women, but to ensure that survivors of sexual abuse do not leave their case unreported because they are too afraid to talk to a man.

“Anything that we can do to make life easier for women who are taking these matters forward, let it be,” said Cele.

“If my calculations are correct, it means 41,583 men and women were raped during the last financial year. And then when you go to another statistic about children, 2,657 children were involved in rape. Either they were raped or they raped someone… you could put these people into a city and say everyone in this city has been raped.”

According to the crime statistics, reported rape cases have decreased from 48,259 in 2009/10 to 41,583 in 2018/19. Although North West and Western Cape were the only two provinces that reported a decrease in sexual assault cases, eight of the 30 police stations with the most reported cases of sexual violence are located in these two provinces.

In an attempt to fight what she called the “war against women and children,” Joemat-Pettersson asked Cele if the department had enough resources, or if additional resources should be made available.

“We are in the township when it comes to finances, we would love to move to the suburbs,” Cele responded.

With regards to “the resources and the numbers”, the national police commissioner, General Khehla Sitole, laid out the facts bluntly.

The SAPS is short of 62,000 members needed to increase visibility throughout the country.

“Over and above the 62,000 shortage, the Directorate for Priority Crime Investigation is functioning at 50%. They are currently short 2,800 members to respond to crime now. With this shortage, they can never reclaim their position as being an elite investigation organisation,” said Sitole.

The commissioner raised what he called “the shortage reality” in response to a query from the Democratic Alliance’s Andrew Whitfield, who questioned why more resources are not deployed to known hot spots.

According to the statistics, most crimes are committed over the weekend (including Monday morning). The highest number of murders are reportedly committed between 9pm on Saturdays and 3am on Sundays. (The safest time is between 3am and 6am on a Thursday morning).

“Because of the shortage of numbers, they deploy to all the hot spots, but then they are left with open areas because the numbers can’t cover everything. And criminals are aware of that. They know which areas to exploit.”

In his response to the committee, Cele highlighted that violent crimes such as murder most frequently occur in areas where police presence is needed the most.

Joemat-Pettersson acknowledged that the committee did not have enough time to ask all of its questions, and tasked the National Police Commission with providing action plans, because “our country is tired of talking.” DM

*Note: Western Cape Premiere Alan Winde in Parliament today said: “Tomorrow we will make an announcement of the biggest, the most comprehensive, the most expensive safety plan of any province, ever, in South Africa.” This reporter will follow the story.

Disaster regulations are not open to interpretation, as some ministers seem to think

Activists in Makana municipality case fear for their lives

The social work sector speaks out: A radical response is urgently needed