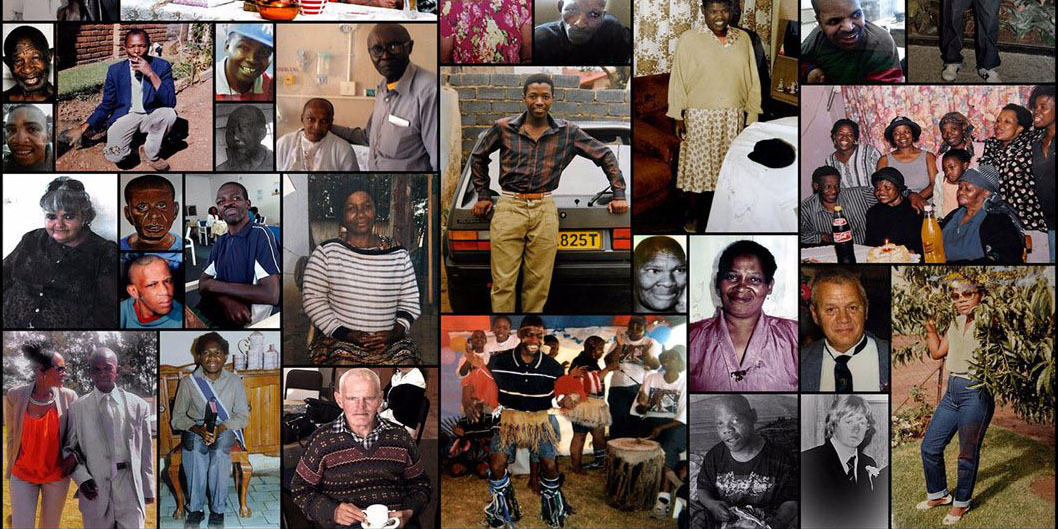 A photographic collage was presented at the hearings by Section27 in memory of the mentally ill patients who died in the Esidimeni Life tragedy. (Photo: Section27)

SECTION27 and the Life Esidimeni Family Committee have welcomed the announcement that the National Prosecuting Authority (NPA) will institute a formal and joint inquest into the deaths of 144 mental healthcare users who were transferred from the Life Esidimeni facility to unlicensed non-governmental organisations.

The acting director of public prosecutions Pretoria, advocate George Baloyi, announced that “after careful consideration of all the facts, reports and available information” he has decided that a formal and joint inquest into all deaths related to the Life Esidimeni tragedy be held in the High Court of Pretoria before a judge.

SECTION27 pointed out on Tuesday 17 September that the families they represented had asked as early as August 2016 for inquests into the deaths of the mental healthcare users. SECTION27 represented the families in an arbitration hearing which was chaired by retired Constitutional Court Deputy Chief Justice Dikgang Moseneke.

“We are disappointed that the NPA has found that, at this stage, the evidence on hand is not sufficient to sustain criminal charges, but we have been encouraged by the dedication of prosecutors seeking justice in this case,” said SECTION27 spokesperson Ntsiki Mpulo.

“We expect that the inquest will provide enough evidence to allow the NPA to prosecute those who were responsible for the tragedy, and that this will result in convictions, but also that this legal process will start to evoke better treatment of the mental healthcare users in public facilities and non-governmental organisations because families of mental healthcare uses will be encouraged by the process to hold the caregivers accountable.”

SECTION27 represented 63 families of mental healthcare users who died because they were moved to facilities incapable of giving them appropriate care. There was moving testimony from family members who had searched fruitlessly for months to find their loved ones.

The hearing was told that the most vulnerable members of society suffered at the hands of people not qualified to take care of them. It also heard that Gauteng government officials falsified licensing certificates for the NGOs to which mental healthcare users were transferred and ordinary audit processes were not followed.

The arbitration award by Deputy Chief Justice Moseneke notes, “It is now undisputed that as a result of the move, 144 mental healthcare users died and 1,408 were exposed to trauma and morbidity, amongst others, but survived.”

Mpulo said: “Whilst the affected families and surviving mental healthcare users have been compensated for the violation of their constitutional rights, they are yet to be fully vindicated, as those responsible have not been held to account professionally or criminally.

“The former MEC for Health, Qedani Mahlangu, and her team at the Gauteng Department of Health were warned multiple times about the risk of moving mental healthcare users in the circumstances. They ignored those warnings and must face the full consequences of the law.”

SECTION27 said this decision was an important next step following the Life Esidimeni arbitration.

“Families have always said they would like to see prosecution where there was criminal conduct. The inquest will provide an opportunity for information proving that the decisions of leaders and actions of others were the legal and criminal cause of the deaths of mental healthcare users,” the statement said.

Nomvula Nonjade, whose younger sister died in the tragedy, expressed her disappointment at the NPA announcement.

“It’s unfortunate that they couldn’t find enough evidence, but I’m glad that they aren’t ending it there. We foresaw this, we warned them, we tried a court case to stop them, and we failed. But I know someone somewhere will be held responsible.”

The NPA confirmed that during April 2017 it received 144 enquiry dockets regarding the Life Esidimeni tragedy and the assistant director of public prosecutions then assigned a team of four experienced advocates to work closely with the investigators in collecting more information to build a solid case.

“Led by a very senior advocate, they devoted most of their attention to a very protracted investigation, converting all 144 enquiry dockets into one docket, guiding investigations and monitoring progress on further documentation/statements that had to be obtained,” the NPA said in a statement.

“It is this process that has revealed that the evidence at our disposal currently, is not enough to prove causation of death nor is it enough to help us link the actions of different role players to the eventual deaths. It is against these findings and facts of the case as a whole that the State had to make a determination whether a prima facie case justifying prosecution could be made.

“The State therefore correctly sets out the legal principles applicable to the problem and upon a thorough assessment of all the available facts and circumstances; came to a conclusion that the matter be referred for a formal inquest.” MC