The R6bn write-down of its investment into Cell C and subsequent destruction of shareholder value raise questions about Blue Label’s capital allocation strategy. That said, there appears to be a plan to save Cell C, at least, for which shareholders will be grateful.

Blue Label Telecoms, the entrepreneurial distributor of airtime, electricity tokens and other online services, must be rueing the expensive acquisition spree of 2017 that saw it acquire a 45% stake in Cell C for R5.5-billion, 3G Mobile for R1.9-billion and 60% of Airvantage for R151-million.

On Thursday 19 September, about two years later, Blue Label has written that down to precisely nothing, and warned the market that its core headline earnings for the year ended 31 May 2019 (which exclude once-off items) will decrease by an estimated 403 cents per share, more than 20% when compared to the previous year.

Earnings are being dragged downwards by the poor performance of Cell C, whose inability to close its books delayed the release of Blue’s annual results which were due at the end of August, earning it censure from the JSE.

Excluding the impairments, the core operations generated positive earnings of about 100c, the trading update guided.

The group expects earnings from the balance of its portfolio, which includes Ticketpro, to be between R885-million and R922-million compared to R716-million in the prior year. This equates to a growth of between 24% and 29%.

“This is a good result in an environment that has seen sub 2% growth over the last five years,” says Nadir Thokan, a portfolio manager with 27four Investment Managers.

The company also announced it will impair its total investment in Cell C, among other non-performing investments.

This should have provided cold comfort to investors who have watched the value of their shares decline by 85% in three years; however, the share price rose by 6% on strong volumes, suggesting investors are heartened by the decision.

To add insult to injury, Blue Label suspended dividend payments in August 2018, ostensibly to pay down debt. Until that point, the company hadn’t missed a dividend payment in eight years. The company consoled investors with the promise that it would buy back its shares when the opportunity presented itself. Bear in mind that it issued 272 million new shares to fund these acquisitions.

It was all going so well 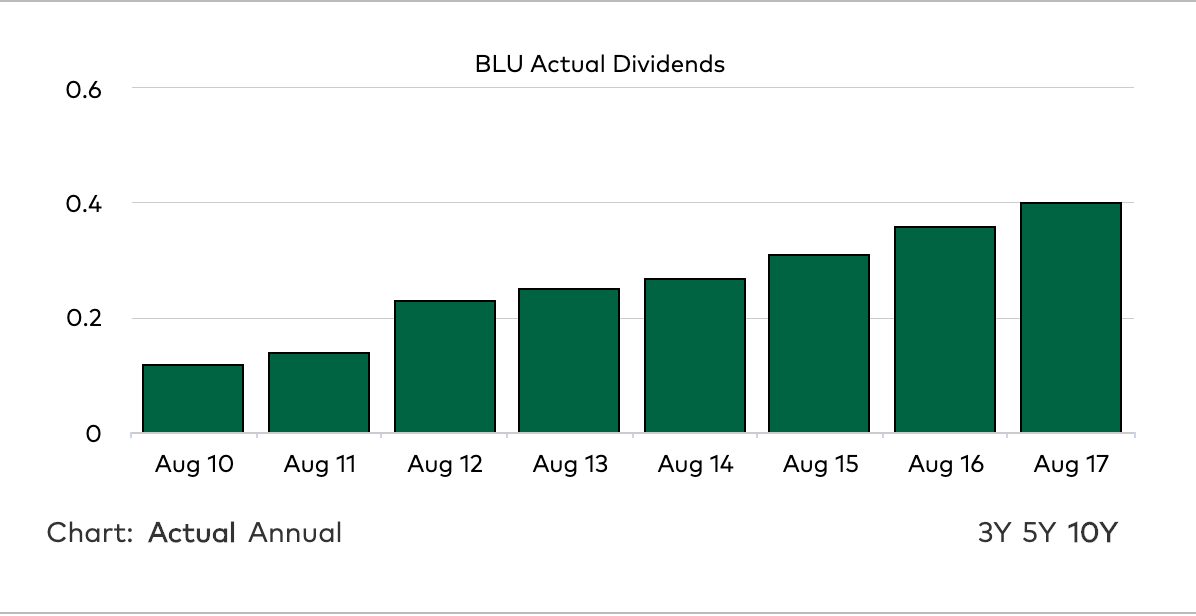 “What we have seen here is value destruction on an enormous scale,” says Thokan. “Two years ago this was a cash-generative business that was operating in a good niche with quite high barriers to entry.

“This impairment makes one question Blue Label’s due diligence and capital allocation processes.

“Cell C’s previous equity holders had never earned a return and the company is saddled with enormous debt. How did Blue Label plan to maintain the capital expenditure that these telecoms businesses require? Vodacom, Telkom and MTN have spent R213-billion over the last decade and R120-billion over the last five years maintaining and upgrading their networks.

“At the time of the acquisition, the stated goal was to achieve 20% market share. They are on 13% currently, but what upside did they think they would get relative to this kind of capital expenditure? I question the investment thesis.”

Concerns about Cell C’s financial health are warranted. The company has not released its results for the six months to June 2019, and at the end of its 2018 financial year it announced a R1.3-billion loss.

Whether it is a going concern at this point is unlikely. In December, the company’s net asset value stood at a paltry R2.4-billion, with assets of R25.6-billion and liabilities of R23.2-billion.

In July, Cell C was downgraded to “default” status by S&P after defaulting on its interest payments.

However, there are signs of movement behind the scenes.

In March, Douglas Craigie Stevenson was appointed as acting CEO with a mandate to right-size and optimise the business. In July, 120 days later, he wrote an open letter to Cell C stakeholders bringing them up to speed with management’s plans.

These include the intent to implement a simpler business model; recapitalise the business; and extract greater value from its existing roaming agreement with MTN.

In addition, Craigie Stevenson noted that Cell C had appointed law firm Bowmans to investigate “any parts of the business where we suspect that there may be irregular business practices and have also hired PwC to do a full procurement audit and review of our processes”.

Two items stand out as being of particular interest, says Philip Short, an investment analyst with Old Mutual Investments.

The first is that Cell C is in discussion with MTN to conclude a full roaming agreement (it currently has a partial agreement). If this happens Cell C will save itself a significant amount in annual capital expenditure.

“This will push the company from a negative cash flow position into a positive position,” he says.

This has spill-over effects. Managing its share of the network is a big operating expense for Cell C. A full roaming agreement will remove this line item – although it will be replaced with a roaming fee payable to MTN.

And because Cell C was under-investing in capital infrastructure, it had entered into expensive leasing agreements, in particular with American Tower Company.

“Over the next 18 months, Cell C can let these leases expire, removing another cost item.”

Assuming this agreement is signed, the lower capex combined with lower interest costs post recapitalisation should result in Cell C becoming cash flow positive. This makes the signing of this agreement an essential condition if the Buffet Consortium is to become a minority (up to 49%) shareholder in Cell C.

And once this happens, the Cell C balance sheet will be restructured.

“Cell C has very expensive debt, some of it at rates as high as 16%,” says Short. “It is likely that Jonathan Beare, who runs the Buffet Consortium, will back the restructuring of Cell C’s debt at better rates. But this will only happen if Cell C is a going concern.”

All of these moving parts did not align, delaying the publication of both companies’ results (and those of Net 1 which also has a stake in Cell C).

“Blue had no choice but to value the investment at zero. By ‘kitchen sinking’ the bad things, Blue Label has created a clean slate for itself and investors will see the company’s price-earnings multiple move to a more normalised number.”

This may be what savvy investors deduced on Thursday when they piled into the share.

Annual results are due out on Thursday 26 September and although it seems unlikely that the dividend will be reinstated, other news may be more positive. BM