The judiciary: Corrupt, or partners in realising a transformed society? 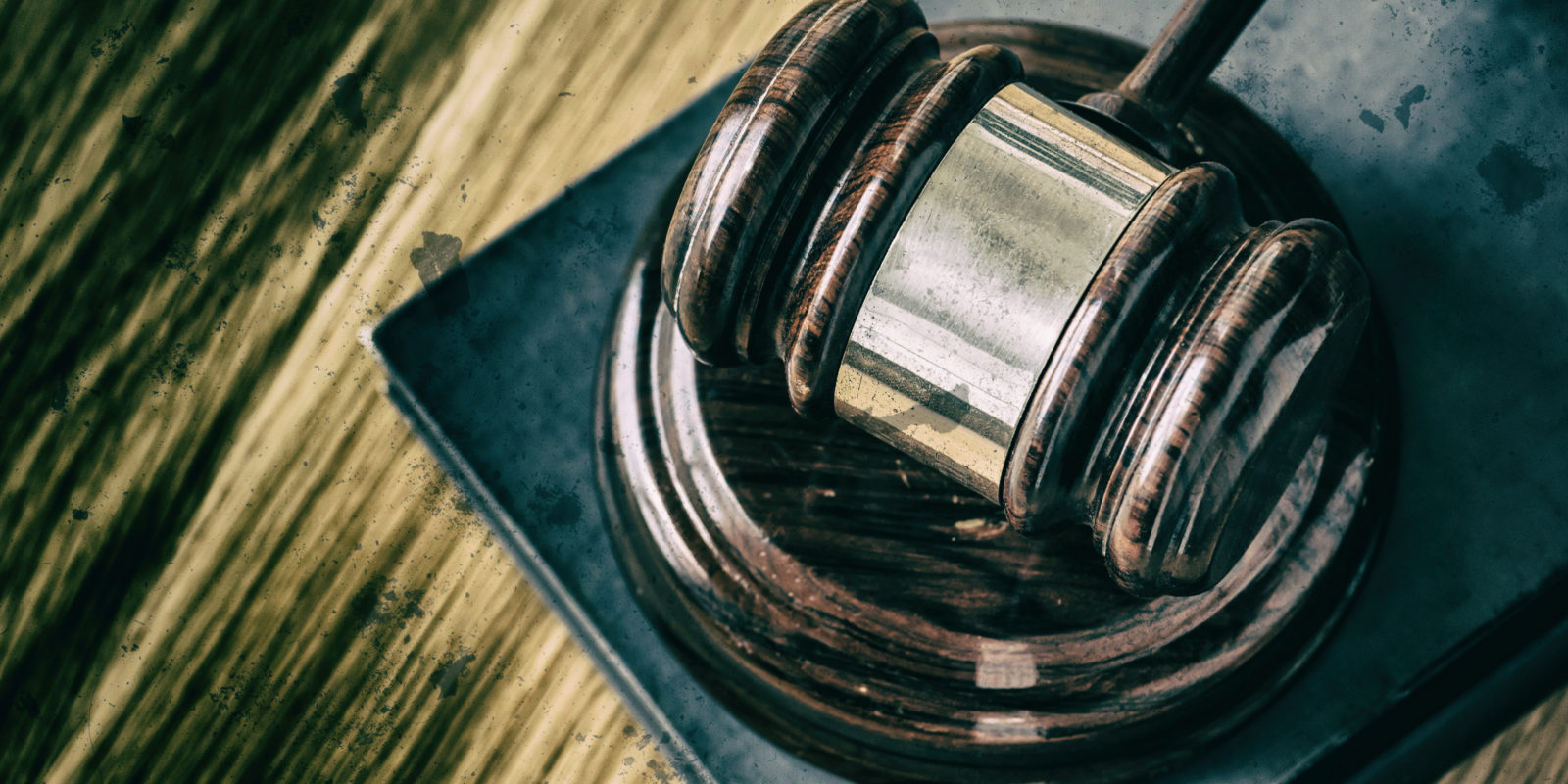 The sensitivity and slowness inherent in the separation of powers are a reality in South Africa’s relatively new constitutional democracy, where the persistent socioeconomic ills of poverty, inequality and unemployment and their often-violent symptoms are aggravated by years of corruption and misrule — giving rise to mounting social discontent.

The latest set of unproven allegations concerning corruption within the judiciary and the criminal justice system should be seen for what they are — spurious misdirection motivated by personal or sectional interests that have come into conflict with the law, and lost.

These allegations nevertheless need to be addressed, because the misperceptions they propagate bear the potential to discredit the judiciary — the branch of the state designated by the Constitution to uphold and protect its values and principles, and the rights it enshrines. This, in turn, risks discrediting our poorly understood and under-appreciated founding document — and with it our constitutional democracy.

Of course, the courts are constantly tested. Their hearings and judgments are transparent and public, their decisions must be well-reasoned, justifiable, rational — rooted in the rule of law — their decisions may be appealed up to the highest court of the land, and their work is analysed with precision and vigour by a range of actors. This is healthy in a constitutional democracy. However, when attacked without proof in a manner that seeks to disrupt and destabilise, this can only harm their independence and our democracy.

The fact that these unfounded allegations have received some traction, especially on social media, suggests the accuracy of the observations by Professor Somadoda Fikeni — that South Africa suffers from a desperate absence of “constitutionalism” and a firm commitment to the value of the rule of law, and the law is used instrumentally by individuals and groups when it favours them and when it disadvantages their opponents.

This abuse of the law and personal attacks on members of the judiciary, who are duty-bound to uphold the Constitution and the law, is not surprising given the valuable benefits many people derive from successfully circumventing or breaking the law. These benefits continue to be defended, by fair means or foul, even in the era of the unwinding of State Capture.

A misplaced belief in the superior authority or powers of the executive or legislative branches of the state has also fed criticism of the judicial branch in the context of a few landmark socio-economic rights cases. In these matters, the courts have reluctantly found that they were compelled to act to protect the rights of the most vulnerable because of a “policy vacuum” created by government inaction or inadequate government action, or by weak oversight by the legislature.

Some politicians have criticised the judiciary for “overreaching” and breaching the separation of powers. On the other hand, many academics, as well as a wide range and significant number of respondents interviewed during the Constitutional Justice Project conducted by the Human Sciences Research Council in partnership with the University of Fort Hare for the Department of Justice and Constitutional Development in 2014-15, cautioned against the equivalent dangers of judicial “underreach”.

They expressed concern that the courts had not provided sufficiently clear guidance to the government on how to achieve the Constitution’s transformative vision for South Africa. It is indeed within the mandate of the courts as guardians of the Constitution to provide such guidance.

The separation of powers between the mutually independent executive, legislative and judicial branches of the state is a sensitive issue in every democracy. Few are entirely comfortable with somebody checking our work or discarding our fondest ideas. This separation is, however, a vital way in which democracies establish checks and balances to prevent the abuse of power and to ensure accountability. We have chosen to be a society based on persuasion and justification, not on the use of force.

As a result of this arms-length relationship between the branches of the state, a formalistic, slow and stilted “constitutional dialogue” has evolved between the institutions that comprise the branches of the state. The executive proposes a law, the legislature considers public comments on the proposed law and debates it. If the legislature passes the law, it sends it back to the executive to sign and promulgate it.

Thereafter, at any time, anyone may challenge the law in a court if they believe that it is unconstitutional, unlawful, or infringes their own or someone else’s rights. If the courts agree with this challenge, the law is sent back to the executive to draft the necessary amendments to be submitted to the legislature.

This process clearly has a number of built-in safeguards, including the benefit of time at each stage for reconsideration and debate, but it can be extremely slow and is not ideal when urgent and momentous issues need consensual and effective action.

The sensitivity and slowness inherent in the separation of powers are a reality in South Africa’s relatively new constitutional democracy, where the persistent socioeconomic ills of poverty, inequality and unemployment and their often-violent symptoms are aggravated by years of corruption and misrule — giving rise to mounting social discontent.

Many Constitutional Justice Project respondents, whether litigants, lawyers, judges, academics and activists who were involved in some way in these landmark socio-economic rights cases, warned that time is running out.

These same sensitivities and constraints are equally present in Britain, which though a far older democracy and home to the “mother of parliaments” does not have a written constitution. There, with time running out, the Brexit “debate” has proven difficult to resolve by ordinary democratic mechanisms, whether by referendum, election or protracted parliamentary debate.

As a result, several groups have approached the courts in England, Scotland and Ireland, hoping to break the deadlock over whether the government has the authority to suspend Parliament and force a ‘no-deal’ Brexit on the United Kingdom — the outcome of which may threaten the increasingly fragile unity of that kingdom.

The result is that extreme pressure is being placed on the courts to resolve what has proven unresolvable through ordinary democratic debate inside and outside the UK parliament.

During our research, we learned from Willy Mutunga, former Chief Justice of Kenya, how that country had benefited from a different form of “constitutional dialogue”, which could be a more positive process. He explained that, as in the South African Constitution,

… our [Kenyan] Constitution provides very clearly that the three arms [or branches of the state] are robustly independent, they have independent mandates. But there is a provision for consultation, for dialogue, for interdependence under collaboration, and that’s a tall order because at the moment there’s a lot of debate as to how you can [have] independence and how you can also have dialogue … In fact, in our Constitution that culture is becoming open. I think in Africa we’re basically saying, it’s good to do it transparently, and I think that’s a good development.

The outcome of the research for the Department of Justice and Constitutional Development was to propose a similar “reconceptualised constitutional dialogue” for South Africa, in which the branches of the state have the opportunity to engage with one another outside their constitutionally mandated roles and apart from ceremonial occasions.

Hopefully, this process of dialogue would promote greater mutual understanding and recognition of their mutual interdependence despite their formal independence. It may also aid more effective and expeditious implementation of court decisions, and the concomitant respect for the decisions of the courts. These traditional participants in constitutional dialogue could be joined by other stakeholders, such as the private sector and civil society, to identify practical solutions to pressing, but seemingly intractable problems.

More sustained dialogue and public evidence of improved understanding between the courts, executive and legislature are clearly necessary, and engagement of this nature is not unusual in South Africa.

Two well-known examples were during deliberations on the Legal Practice Bill, when a Constitutional Court judge was invited to address parliamentarians, and during then-Chief Justice Sandile Ngcobo’s 2011 Access to Justice Conference, in which representatives of all three branches of the state participated.

An important opportunity exists for a concerted joint effort — a constitutional dialogue — by various combinations of the executive, the legislature, academics and civil society to engage with one another rationally and to avoid the pitfalls of false perceptions or fake news, where rumour and unproven accusations seem to hold sway.

This approach would support both the democratically elected and accountable government, as well as the courts’ constitutionally mandated oversight role, and it could help move us towards a clear, evidence-based and shared determination of what would be needed to ensure that all South Africans live in dignity. DM

Gary Pienaar is an admitted advocate and research manager with DGSD.