SARB likely to hold rates despite oil worries after att... 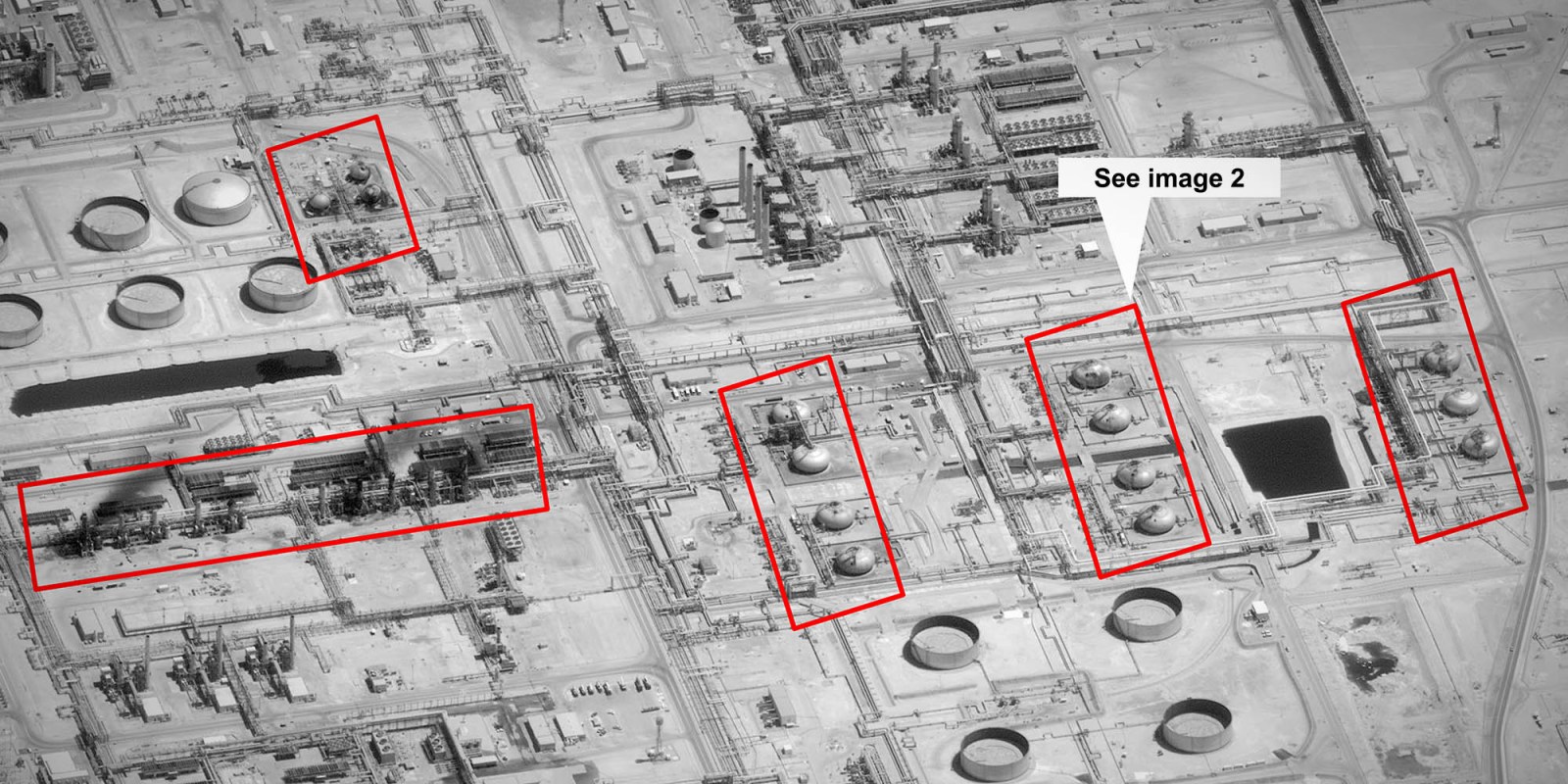 A satellite photo made available by the US Government and DigitalGlobe shows the Abqaiq oil field in eastern Saudia Arabia, one of two oil facilities set on fire after drone attacks. (Photo: EPA-EFE / US GOVERNMENT / SATELLITE IMAGE ©2019 MAXAR TECHNOLOGIES / HANDOUT)

South Africa’s central bank is likely to keep its key lending rate steady at 6.5% on Thursday 18 September when its MPC concludes its bimonthly meeting. The inflation and growth outlooks suggest there is scope for a cut, but there are worries on the fiscal front. And the oil price has become a cause for concern in the wake of the attacks on Saudi Arabia.

The SA Reserve Bank (SARB), which cut its repo rate by 25 basis points in July to 6.5%, has plenty of room to bring rates lower. Inflation in July slowed to a seven-month low of 4% from 4.5% in June. The economy has dodged a recession, but the growth outlook remains poor, to say the least. And confidence has been absolutely shattered: the Rand Merchant Bank business confidence index plunged to a two-decade low in the third quarter.

The case for a rate cut hardens when one looks at consumption and the retail sectors, key drivers of growth, which also remain in the doldrums. The official unemployment rate is a staggering 29% and is in reality much higher. Inflation, which the central bank targets, is relatively subdued precisely because of these factors. An economy that is barely growing, and which is saddled with sky-high rates of joblessness and poverty, is hardly going to stimulate demand pressures.

Still, the consensus among economists is that the SARB will not pull the trigger when the Monetary Policy Committee (MPC) wraps up its meeting on Thursday 19 September.

“We expect the SARB to keep the repo rate unchanged. While inflation expectations remain relatively well anchored, fiscal risks have increased rapidly in recent months, which warrants a cautious stance by the MPC. This view is buttressed by rising levels of rand and global financial market volatility, which hint at the possibility that the SARB will err on the side of caution,” Jana van Deventer, an economist at financial consultancy ETM, told Business Maverick.

The fiscal outlook is indeed fraying, with rising debt levels and growing government financial commitments to ailing and looted state-owned enterprises (SOEs), notably Eskom. This raises risks, among other things, for the rand’s performance as a potential Moody’s downgrade looms, which would make SA’s debt 100% junk in the eyes of foreign investors.

Monetary policy cannot work in a vacuum: its fiscal flip side needs to come to the party too, and it isn’t. On that score, a case could probably be made for a divergence, with a tightening of fiscal policy (which bluntly means cutting government expenditure) and a loosening of monetary policy.

And a dramatic surge in oil prices has suddenly been thrown into this depressing mix.

Saturday’s drone attacks on Saudi refineries took out, in one fell swoop, 5% of global oil supplies, which triggered a 20% jump in crude prices at one point on Monday 16 September, when prices closed 15% lower at four-month highs. Prices crept lower on Tuesday but the market is expected to be volatile.

“The refinery strike was a game-changer for the way oil price stability is viewed,” South Africa’s Automobile Association (AA) said. It has changed its outlook for prices in October but that could change again, given how fluid the situation has become.

“Diesel, already set for an increase by last Friday, has swung further into the red, with an increase of 13 cents a litre now forecast. Illuminating paraffin has followed suit, with an eight-cent rise on the cards. All grades of petrol were showing a decrease on Friday, but this has narrowed, from 11 to five cents in the case of 95 octanes, and 25 to 20 cents for 93 octanes…because of the volatility of the factors which influence the local fuel price, movements are likely and the outlook will change before month-end,” the AA said.

So, forecast decreases could potentially become increases, and this new bout of oil price turbulence is bound to focus the minds of the MPC members as they deliberate policy.

Many economies can absorb the petrol price hike. In the US, pump prices are at $2.56 a gallon, according to the American AA, well below the record high of $4.11 scaled in 2008. South Africa’s retail prices, by contrast, are within striking distance of their historic peaks. According to the Central Energy Fund, 95-grade octane is now R16.03 a litre, just over a rand short of its record high of R17.08 reached late in 2018. Relatively high petrol prices have been one of the few concerns on the inflation front, and that concern just got bigger and more uncertain.

Still, inflation is hardly about to shoot for the stars. In a research note, NKC African Economics said it saw some inflationary pressure from an oil price spike, but the outlook remains moderate and pointedly well within the SARB’s 3-6% target zone.

Still, NKC noted that higher oil prices will further eat into disposable income, with wider implications for already subdued consumption levels. And retailers will be hard-pressed to pass the higher costs stemming from the pumps on to consumers, so their margins are likely to be further reduced.

Higher oil prices will also push the trade and current account deficits further into the red, which in turn could trigger a renewed bout of rand weakness. South Africa’s trade balance fell into a R2.9-billion ($190-million) deficit in July from a revised R5.5-billion surplus in June, while the deficit on the current account is a worrying 4% of gross domestic product (GDP).

These are all developments that the SARB’s MPC will be mindful of and keeping tabs on. A rate cut would be nice. But SA is hostage to events far beyond its control, including destructive drones over the Arabian desert. BM