They called me Queer – Becoming: The Fourth Stage 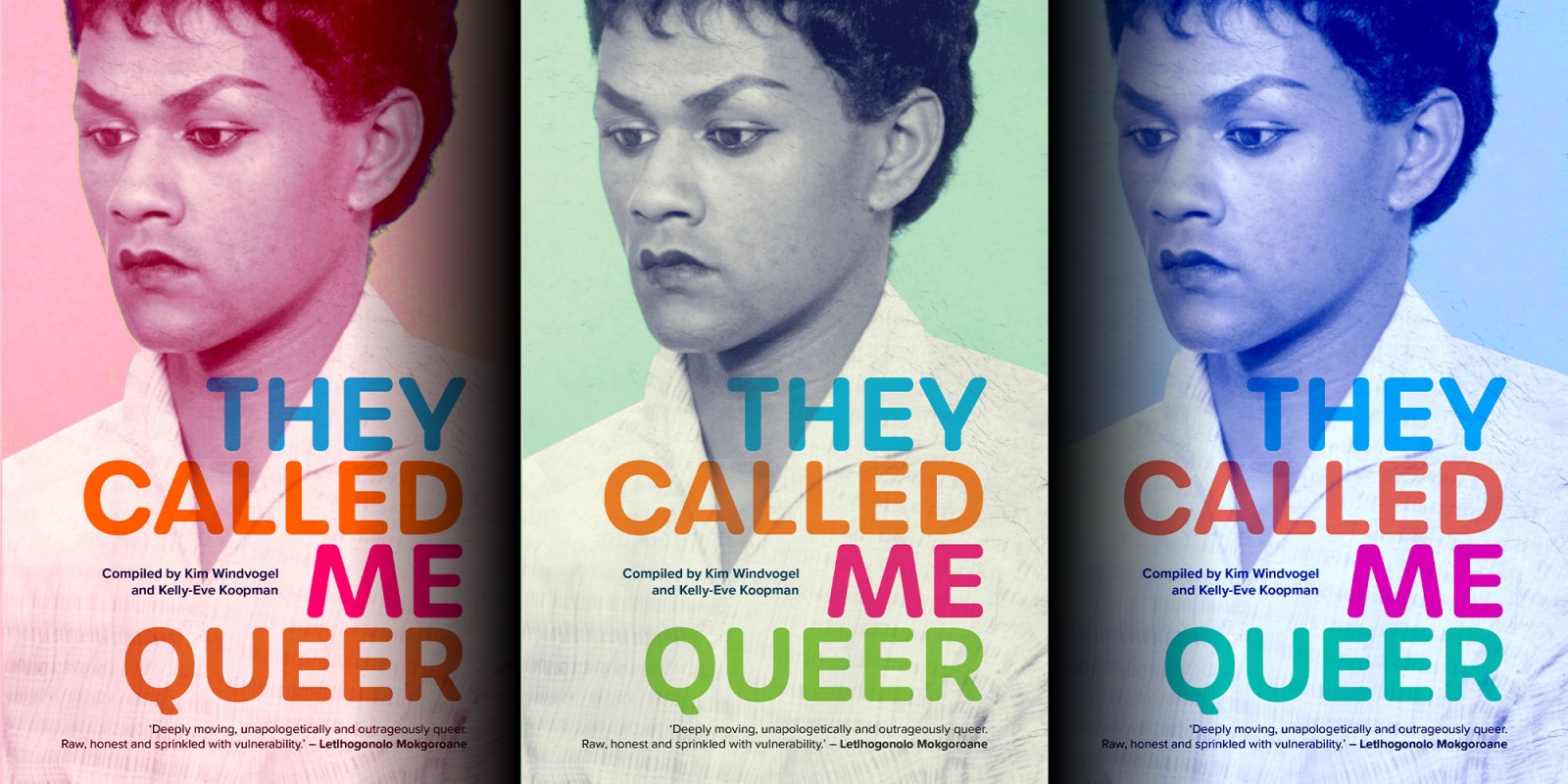 They called me Queer is a collection written by Africans who self-identify as lesbian, gay, bisexual, transgender, queer, intersex and asexual. Across the continent and throughout the world, South Africa has become known for its tolerance towards the LGBTQIA+ community. However, people in the community still live in a segregated and unequal society, where the combination of race, class, gender and sexual identities still heavily impacts on every part of their lives. This collection is testimony to who they are, an assertion of their struggles and triumphs. In this extract Haji Mohamed Dawjee reflects on coming to terms with identity.

And so does coming to terms with your identity.

Well, in my case at least.

Tomboy was a term thrown around loosely when I was younger. I wore shorts and jeans a lot. I loved Converse All Stars, or any kind of sneakers in fact, and I preferred cutting the hair of my “passed down” Barbie Dolls rather than playing dress up with them. I didn’t mind the term and I didn’t need any time to figure out what it meant. But as I got older, I wanted answers. Why was the name Tom in there, what did it really mean, and why was it followed by boy instead of girl? Why couldn’t I be a tomgirl instead, if in fact I was just a girl who liked “acting” like a Tom? Tom, after all, is what we call a boy cat anyway, right?

This is what language does. It evolves. It sits in the Broca’s area, the front seat of your brain, slightly to the left, and as you grow it grows with you. It starts to process things as you start to process who you are. And this was stage one. The processing of it all.

My research didn’t take very long. The Oxford dictionary gave me a short and simple meaning: a tomboy is a young girl who enjoys activities and games that are traditionally considered to be for boys. Granted, it wasn’t everything my heart desired for what, in my mind, was a complex, layered question. But with Google still an underdeveloped, in-the-back-of-someone’s-brain ovary, it had to suffice, and suffice it did.

I welcomed the term openly. I didn’t notice that it was tinged with the colour of criticism, like being a tomboy was a bad thing. If any negative perceptions did exist, I pushed them away with the facts of the matter. And those were: being a tomboy is cool. It means I get to play outside, kick a ball, shoot an odd BB gun and climb trees. It’s fun and what’s wrong with fun? It beats watching the boys play while the girls sit on the stoep learning how to cross and uncross their legs on the bench.

But later, the boy part bothered me again. I didn’t only like wearing “streetwear”, so to speak. When I was about 13, I learned that I really, really enjoyed watching Sex and the City and I really, really enjoyed fashion. I was into the shoes, the dresses and the shirts with no pants. I was even into the jewellery. The only thing that didn’t quite take was the handbag fascination. I still don’t get it. I keep my good ideas in my thought-bag. I don’t need a clutch for that.

This was the second stage. What did all this mean then? Was I still a tomboy if I enjoyed high fashion? This didn’t quite seem to fit with what the Oxford dictionary told me. It also didn’t seem to fit with the views of society. Would everyone be calling me a tomboy if I dressed more like Carrie Bradshaw? The thing is though, as much as I loved it, I really didn’t want to, except on the odd special occasion. It just wasn’t conducive to my lifestyle or my body image issues. I lacked the confidence to carry off Carrie. And on the odd occasion when I did, like Eid, for example, the tomboy remarks were replaced with something much worse. They were replaced with lengthy statements and interrogations on who I was and who I was trying to be, followed by suffocating gasps of “Oh my God, Haji is in a dress” or “I didn’t know you owned any girls’ clothes (clutches pearls)”. Of course, at this point my Broca’s area was still too underdeveloped to respond with the apposite: bitch, I can wear whatever I want and I don’t owe you an explanation.

To this day, one of my favourite secret behaviours is making fashion Pinterest boards. I even eventually ended up buying a really tacky coffee-table book with all of Carrie’s clothes and how to wear them plus how the costume designers re-used stuff for different outfits. I am a pocket of on-fleek fashion just waiting to burst with a wealth of information. For example, I can tell you that there’s a studded, black Chanel belt that Carrie wears in the first film that features in at least three scenes with three different outfits. What do you say? What do you know?

Broca’s area intact and severely underdeveloped, I moved on and dragged my identity along at snail’s pace until high school introduced me to this idea of being gay and my language centre found itself in the jumble sale of clothes, where fashion goes to die.

Is gay the same as being a tomboy? Is that why everyone found it so funny when they called me that? If I am a tomboy, does that make me gay? I swear to God, nothing fucks you up more than a frontal lobe. Enter stage three. DM