The Week Ahead: Serious business, including special Joint Sitting, before constituency period 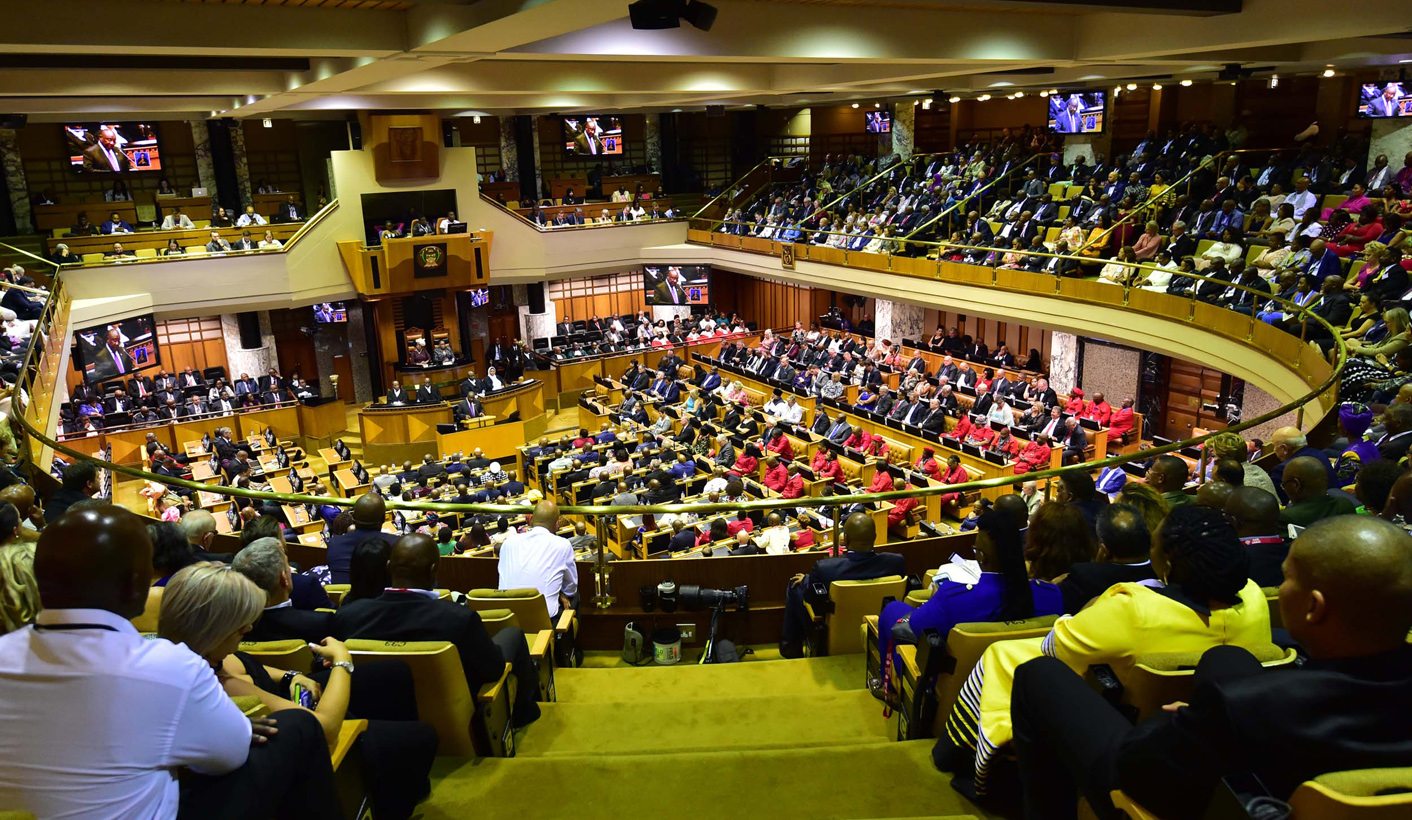 The constituency period beckons, with MPs due to depart at the end of the week and return on 7 October. But a fair amount of work will be done before they go as the parliamentary agenda includes significant business in the main chambers and committee corridor.

The major point of interest will come from Wednesday’s special Joint Sitting called by the President to discuss a new approach to combating violence against women. Outside of the State of the Nation Address, it is rare for the President to call for an extraordinary sitting of both two Houses to conduct extraordinary special business.

Government Ministers may make oral statements to Parliament to address major incidents, government policies or actions. Each political party is allowed an opportunity to respond to such a statement. On Tuesday, the Minister of Trade and Industry will make a statement on Brexit and its impact on South Africa’s economy. Last week, the Minister announced that South Africa has concluded a new trade agreement with the UK that will kick in if it crashes out of the European Union with no deal at the end of October.

In its election manifesto, the EFF promised to table legislation that will result in the insourcing of all workers who provide constant services to government and state companies. Aligned with this commitment, Mr J Malema will lead a discussion on: “building state capacity through insourcing of government and all state-owned companies’ workers”. The Rules allow MPs to propose a subject for discussion – this mechanism provides an opportunity for the House to debate a particular topic without being required to take a decision at the end of the debate.

Beyond this, select Ministers in the Governance Cluster will answer oral questions in the National Assembly.

The other major plenary event is the annual Debate on Heritage Day. The theme for this year is: Celebrating South Africa’s literary classics in the year of indigenous languages.

Meanwhile, it is Provincial Week in the NCOP. This is one of the ways to make sure NCOP delegates keep in touch with developments and challenges facing their provinces and report on their activities. The overarching theme for this week is to address the challenges facing local government. According to National Treasury, 128 (49.8%) of the 257 municipalities are in financial distress. It is anticipated that the Wednesday programme will be suspended to enable delegates to be part of the joint sitting.

In Committee-land, there is a wide range of meetings that will generate a lot of headlines. Here is a run down of the highlights:

The Local Government audit outcomes have been on a path of regression since 2014/15. This is evident in the declining number of municipalities receiving clean audits. Whereas 52 of the 257 municipalities received clean audits in 2014/15, this number declined to 33 in 2016/17 and only 18 in 2017/18. In addition, the number of municipalities receiving modified audit opinions increased from 108 in 2014/15 to 114 in 2017/18.6 The Auditor-General has ascribed the poor audit outcomes for 2017/18 to a lack of accountability in Local Government, which is a repeat of the 2016/17 findings. SCOPA has been holding hearings with some of these municipalities that continue to receive poor audit comes. (Tuesday)

The Portfolio Committee on Agriculture, Land Reform and Rural Development will get a briefing the Blended Finance Model and a progress report on the Commercialisation of Black Farmers. (Tuesday)

In July, the Minister of Basic Education released the findings from the Teaching and Learning International Survey (TALIS) 2019 report.  Amongst the results, it found that workloads and class sizes need to be reduced for teachers to be able to work more efficiently. Lawmakers will get a briefing on this survey, which is a large-scale study investigating the condition of the teaching and learning environment in schools across participating OECD countries and partner countries. (Tuesday)

The Portfolio Committee on Higher Education, Science and Technology will host a colloquium on the Fourth Industrial Revolution. This is the latest instalment in a series of round table discussions that Parliament has hosted with the relevant government and industry stakeholders on the Fourth Industrial Revolution, in order to assess the progress made to date and the impact on the work of Parliament, state institutions, the private and business sectors and society at large. (Tuesday)

SARS will brief MPs on the progress made in implementing the recommendations relating to the Nugent Commission of Inquiry Report. (Tuesday)

During this past term, Parliament has had a special focus on the public broadcaster looking at its financial stability, HR matters and the SIU investigations. This attention will continue this week as the SABC reports on its turnaround strategy and gives an update on the implementation of recommendations emanating from multiple reports. (Tuesday and Wednesday)

African Trade and Regional Integration will be in the spotlight when the Portfolio Committee on Trade and Industry Committee meets. (Wednesday)

Last week, the Minister of Police and Deputy Minister released the 2018/19 annual crime statistics. This was an initial release to the Committee and the in-depth engagement on the statistics is scheduled for this week. The stats showed that there was an increase for all contact crimes including murder, sexual offences, attempted murder, assault with intent to cause grievous bodily harm, common assault, common robbery and robbery with aggravating circumstances. (Wednesday)

The sub-committee on the Review of the National Assembly Rules will begin to formulate rules for the removal of office-bearers of Institutions Supporting Democracy. This follows a request by the DA for the urgent removal of the Public Protector from office. The sub-committee was also directed to make a determination on the validity or application of the sub judice rule in the House and to make proposals regarding matters of order of proceedings. (Friday)

It’s been a busy five weeks: Capacity building sessions, strategic planning workshops, important debates, oversight visits, legislative business and executive scrutiny were all part of the programme. The next term will be dominated by the medium-term budget process.

During the constituency period, MPs have a duty to be available to the public, help solve problems and report back to their constituents on what is happening in Parliament.