Summer in South Africa, heatwaves and the very real effects of climate crisis 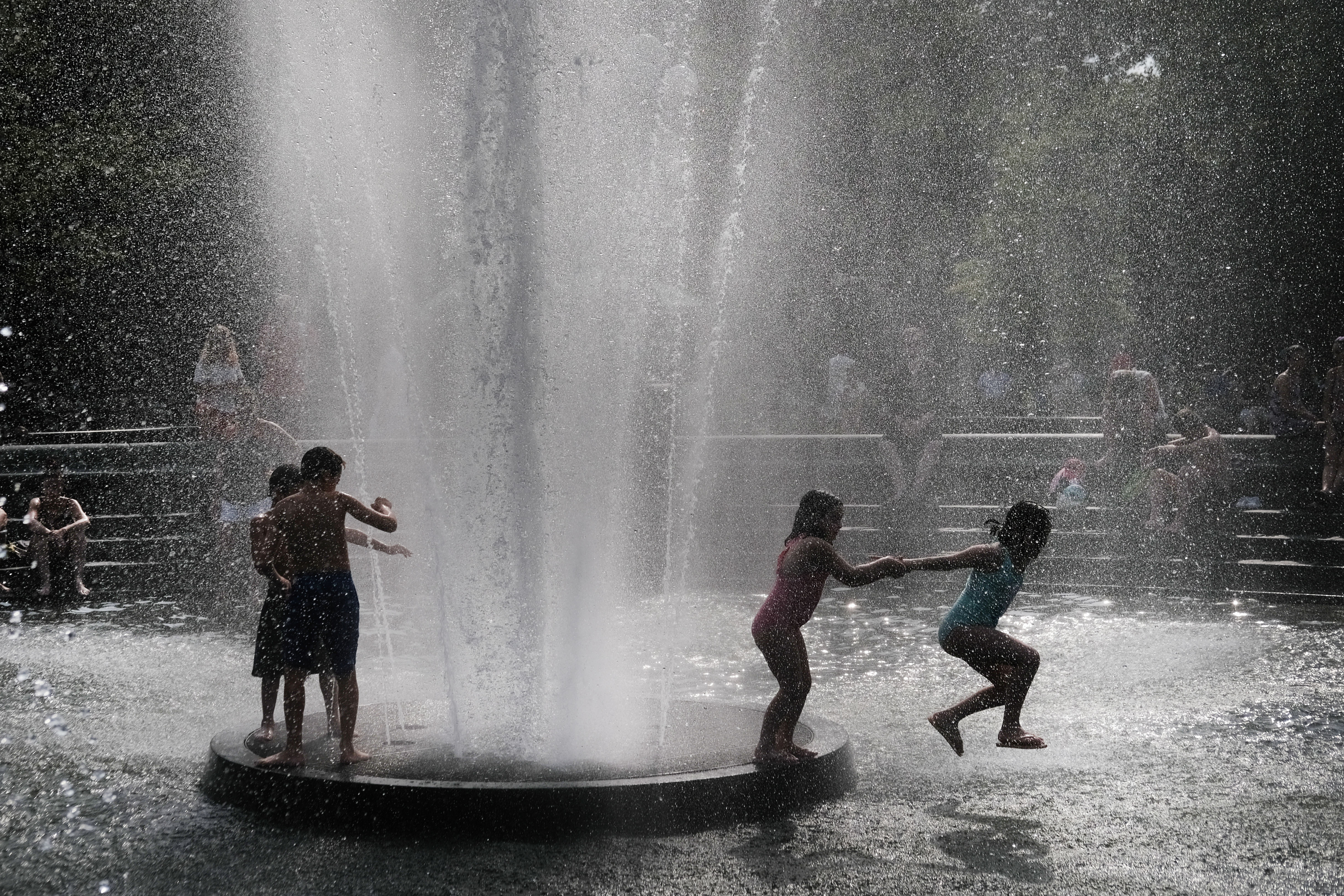 NEW YORK - JULY 19: People try and stay cool in the fountain in Washington Square Park during the start of heat wave across the U.S. on July 19, 2019 in New York City. Much of the East Coast is experiencing abnormally high temperatures with highs expected over 100 degrees by the weekend. (Photo by Spencer Platt/Getty Images)

July 2019 was officially ‘the hottest month on record, since record-keeping began 140 years ago’, said the World Meteorological Organisation, with ‘record heat moving towards the Arctic’.

The US National Oceanic and Atmospheric Administration (NOAA) said the average global temperature for July 2019 was 0.95°C hotter than the 20th-century average; this statement, which followed another record – June 2019 as the hottest June ever documented – brings the past five years to a record high for temperatures.

The previous record temperature was in July 2016, when El Niño – “a complex weather pattern” born from variations in ocean temperatures in the Equatorial Pacific – brought warmer than average temperatures in North America.

Closer to home, the Department of Environment in May 2019 released a draft report titled Draft national climate change adaptation strategy. In it, the department notes: “There is evidence that extreme weather events in South Africa are increasing, with heatwave conditions found to be more likely, dry spell durations lengthening slightly and rainfall intensity increasing.

“Climate zones across the country are already shifting, ecosystems and landscapes are being degraded, veld fires are becoming more frequent, and overused natural terrestrial and marine systems are under stress.”

Heat and extreme temperatures are unquestionably becoming highly problematic. A map NOAA released in August this year shows areas in the world that experienced record temperatures during July. The map looks like a scan of a burning planet – dark shades of pink (warmer and much warmer than average) and red (record warmest) almost entirely cover the globe.

This year, the heatwave moved all the way to the Arctic, melting the ice sheet of Greenland at a rate never seen before (we are not quoting Trump here). Scientists have said that approximately 217 billion tons of ice (197 billion metric tons of water) melted into the Atlantic Ocean in July. Wildfires raged over the forests of Alaska and Siberia, devastating 2.6 million hectares in Siberia. They are still burning.

The World Meteorological Organisation (WMO) warns us: “The last time the Earth experienced a comparable concentration of CO2 (carbon dioxide in the atmosphere) was three to five million years ago when the temperature was 2-3°C warmer and the sea level was 10-20 metres higher than now.”

A heatwave is usually a period of high temperatures, combined with high humidity, that lasts for two or more days. Ready, a US national public service campaign, states that “extreme heat often results in the highest number of annual deaths among all weather-related hazards” – with intense heat comes higher death polls.

A report published in 2017 stated that a global threshold “beyond which daily mean surface air temperature and relative humidity become deadly” had been set; the researchers then found that “around 30% of the world’s population is currently exposed to climatic conditions exceeding this deadly threshold for at least 20 days a year. By 2100, this percentage is projected to increase to [approximately] 48% under a scenario with drastic reductions of greenhouse gas emissions and [approximately] 74% under a scenario of growing emissions. An increasing threat to human life from excess heat now seems almost inevitable, but will be greatly aggravated if greenhouse gases are not considerably reduced”.

That was two years ago. Increasingly, heat waves are becoming a threat and a peril.

In South Africa, climate change and possible heat waves can have even more dramatic effects. In the draft strategy, the department notes that, “The South African economy is dependent on primary sectors such as agriculture and mining, particularly minerals extractives, which are natural resource dependent and energy intensive, with energy generation being very important as it is also subject to climate variability and change.

“Therefore, changes in climate are predicted to exacerbate these challenges, as climate change will have direct impacts on South Africa’s natural resources and infrastructure, affecting food security and health, threatening water resources, and impacting on development. These impacts will be especially felt by the poor, as they will be more exposed to them and have fewer resources to cope with these impacts.”

The department also points out that although the National Development Plan (NDP) “seeks to eliminate poverty, deliver environmental protection and promote economic development by 2030”, it does not include the dramatic effects of climate change in its previsions.

Those most affected by heat waves and, ultimately, changes in climate, will be, according to the World Health Organisation, “the elderly, infants and children, pregnant women, outdoor and manual workers, athletes, and the poor, displaced and homeless”.

STATS SA said in its report, Poverty Trends in South Africa, an examination of absolute poverty between 2006 and 2015, that more than half of the South African population live under the poverty line, and according to the Human Sciences Resource Center, South Africa has an estimated 200,000 homeless people, all facing the threat of climate change, extreme temperatures and the effects it may have on human health.

When our body temperature rises above 40ºC, there is a risk that organs start to fail, toxins can then leak in the body causing heatstroke, and the ability to sweat – and therefore to cool down our body – is compromised.

The WHO explains that, “Rapid rises in heat gain due to exposure to hotter than average conditions compromise the body’s ability to regulate temperature and can result in a cascade of illnesses, including heat cramps, heat exhaustion, heatstroke, and hyperthermia”, adding that, “deaths and hospitalisations from heat can occur extremely rapidly (same day), or have a lagged effect (several days later)”.

In times of unusually hot temperatures, the WHO recommends to keep a living space as cool as possible with a room temperature not higher than 32°C during the day and 24°C during the night. Drapes, shades and wet towels hung on the windows can help to cool down a space. Although “electric fans may provide relief, when the temperature is above 35°C, [they] may not prevent heat-related illness”.

And more than anything, check on family members and neighbours, especially those who are living alone – caring for each other can save a life. ML