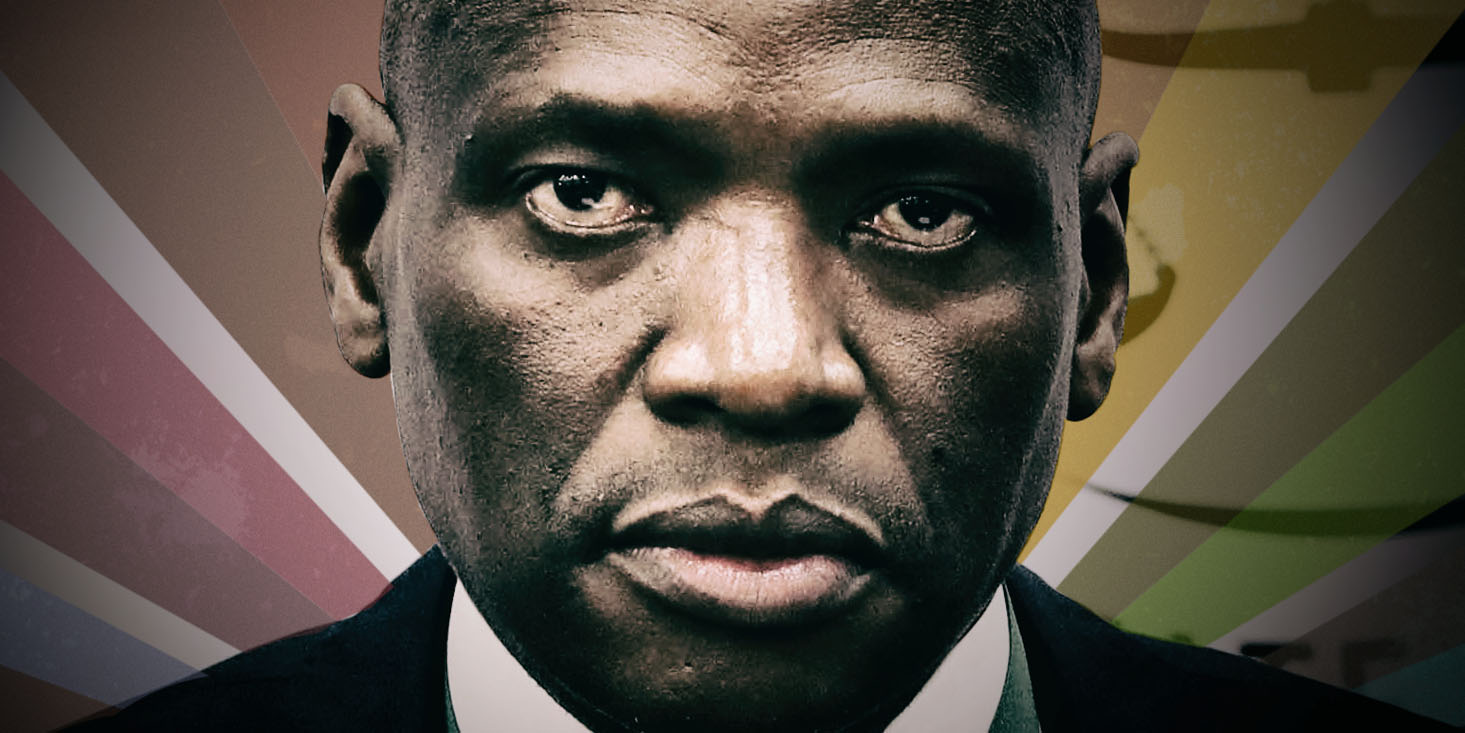 If you want to cut through the meandos, ask an engineer. The Zondo Commission of Inquiry into State Capture heard on 12 September how what should have been a simple migration process to Digital Terrestrial Television was hobbled by greed, ignorance, political interference and corporate sleight of hand.

While former SABC COO Hlaudi Motsoeneng might be under the impression that MultiChoice “got nothing” from a 2013 deal he signed on behalf of the SABC with the pay channel operator, it appears Motsoeneng was played like the proverbial cheap violin.

Testifying for the third day at the Zondo Commission of Inquiry into State Capture, Motsoeneng set out the tactics he had deployed at a 5.30am meeting with Imtiaz Patel, then group chief executive MultiChoice, including using fake legal threats and later sports rights to try to leverage the deal.

The SABC had plans to establish a 24-hour news channel but would have needed R778-million to set it up and run it for four years. The idea was canned in 2013, but it was one of Motsoeneng’s intended “legacy” projects, supported by then-board chair, Ellen Tshabalala.

Asked by Deputy Chief Justice Raymond Zondo what MultiChoice had got out of the deal, Motsoeneng replied with a satisfied smile, “nothing”.

But the deal, in which MultiChoice agreed to pay the SABC R553-million over five years for two new channels – SABC News and SABC Encore – to be hosted on DStv, was in fact about the pay channel’s attempt to scupper the SABC’s digital migration programme as it would have been competition.

That, at least, is according to testimony by Lawrence Kruger, an engineer with 40 years’ experience across the African continent and who, in 2012, was appointed as a technical adviser to then-Minister of Communications, Dina Pule.

Kruger said that at its core, the MultiChoice/SABC deal was about set top box control or a fully encrypted digital TV network and not the carrying of the two new SABC channels on DStv.

He told the commission, “They [MultiChoice] did not want the minister to implement any set-top box programme. They did not want competition in the pay-TV market and they fought it tooth and nail.”

MultiChoice, as well as individuals at the SABC, said Kruger, had embarked on a “disinformation campaign” that encryption would mean viewers would have to pay for the service, which was not true.

A clause in the deal Motsoeneng signed with MultiChoice ensured, in the end, that the SABC was “banned” from using encryption or set-top boxes on the network.

“How can MultiChoice tell the government you can’t use set-top box control?” an exasperated Kruger asked.

For this sweetheart deal, Motsoeneing scored a R30-million bonus, R11-million of which was actually paid out and which the SIU is currently trying to recover.

Kruger, who is currently part of a team rolling out Mozambique’s digital migration, said the process in that country had taken 18 months and would be up and running in December 2019.

“In South Africa, I am not sure of the exact start date but it was around 2004, 2005, and until today is still not complete. For one simple fact. Now besides the policy, I am talking as an engineer and I don’t know what the politics is behind this. But in my opinion there is one simple fact why we are not complete and that is a system called set top box control.”

In the broadcasting world, he said, there was no such thing. It was a concept that had been conjured up in South Africa. The equipment used is, in the real world, known as a conditional access system. This is a computer with a software “and a lot of capabilities, some of which or all of which can be implemented”.

Kruger said that shortly after he had been employed by the Department of Communication as a technical adviser to Pule, he had gone through all available documentation and had discovered that the SABC had put out an open tender to request a conditional access system.

“On further investigation I came across Sentech, the government signal distributor for TV and radio broadcasting and found that they already had a conditional system in place, they had engineers trained on the system, they had a project up and running.”

For two or three years before this, said Kruger, Sentech had been sending open-ended signals via a satellite that had been unencrypted. Entrepreneurial individuals in Botswana had noticed this open-ended signal broadcast and had started selling decoders, which are cheap and readily available, in order to watch SABC and eTV for free.

The Botswana government had objected as this had competed with local broadcasts, and had taken action against Sentech, which had been instructed to put in a conditional access system and fully encrypt all signals.

In 2012, said Kruger, the department policy was that it had wanted a fully encrypted digital TV network.

Kruger related how a week after he had joined the Department of Communications in 2012, he had attended an International Telecoms Union (ITU) presentation in Joburg which offered an overview of the latest world developments in the industry.

“I sat next to a guy from MultiChoice. He had South Africa’s policy document on his desk. While I was listening to a chap from the ITU, he [the man seated next to him] got a phone call to update him. Dina Pule was releasing a policy document on that day. This guy got the phone call to say, ‘listen, they have not changed it at all… set-top box control is still in there’.”

Networks encrypted, said Kruger, to protect content and copyright infringement. He said all the major film distributors insist that their material is broadcast on an encrypted service, whether paid for or free.

Back in 2012 however, Pule, after being made aware of the existing Sentech conditional access system, had ordered the SABC to use this. A short while later, eTV had objected, claiming Pule did not have the authority to order the SABC to do so.

This was a matter settled in court in eTV’s favour but the channel later came to support the use of the Sentech system.

All systems appeared to be ready for lift-off when the SABC simply pulled out.

“One day we were getting ready to sign contracts, then suddenly Sipho Masinga [SABC head of technology] said we are no longer going to participate. The SABC has decided they don’t want any set-top box control, any encryption or any conditional access systems from Sentech,” Kruger said.

Kruger told Zondo that had government decided to give away five million set-top boxes, eTV would have instantly inherited five million viewers.

“MultiChoice jumped on this and said we have had to find our own subscribers. They opposed it vehemently,” said Kruger.

It was common sense, said Kruger, that MultiChoice would not have “lost anything. Everyone is gaining. If you do your marketing properly you would get more revenue. In the 10 years that it has not been rolled out, can you imagine the revenue streams they [the SABC] have lost?”

The SABC could compete in the private pay-per-view market which in Europe and the US rakes in multibillion dollars.

For example, said Kruger, viewers who enjoyed rugby but who could not afford DStv could be offered access on a pay-per-view basis by the SABC for R300.

“It has so many advantages it is unbelievable. All you do is put a chip into the decoder that costs R29 and you can generate millions. It irritates me when simple things can get solved [but are not].”

Kruger said when Faith Muthambi was appointed Minister of Communication she fully supported the non-implementation of the set-top box control, going against the government and ANC policy.

“How can she do that and remain a minister?” Zondo asked adding, “How do you have a situation where you have a minister who should be subject to the ANC, and the government of which she is a part, continue to go against government policy, and nothing happens?”

Zondo added that it has taken “ages” for the project “which was meant to benefit the poor. There has been no service delivery and the question is ‘why?’”

He said if it was true that Muthambi had taken a position against government and ANC policy “then I think both leaders of government and the ANC at the time have a lot of explaining to do as to how we have a situation where such an important project has been decided upon and lots of money is involved and there is just some wrangling going on.” DM