Aspen, the ARV pioneer, to produce under licence

Aspen, the ARV pioneer, to produce under licence

Running a global pharmaceutical operation in the face of massive competition and regulatory pressure is no picnic. The ability to react to changing circumstances is Aspen’s skill, says management.

Aspen Pharmaceuticals, the company that in 2003 pioneered the first generic ARV in Africa, will no longer produce ARV’s under its own name. Instead, it will produce the life-saving drugs under license for an Indian pharmaceutical company.

South African manufacturers can no longer compete with generic producers – there are about five of them globally, all based in India, which manufacture both the active pharmaceutical ingredient (API) and the finished dose, said Aspen joint CEO Stephen Saad at the presentation of the group’s results for the year to June, 2019.

This means they hold all the cards.

“There are no [longer] real benefits for local manufacturers in these government tenders – except the volumes are good and volumes mean jobs. We recover our facility costs, but there is no profit to be made,” he says.

Aspen cannot easily walk away from its investment into ARV manufacturing (and would not wish to) and so will produce ARVs under license. This means it will no longer be exposed to the forex and working capital burden, which will be carried by the yet-to-be-announced partner.

The ARV story is telling in that it shows how Aspen management has adapted to changing circumstances.

In 2008 Aspen was supplying 70% of all ARVs tendered for by government. At the time management believed the manufacture of generic pharmaceuticals, including ARVs, was the way to go.

By 2010 the company was starting to feel the pressure from other low-cost generic producers, and by 2014 the company’s SA operations were reflecting the pain.

So began Aspen’s transition from a generic-focused company to a business based on branded products with a focus on sterile injectables.

“There was a time when generics could do no wrong,” said Saad. “But adapting the business model to align with evolving circumstances has been a key strength of Aspen.” 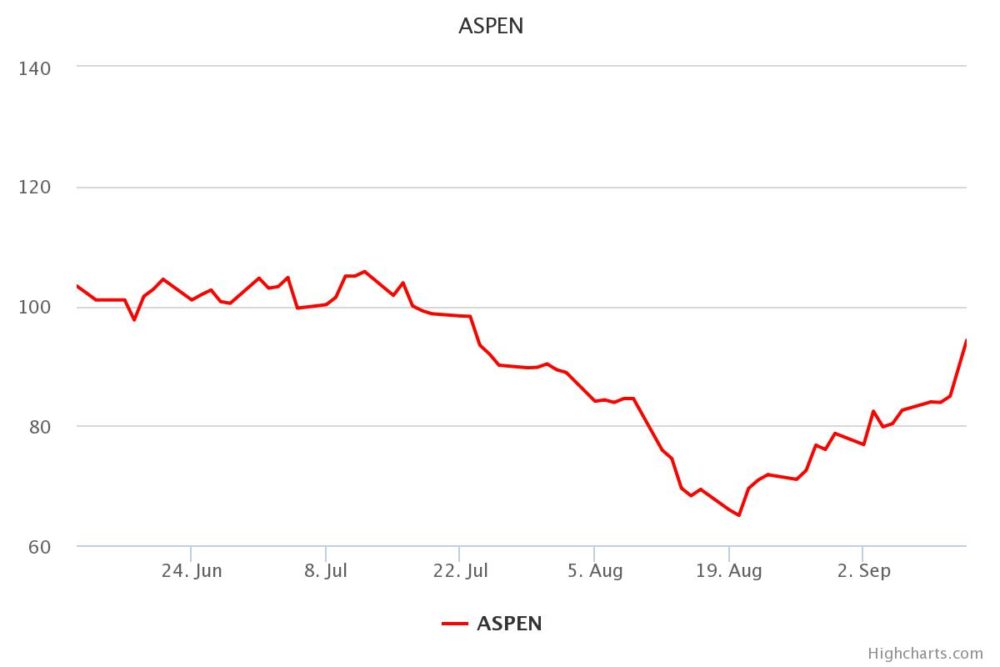 However changing the model has come at a cost and revenue and earnings growth has been muted in recent years. Aspen increased revenue for the year by 1% to R38.9-billion while normalised earnings before accounting variables and tax declined 2% to R10.8 billion, influenced by a lower contribution from the manufacturing business.

Normalised headline earnings per share (heps) was 7% lower at R14.14.

Comparisons can be dangerous, but it’s worth noting that in 2015 revenue was R36.1 billion and normalised heps was R12.19c.

Capital expenditure has climbed dramatically, reaching R2.4 billion in 2019, peaking at R2.6 billion in 2020 and set to fall sharply thereafter. According to Saad the company is making good progress with its major capital projects in South Africa, France and Germany.

The construction of these manufacturing facilities will see Aspen in-source a significant portion of the production for its anaesthetics business. Full commercial production from all of these projects is expected to begin in the 2024 financial year.

“We don’t do R&D, and we are not a commodity player, so we need to create a moat,” says Saad. “Our investments will give us sustainability and sustainability in margins. There are not a lot of companies that will spend this, and we believe these big expensive ventures will pay in the long term.”

In the process debt ballooned to R53.5 billion. However management has made reducing this load a priority. The company’s positive cash flows and the proceeds from the disposal of Aspen’s nutritional and other businesses in Australasia has meant that debt was reduced to R39.0 billion at financial year end. “Some people say we sold the golden goose,” says Saad, “but I can tell you we got a golden price.”

That said, “debt servicing and debt repayment remains a key risk over the next 2-4 years, despite the reduction in last six months,” says Terence Craig, chief investment officer at Element Investment Managers. “Easy-to-sell assets have been sold. That no dividend was declared and capex is being cut, highlights the debt problem.”

But management is taking steps. “We are taking this [the repayment of debt] very seriously. We plan to deleverage and deleverage swiftly. This is not a multi-year game,” says Saad.

Another concern is Aspen’s R71-billion worth of goodwill and intangible assets on its balance sheet. As the valuation of these assets is something investors cannot see or even understand very well, it remains a concern. “Investors have been bruised by the likes of Woolies and others who impair intangibles at great cost to the company,” says Reuben Beelders, CIO at Gryphon Asset Management. “Writing this down could have a severe impact on the valuation of the company.”

In this year Aspen impaired R2.4 billion of intangible assets. “I think this will reassure the market,” says deputy CEO Gus Attridge. “We classify certain of our intangibles as being of indefinite life. Each year the carrying values of these assets are rigorously tested for impairment and carrying values are written down.”

Aside from taking steps to address its debt, management is also aware that low growth is a concern to shareholders. It has undertaken a strategic review of its European and South African commercial pharmaceutical businesses. The SA review is complete and the review of the European commercial business is ongoing.

As a result of this review, we have adopted a more market-focused approach, reallocating and restructuring existing resources, says Saad. Our South African commercial business has been divided into two divisions, allowing heightened consumer focus, which is showing promising initial results.

“I think management deserves credit for doing what they said they were going to do,” says Beelders. “My concern is that they are operating a business in an environment of increasing regulatory pressure.  Aspen has lots of assets, R140-billion of assets, but it is selling product worth R40-billion. I would like to see management take the assets they have and really sweat them, to improve that ratio.”

Management has guided for similar growth in 2020, but thereafter it believes its efforts will deliver rewards.

Ninety One • 6 hours ago