Time to test Félix Tshisekedi’s vision for the DRC 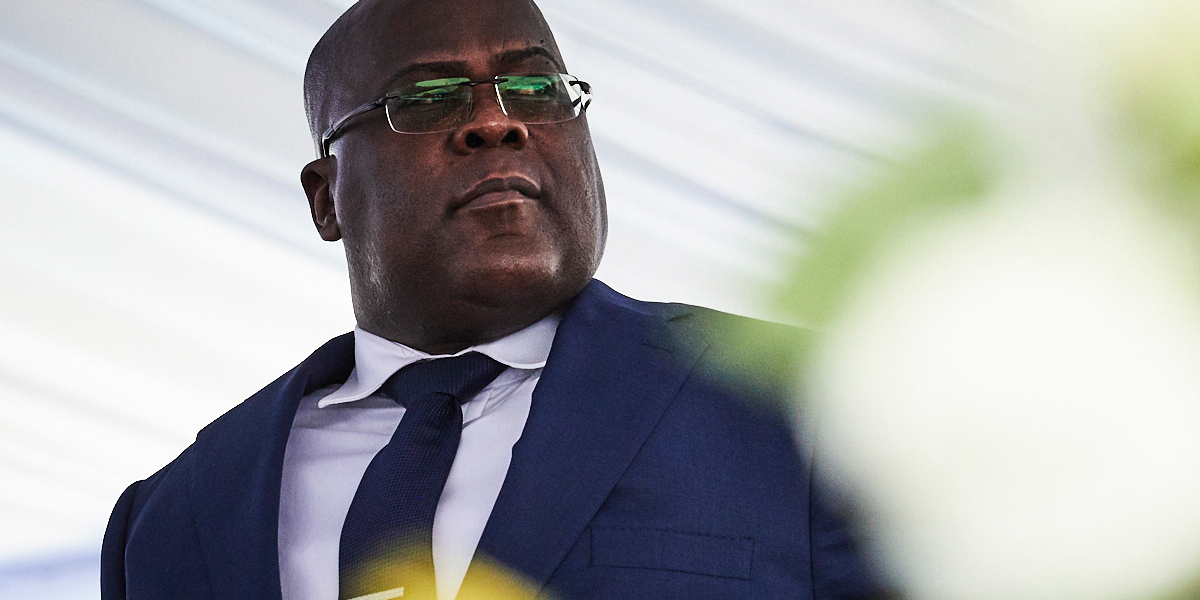 DRC President Félix Tshisekedi (pictured) has made Inga a priority, at least rhetorically – not only for the DRC but for Africa. (Illustrative image | Source: EPA-EFE/HUGH KINSELLA CUNNINGHAM)

To set his country on a new path, the Democratic Republic of the Congo’s new president must look to his allies.

The Democratic Republic of the Congo’s (DRC) new government was finally sworn in last week. This was after eight months of drawn-out deliberations between former president Joseph Kabila’s Front Commun pour le Congo (FCC) platform and new President Félix Tshisekedi’s Coalition pour le changement (CACH). In line with the FCC’s overwhelming majority in parliament, it got 42 ministries against CACH’s 23.

Neither the time it has taken to form a government, nor the heavy degree of control that Kabila unsurprisingly plans to assert, bode well for the new government’s ability to become functional or effective.

The DRC weathered a bout of political paralysis during the extended electoral delay between 2015 and 2018. That, together with the lack of urgency in forming the new government indicate that the DRC’s new hybrid elite is preoccupied not with the population and its many urgent needs, but with itself.

Since Tshisekedi became president in January, the key question has been: Is this really a change? The liberation of some political prisoners, the return of exiled politicians like Moïse Katumbi, and a slightly more tolerant attitude towards critics and civil society activists have tided many over until now. Many have been waiting for the government’s formation as the next big clue as to Tshisekedi’s capacities and intentions.

In the end, aside from the repartition of who gets how many ministries, the composition of the new government doesn’t tell us much. And now that the waiting game is over, it’s time to set new benchmarks for the Tshisekedi government.

The priorities for the 2023 period should be both short and long term. First, ensuring that the 2023 elections are free and fair is essential. For that to happen, there must be reform of the Constitutional Court and the Independent National Electoral Commission. Both institutions are heavily politicised and were pillars of the 2018 electoral fraud.

Introducing such reforms – which must be passed by parliament – will be seen as a challenge by Kabila and, because of his party’s overwhelming majority, success of such initiatives on the first try is doubtful. But the attempt will not go unnoticed by the population, which has made its desire for change clear.

If Tshisekedi wants to take this issue on, he can create longer-term pressure and channel the popular support for fundamental change that helped lead Kabila to back away from a third term. DRC civil society groups, including the Catholic Church, would be essential allies in such a push. International actors could help by supporting the DRC’s vibrant civil society to become effective watchdogs and advocates for reform.

Restoring political freedoms, including the right to criticise the government, is another priority issue. It goes hand in hand with the reform of key institutions, and is an area where Tshisekedi has relatively free rein as it doesn’t require legislative changes or approval from the prime minister or government.

In fact the Congolese constitution guarantees the right to freedom of assembly and expression. The harder part will be to rein in the security services, especially the domestic intelligence agency, L’agence nationale de renseignements. The agency has spearheaded crackdowns on government critics and manages the country’s clandestine prisons.

Improving governance, including through getting tough on corruption, is a longer-term challenge. But International Monetary Fund (IMF)-driven economic reform, especially when it comes to improved governance and targeted anti-corruption efforts, may be easier avenues for significant positive change. This is especially the case if external players such as the IMF take the lead on an agenda that is vital to the DRC’s future but which is too sensitive for Tshisekedi to tackle alone.

In 2012 the IMF suspended a three-year $522-million loan over the government’s lack of transparency in a 2011 mining deal. Earlier this year, for the first time since then, it conducted an Article IV mission to evaluate the economy.

A second assessment mission will take place in October at the invitation of the DRC government. The IMF said last week that the leadership change provided “an opportunity to put in place transformational reforms to strengthen public finances, boost growth of the non-extractive sector, tackle corruption, and reduce widespread poverty”.

Stabilising the eastern DRC was one of Tshisekedi’s campaign promises and is a key area for his government. This is an obvious priority, but a complicated task, and one that numerous national and international actors have been engaged in with limited success for 20 years.

Tshisekedi’s more open and cooperative attitude towards and engagement with the United Nations Organisation Stabilisation Mission in the Democratic Republic of the Congo (Monusco) is a positive first step in the right direction. So too is his concerted engagement with regional leaders from Uganda, Rwanda and Angola.

Although it’s too early to tell whether such engagements are sincere, and can lead to sustained dialogue and co-operation, the DRC’s change in leadership has created new momentum, and opportunities to revitalise a regional approach to peace in the eastern DRC and the wider Great Lakes Region.

Regional and international actors who want to support Tshisekedi can do so by emphasising that peace in the eastern DRC doesn’t depend only on domestic dynamics, but also on improved governance and more functional democracy in Rwanda, Uganda and Burundi. These all face armed opposition groups that are using the eastern DRC as a rear base.

The DRC has always had more than its share of spoilers, and the recent change in leadership hasn’t altered that. Tshisekedi’s chance is that his controversial ascendance to the presidency was accepted as a change that was better than the status quo.

He faces tough realities and constraints, but with civil society, the people and the international community on the side of change, he has formidable allies if he wants to set the DRC on a new path. DM