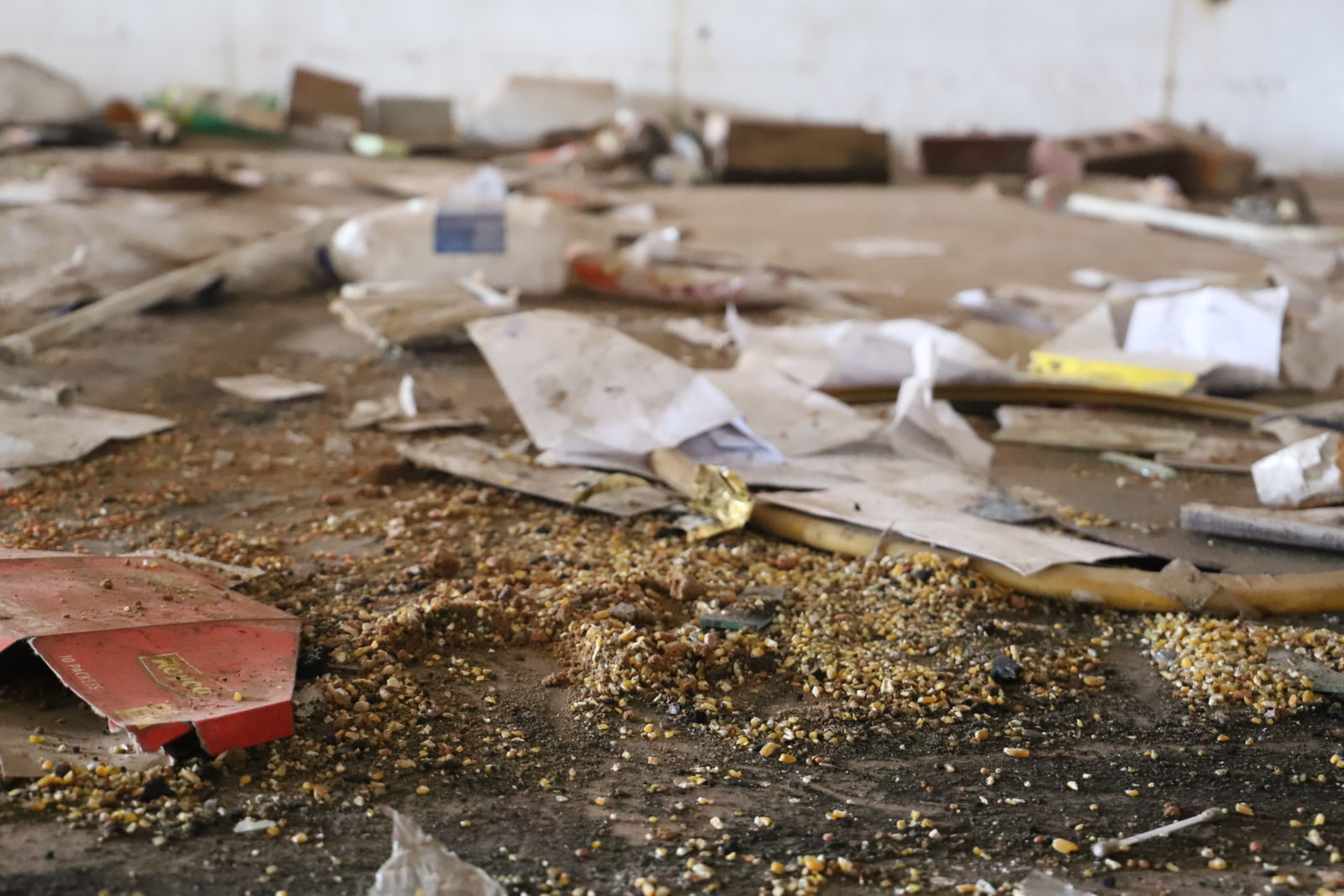 After the attack on migrant owned stores in Alexandra, near Pan Africa Freedom Supermarket, many people took advantage on the attack by stealing some of the goods and taking apart of the infrastructure of parts to sell. Photo: Chanel Retief

While there is no evidence of a political motive behind the recent violence in SA, it is clear that there are those who are using this issue to try to force President Cyril Ramaphosa on to the unpopular side of an argument.

Over the last few days there has been a great deal of political activity and much speculation around the violence and looting centred in three areas in Gauteng, and the attacks by men against women in South Africa, especially about a possible political motive behind the violence being aimed at weakening President Cyril Ramaphosa.

Many questions have also been asked about whether South Africa should reinstate the death penalty.

While there is no clear evidence of a political motive behind the violence, there are those who are using this issue to try to force Ramaphosa on to the unpopular side of an argument. It does appear that a group of people are using the situation for their own ends.

The violence in Gauteng, aimed at foreign nationals, and the attacks by men on women reveal the extreme levels of violence in our society. They demonstrate that for those in political power there are no easy solutions, which can make them appear impotent and weak. Vulnerabilities are exposed.

Some people are demanding that the death penalty be reinstated. They are in effect insisting that the state of South Africa kill people in formal executions for the first time since a system described by the United Nations as a “crime against humanity” ended in 1994.

One such person is the African Transformation Movement’s Mzwanele Manyi (formerly known as the Guptas’ Mzwanele Manyi). Certain members of the ANC Women’s League appear to be saying that the state needs to consider either the death penalty or chemical castration for murderers and rapists.

Both suggestions are clearly unconstitutional. The people making these suggestions know this.

The real plan here may well be to force those in charge in general, and Ramaphosa in particular, on to the unpopular side of the argument. They know that many in South Africa believe the death penalty should be reinstated and by forcing Ramaphosa and other leaders to argue against it, these leaders will lose popularity.

There is evidence that various players, including Manyi and EFF leader Julius Malema, are trying to weaken all the institutions of the state. This includes attacks on the judiciary, the National Prosecuting Authority and the new (ish) management at SARS.

This group of people, while claiming to support different political figures and to have different agendas, may now find their political interests aligned. Any weakening of the state helps those who have something to fear from a functioning criminal justice system.

There are many who believe the recent violence in Joburg, Ekurhuleni and Tshwane has been orchestrated by a group with a political agenda – that former president Jacob Zuma’s supporters are behind this violence.

The politics professor Andre Duvenhage has perhaps gone further than anyone else in making this claim. He links the violence with the timing of the end of the G7 summit and the hosting of the World Economic Forum Africa meeting. Both were important events for Ramaphosa, and Duvenhage suggests the timing was not accidental. However, there is no clear evidence of this yet.

Some in government have been quick to say they do not believe this to be the case either. The Deputy Minister of State Security, Zizi Kodwa (who is a strong supporter of Ramaphosa), was asked about this on SAfm on Wednesday morning. He was quick to say “we do not have that evidence before us”, and that he did not believe there was any domestic political element to the violence.

However, violence does put government officials in a difficult position. They are aware of how high feelings are rising against foreign nationals in South Africa. Many callers to talk radios have said “there are too many” foreign nationals in the country, or that “they” must leave immediately.

The reasons for this are rooted in the slowing economy and a general loss of hope rather than simple prejudice.

This still puts government ministers and leaders in a difficult position. It might explain why there is an argument about whether the violence is “criminality” as described by the government, or whether it is “xenophobic” as described by many South Africans and the foreign nationals in refugee centres or on flights back to Nigeria.

Nigeria is slowly becoming more democratic, having now had two changes of power through democratic elections. As democracy becomes entrenched in Nigeria, there may be a political motive behind the calls for South African firms operating there to be nationalised. The ill-feeling against South Africa, as the most industrialised economy on the continent, may well have more to do with Nigeria’s own internal democratic processes and politicians than it does with the violence in South Africa.

The relationship between the two countries has been difficult for some time, and was particularly strained after 116 South Africans died during the collapse of the church owned by the Nigerian preacher TB Joshua.

This means political leaders in SA are fighting fires on a number of fronts. They have to assuage their domestic constituencies of people who may be xenophobic and those who demand a quick end to the violence, and at the same time solve the diplomatic problem of trying to keep proper relations with affected countries.

The violence and looting in Gauteng seem to be coming to an end. But there is no end in sight to the violence by men against women in South Africa. There is also no evidence that ill-feeling towards foreign nationals will end soon. While the news cycle may be about to change (crime statistics for the last financial year will be released on Thursday 12 September), there is no chance that this is the end of the story.

Political leaders will be under pressure again in the near future, in exactly the same way that they are now, because the cycle of violence is likely to repeat itself. DM