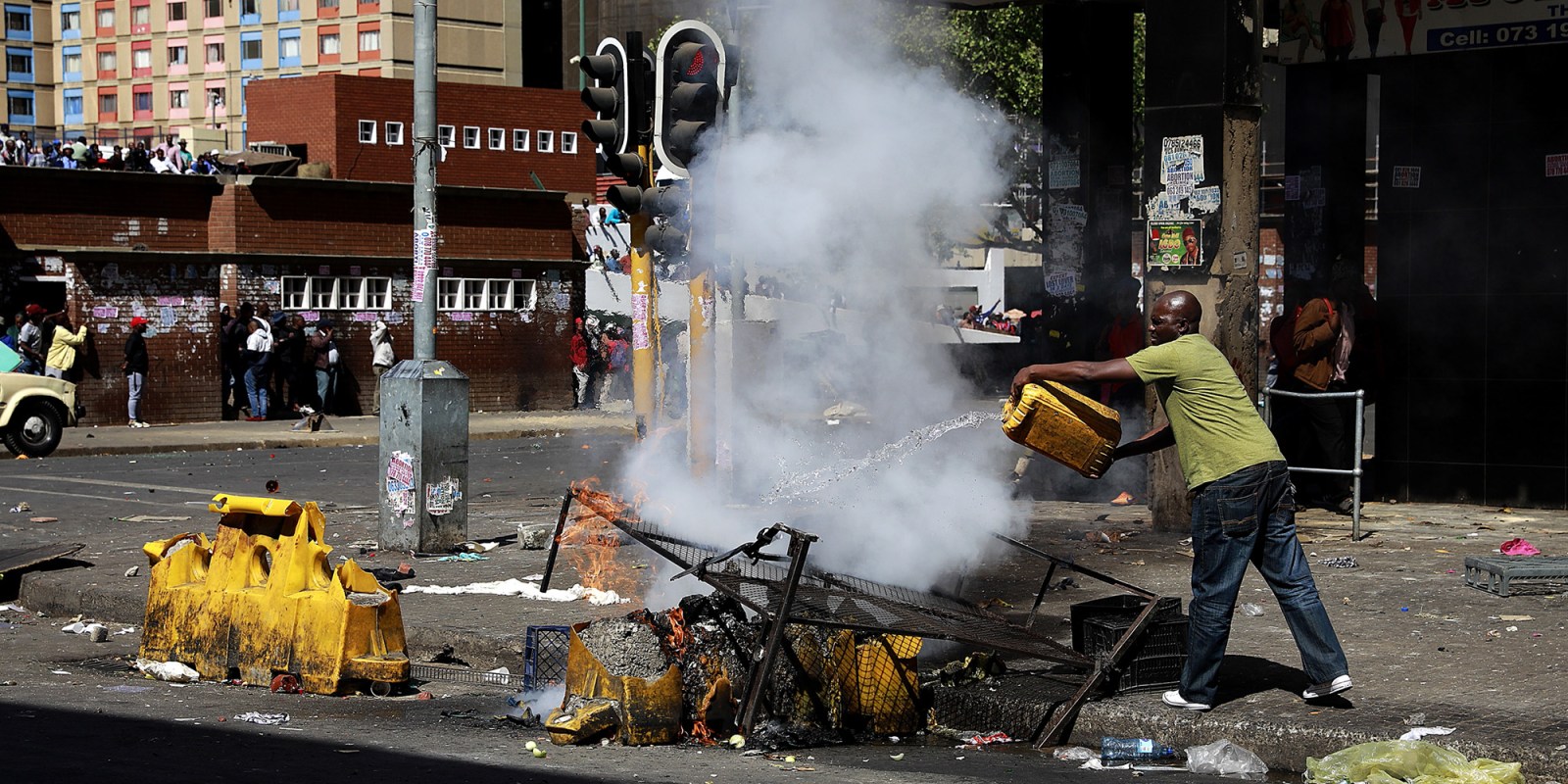 A foreign national reacts in the Joburg CBD, after a foreign owned shop was looted. The foreign community gathered weapons for protection. It is believed that over Thirty people have been arrested since violent protests erupted in the Johannesburg CBD on Sunday. Protests and looting carried on throughout Monday. Shops in and around various parts of Johannesburg, were were looted and set alight. Most of these establishments were foreign owned, although local shops were also affected. PHOTOGRAPH: ALON SKUY

Reports probing the xenophobic attacks of 2010 and 2015 made a number of recommendations, but it appears not many of them have been implemented, parliamentarians heard.

On Wednesday 11 September 2019, the parliamentary Portfolio Committee on Small Business Development heard the findings and recommendations of reports on xenophobic violence in South Africa.

The reports were done in 2010 and 2015 probing the reasons for the xenophobic violence in 2008 and 2015, but could still very well apply to why there are still xenophobic attacks in 2019, the committee heard.

“South Africans are affected by high levels of unemployment and poverty which results in them establishing survivalist businesses that receive minimal or no support from government and thus are particularly sensitive to increased competition,” said Nwabisa Mbelekane, a parliamentary researcher, who presented the report to the committee.

The 2008 report found that xenophobic violence occurred in informal settlements, areas with high levels of poverty and where competition for scarce resources worsened the situation.

The general finding of both reports was that “foreign nationals leave their country of origin because of high levels of poverty, unemployment and political instability,” said Mbelekane.

Foreign nationals often found themselves being exploited by employers and worked long hours for little pay. Undocumented foreign nationals were even more vulnerable and were unable to unionise.

The recommendations were that the inter-ministerial committee should “monitor [and] pre-empt” the violence and protect foreign nationals. One of the findings was that law enforcement was not doing anything to stop the violence. The report recommended that departments needed to work together to protect the rights of foreign nationals.

The committee members agreed on having a joint meeting with other relevant committees.

“We need to get our own house in order before we have a joint meeting. If we say to [the Portfolio Committee on] Home Affairs ‘what’s going on with issuing documents [to foreign nationals]?’ they’ll ask us about our processes. It’s about peer accountability,” said ANC MP Faiez Jacobs.

Mbelekane told the committee it needed to conduct quarterly or biannual follow-ups “to prevent reccurrence [of xenophobic violence], this was said in 2010, in 2015 and it’s being said now”.

“It’s quite clear that very little has been implemented, otherwise we wouldn’t have had a flare-up in the past two weeks,” said Ganief Hendricks, from Al Jama-ah.

African Transformation Movement (ATM) MP Vuyolwethu Zungula said there were no specific recommendations in the report on how to protect and help small businesses in the midst of all the violence.

“There are no recommendations for the small business development issue. My view is that South Africans are competing for scarce resources. Unfortunately, many people use violence as a means for solving violence. We need robust solutions that ensure that this is the last time we have xenophobic violence in this country,” said Zungula. DM