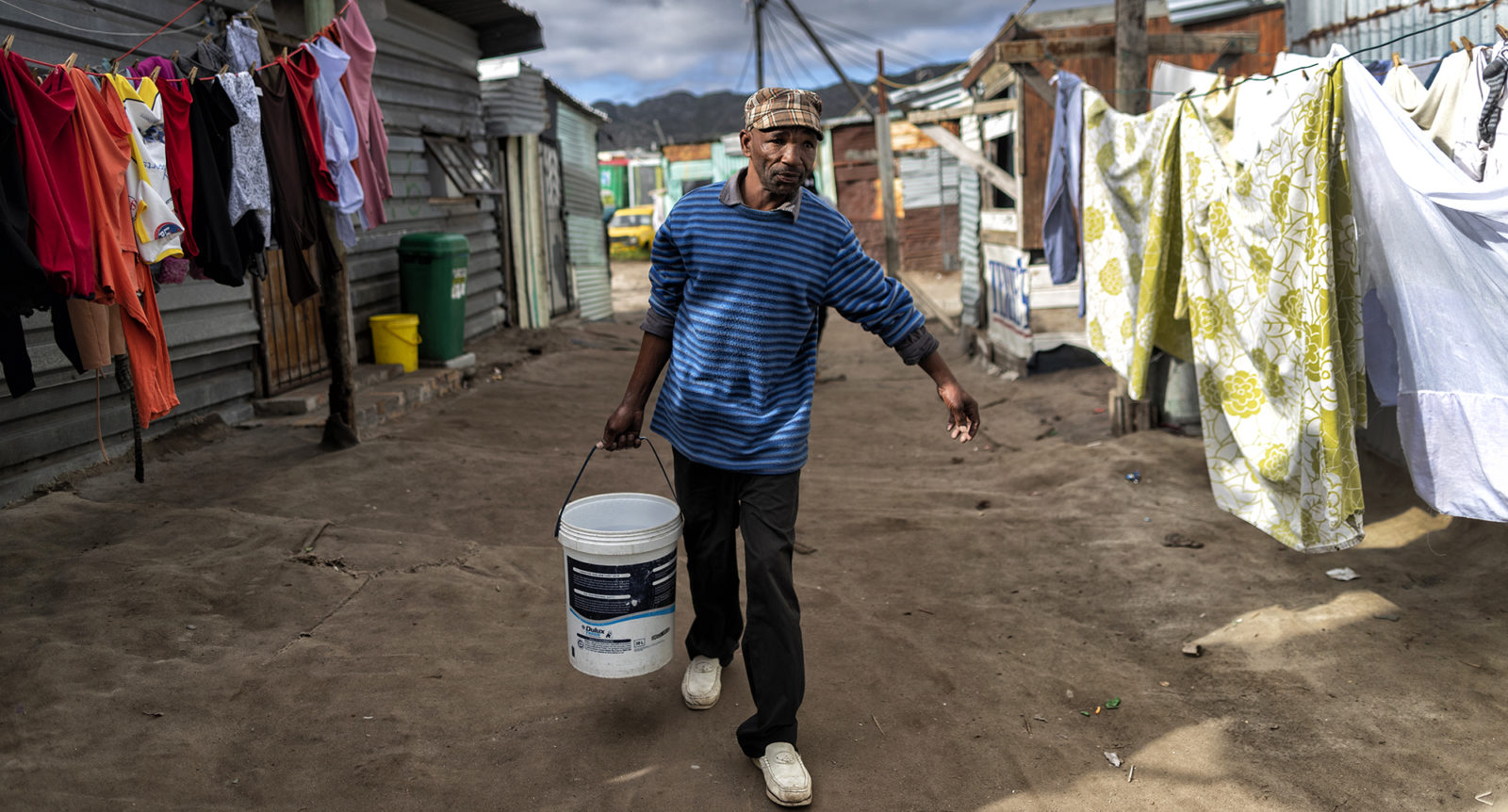 Scarce water resources, badly planned and poorly maintained infrastructure, and a financing system based on the commodification of water through water tariffs, contribute to a perfect storm gathering.

The Cape Town water crisis was averted, temporarily, but taps in other parts of South Africa have run dry. To grapple with the country’s ongoing water problems, we need to understand structural failure in the system.

The infrastructure of our cities is based on the outdated notion that there is plenty of water for all uses, including flushing our sewage to the waste treatment works. While some retooling has been done, the fundamental structural problem remains: the design of water systems assume there is enough sustainable water for them to continue functioning.

However, climate models predict that the country will receive less rain and experience higher temperatures in the future, further limiting water supply.

The problem will not be resolved without a combination of investment in more water-wise infrastructure and behavioural change to reduce increasing demands on dwindling supply.

Investment in such infrastructure is a challenge because South Africa faces the problem of a financing system for municipal water that is unsustainable. The failures of this system are apparent across the country, where the Department of Water Affairs and Sanitation is struggling with high debt levels, municipalities owe tens of billions to the department, and water users in turn owe large sums to municipalities.

Scarce water resources, badly planned and poorly maintained infrastructure, and a financing system based on the commodification of water through water tariffs, contribute to a perfect storm gathering.

Satisfying all three of these objectives simultaneously is almost impossible in a country as unequal as South Africa. The dynamic of the three objectives results in a downward spiral that is difficult to get out of.

When reservoirs are full, municipalities are motivated to sell large volumes of water to companies and well-off people in order to generate revenue. This revenue is often lost through poor management and/or corruption or, at best, used to offset debt instead of fixing inefficient infrastructure that is beset with leaks.

The sale of large volumes of water also contributes to high consumption and the lowering of dam levels. With low levels, municipalities have little room to manoeuvre: coffers are empty because there is no water to sell and the taps are dry – except where there is money to buy bottled water and to install rainwater-harvesting tanks.

The Environmental Monitoring Group (EMG) has been challenging unequal access to water in Cape Town for many years. The current water scarcity has brought hidden assumptions and problems within the existing financing model into sharp relief.

Water tariffs are both a way to generate revenue and a mechanism to modify water use. In theory, if water is expensive you will use less than if it is relatively cheap. The difficulty in South Africa is that water is expensive for the vast majority but ridiculously cheap for the 1%.

Pricing water “correctly” in a highly unequal society is well-nigh impossible, especially where water use has to be restricted because of lack of supply, resulting in low volumes of use, and revenues consequently depressed.

This has a significant impact on the poor. When water is too expensive or severely restricted through water management devices, people use less than they would normally need to maintain health and well-being – or, even worse, have no access at all. Not having adequate access to water places enormous pressure on the most vulnerable households, putting additional burdens on the state, such as additional demands on health services as a result of disease outbreaks. Thus, it is imperative that a minimum amount of water is provided free.

Water management devices have been used as a blunt instrument to regulate water supply to poor households. Until July 2017, every household in Cape Town received six kilolitres of water every month free. This was known as “free basic water”. In most other parts of the country free basic water has always been targeted (i.e. only available to people registered as “indigent”).

In July 2017, universal provision of free basic water was scrapped in the belief that it did not create a financial incentive for people to save water and gave a false impression that water was cheap and abundant. Furthermore, in a drought, it makes sense for water to be very expensive above a “lifeline” amount, with severe penalties for breaking any restrictions.

The problem here is that this logic falls apart along the fault lines of South Africa’s unequal society when water becomes scarce.

In the face of severe water restrictions, domestic potable water consumption became far more equitable in Cape Town, with both wealthy and poorer households using close to the daily 50l per person a day allocation. Under rational circumstances, we might celebrate a rare shift towards a more equitable society.

However, the current pricing model makes this victory seem more like a disaster because of the need to generate sufficient revenue from water to cover the costs of maintaining the necessary water-supply infrastructure. This has and will always lead to perverse incentives being offered by the municipality in order to generate revenue.

At times of extreme water scarcity, the key question is who – or what – needs water the most. Remarkably, until late into September 2017 the City of Cape Town had not banned the topping up of swimming pools for those who could afford to pay. At the same time, poor households were physically restricted through the water management devices to 350l a day.

Another complication with this model is that scarcity drives people to seek alternative sources of water, which in turn reduces the revenue that can be generated. The re-use of “grey water” and the installation of water tanks are useful tools to help prevent dams emptying but are a disaster for the logic of revenue generation.

Reducing dependency on the municipal supply pushes the burden of cost for water onto households that cannot afford these sorts of investments or lack the space to house them.

When water is abundant, the logic of “use as much as you can pay for” seems a little less abhorrent than it does when it is scarce. However, with a limited amount of water to go around, pricing is not an equitable, fair or sensible mechanism for allocating water.

Cape Town provides us with an instructive case study, but the challenges exist across the country and are likely to become more extreme as the climate crisis deepens. It is abundantly clear that the current model of water allocation is broken and is failing to deliver a safe and reliable supply of water to millions of South Africans.

This is an appropriate time to be re-envisaging the supply system to ensure that everyone in South Africa has access to safe and reliable water, recognising that it is a scarce resource, becoming increasingly scarcer.

EMG believes it is vital to reimagine how municipalities and households adapt to long-term water scarcity. However, there is no “off the shelf” easy solution to a multifaceted problem. It is clear, though, that we need to ensure people’s agency and social and ecological justice are at the centre and that the commodification of water undermines any such solutions.

EMG is working with members of the South African Water Caucus and affected local communities to generate alternative models for financing water provision. In moving our highly unequal society forward it is imperative to build a more inclusive and equitable economy.

The fault lines are abundantly clear and ongoing social unrest is a clear indicator that our model of economic development is unsustainable.

It would be foolhardy to continue tweaking a water supply system that exacerbates inequality. Instead, we need a bold new approach that will restrict water wastage by all, generate the revenues to maintain infrastructure from those sectors of society that can afford it, and ensure that all can enjoy their constitutional right to sufficient basic water supply. DM

Maverick Citizen supports the Global Climate Strike and citizen action to mitigate the climate crisis. Where will you be on 20 September 2019? What will you tell your children and grandchildren you did to save the planet? There are no if or buts about this.