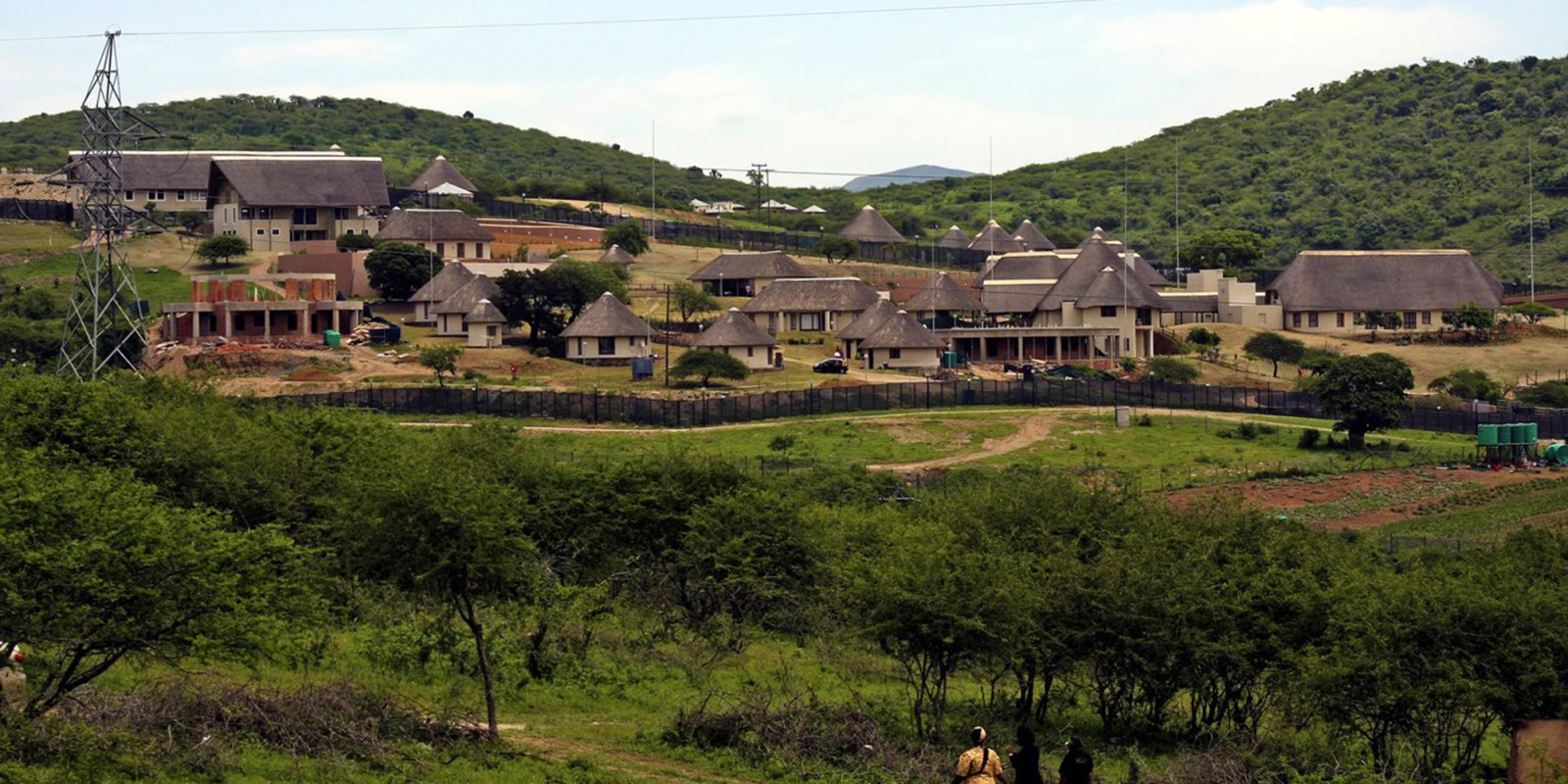 President Jacob Zuma's residence in Nkandla in KwaZulu-Natal on Sunday, 4 November 2012 as seen from the road that was blocked by ANC supporters, who did not want Democratic Alliance leader Helen Zille to inspect Zuma's homestead. Picture: Giordano Stolley/SAPA

To avoid losing his Nkandla home, former President Jacob Zuma must pay an amount of R7.3-million for his loan from VBS.

These revelations are detailed in court papers filed by VBS Mutual Bank’s liquidator, Anoosh Rooplal, which show that Zuma defaulted on the loan extended to him by the bank in 2016.

Rooplal and VBS are asking the court to grant an order forcing Zuma to pay up, or allow VBS to execute on the property. Zuma is the first defendant in the matter, the Registrar of Deeds the second defendant, and the Ingonyama Trust the third defendant. The Ingonyama Trust is linked by virtue of its ownership of part of the land named Nxamalala Farm, and on which the former president’s homestead is built.

Zuma has yet to indicate whether he will defend the action.

The action comes after Zuma failed to service the R7.8-million VBS loan he used to pay back the state for exorbitant upgrades to his Nkandla home.

According to court papers, Zuma first fell behind on the repayments in August 2018 when he was R109,569 in arrears. VBS is being liquidated following revelations that its directors were involved in R2-billion fraud.

The papers reveal that Zuma made sporadic repayments of less than the amount agreed on, which was R69,000 per month over a period of 20 years. The bank was forced to demand the whole outstanding amount of R7.3-million after arrears on the loan accumulated and after Zuma failed to make repayments. According to the court papers, as of 21 August 2018, Zuma was in arrears to the sum of R109,568.85, and as of 31 August 2019 the arrears stood at R558,691.47. The papers further state that the first defendant is indebted to the plaintiff in the sum of R7 345,849.63.

The court papers further show that VBS liquidators had tried many times to recover the arrears without much luck. Zuma would fail to pay even after making a promise through his attorney to make do so.

Zuma has spent years fighting against having to pay back taxpayer money spent on upgrades to his KwaZulu-Natal home claiming that the upgrades were all related to security and so should be covered by the state. Former public protector Thuli Madonsela ruled in her report, Secure in Comfort, that portions of the money spent on the Nkandla upgrades should be repaid.

Madonsela, among other things, had found that Zuma had unduly benefited from some of the upgrades which included the building of a chicken run, cattle kraal, amphitheatre, swimming or fire pool and was personally liable for their costs. The upgrades cost South African taxpayers R250-million, and Madonsela had recommended that Zuma pay back a portion of the funds used for the non-security upgrades to his homestead.

In 2016 the Constitutional Court agreed, saying Madonsela’s findings and remedial action were binding. At the time, Chief Justice Mogoeng Mogoeng found that Zuma had failed to defend, uphold and respect the Constitution of the Republic. DM