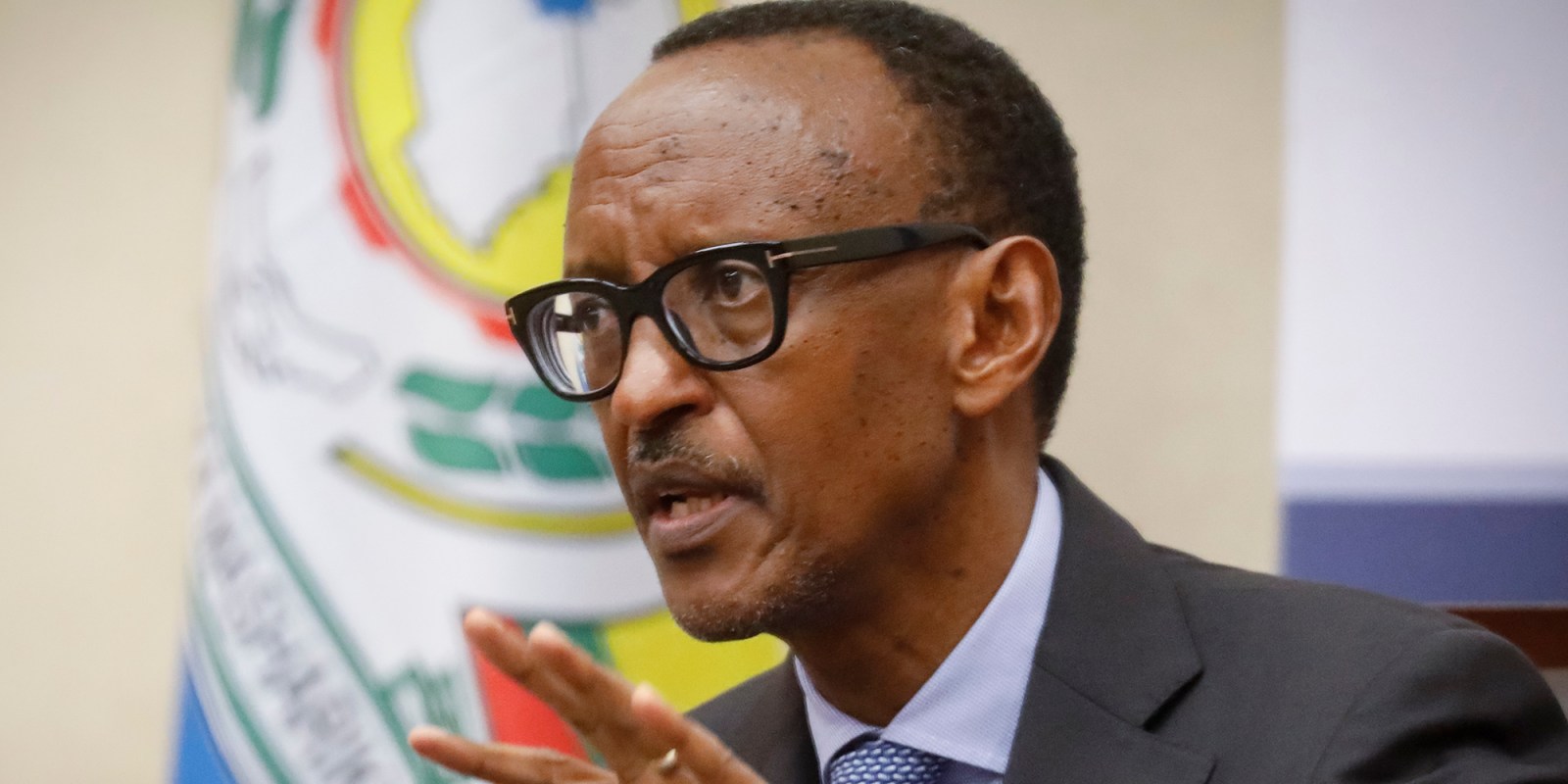 President of Rwanda Paul Kagame speaks during a news conference in Kigali, Rwanda, 08 April 2019, a day after the country marked the 25th anniversary of the 1994 genocide in which ethnic Hutu extremists killed ethnic Tutsis and moderate Hutus during a three-month killing spree that resulted in, according to Rwanda, the death of more than one million people. EPA-EFE/DAI KUROKAWA

On 30 May 2019, Rwandan Bolt (Taxify) driver Camir Nkurunziza was hijacked and killed in Cape Town in an incident that involved three suspects and some police officers. The first court appearance left his widow dejected as it was postponed for still further investigations.

Annet Kabasindi got out of bed with some expectation of getting more answers to the riddle that is her husband’s hijacking and murder – and, just perhaps, to see some justice done. She got neither. Even though it’s more than three months since her husband, Camir Nkurunziza, was killed one day before his 41st birthday on the last day of May, the wheels of the South African justice system have been grinding all too slow.

It’s the second time the pair accused of hijacking him have appeared in the Goodwood Magistrate’s Court. The previous appearance, in June, was for a bail hearing. Due to the seriousness of the alleged crimes they were kept in custody.

During the appearance on Tuesday, 10 September 2019, the charges weren’t read out in court – or if they were, nobody in the public gallery could hear them. The court roll at the door listed first suspect Phiwe Zwelinjani, 24, as up for murder, and the second, Sivatho Tshaka, 28, for aggravated robbery. A third suspect, Thabo Majeke, 34, died at the scene.

The court appearance was a 10-minute affair. Most of those sitting in the public gallery were either friends or family of the suspects, or of Nkurunziza, because as soon as the prosecutor announced that the case was postponed until November 5 for further investigation, the public benches emptied out.

The suspects, who were neatly dressed and well-groomed, are to remain in custody. The prosecutor said the ballistics report was still outstanding, and the magistrate mentioned that proof was needed that Nkurunziza was working as an Uber driver (Nkurunziza was, in fact, working through the app of Uber’s cheaper competitor, Bolt, also known as Taxify, at the time of his death, his widow said. It wasn’t clear whether the court knew this, or whether the officials were using the generic term “uber” for ride-share drivers).

There’s also the matter of the investigation by the Independent Police Investigative Directorate (Ipid), which currently has the other docket – and this is where it gets complicated, as the police have been referring queries to Ipid which then refers them back to the police.

The apparent drag in the investigation has had Kabasindi asking whether her husband’s death wasn’t, in fact, a political one – a claim that Rwandan High Commissioner Vincent Karega rubbished from the start, although the South African government has blamed Rwandans in the past for assassinations and attempted assassinations of opposition members.

Karega claimed Nkurunziza had become just one more of South Africa’s horrid and unfortunate crime statistics. It’s also true that being an Uber or Bolt driver in South Africa is a high-risk profession and drivers are particularly vulnerable to hijackings, so he could be correct.

Nkurunziza was a Rwandan dissident, affiliated with the opposition party in exile, the Rwandan National Congress (RNC). His death came a week after another RNC dissident, Callixte Nsabimana “Sankara”, appeared in a Rwandan court for the “formation of an irregular armed group, complicity in committing terrorist acts, conspiracy and incitement to commit terrorist acts, taking persons hostage, murder and looting”, according to the Rwandan daily The New Times.

But the matter of “Sankara”, and the riddle that is the South African criminal justice system – and her own gut feel – are all Kabasindi has to go by.

“It is tough, my heart is so sore,” the gentle midwife with the calm exterior said. Her husband followed her to South Africa in 2004 and they’d lived here ever since.

“There is something behind this. This is not a normal hijacking.”

She said that according to the records on her husband’s phone – which she checked before she handed it into the Goodwood detectives for further investigation – the pick-up was in Mfuleni and the destination was Canal Walk.

“Usually if they hijack you the destination is in those dangerous areas,” she said, implying that the trip would have been made the other way around in a “conventional” hijacking. Many Uber drivers in Cape Town have said in private conversations that they “vet” a trip first, and if the destination is in a high crime area, they cancel the trip.

There are other questions, such as why the police would open the back doors of Nkurunziza’s Toyota Etios after the car had come to a stop following a collision, and shoot those sitting in the back. It appeared that Nkurunziza was bundled into the back of his car next to Majeke after the three suspects allegedly hijacked him.

Kabasindi said there were no bullet holes from outside the car and all the damage was done from inside the car, which was fixed after the forensics on it had been completed and which is being used by Kabasindi to get around, including to the court yesterday.

Kabasindi said she had heard that eight bullets from a police gun were shot into her husband, killing him, while Majeke next to him took four bullets. If the fatal bullets were fired by a police officer this does not explain why one of the suspects was charged with murder – unless he was using a police gun – but the involvement of Ipid suggests that a police officer or officers may have somehow been involved.

This information is, however, unofficial and still has to be produced in court, but it’s hard to imagine that South African police officers would have acted as assassins for pro-state Rwandans. South Africa’s relations with that country’s government are icy at best and the scene – a crash that involved more than three cars and ended with seven people in hospital – was too messy to suggest a high-level assassination.

There was a knife in Nkurunziza’s left hand, but Kabasindi said her husband was right-handed, so her theory is that the knife was put into his hand after he died. There is, of course, also the painful, if remote, possibility that her husband might have been involved in criminal dealings that he didn’t share with his family, but there’s been no suggestion of that other than from those opposed to his politics.

Rwanda’s Minister of State in charge of the East African Community, Olivier Nduhungirehe, believed Nkurunziza was resisting arrest with the knife, and tweeted something to that effect soon after Nkurunziza was killed.