Climate fight has faith on its side 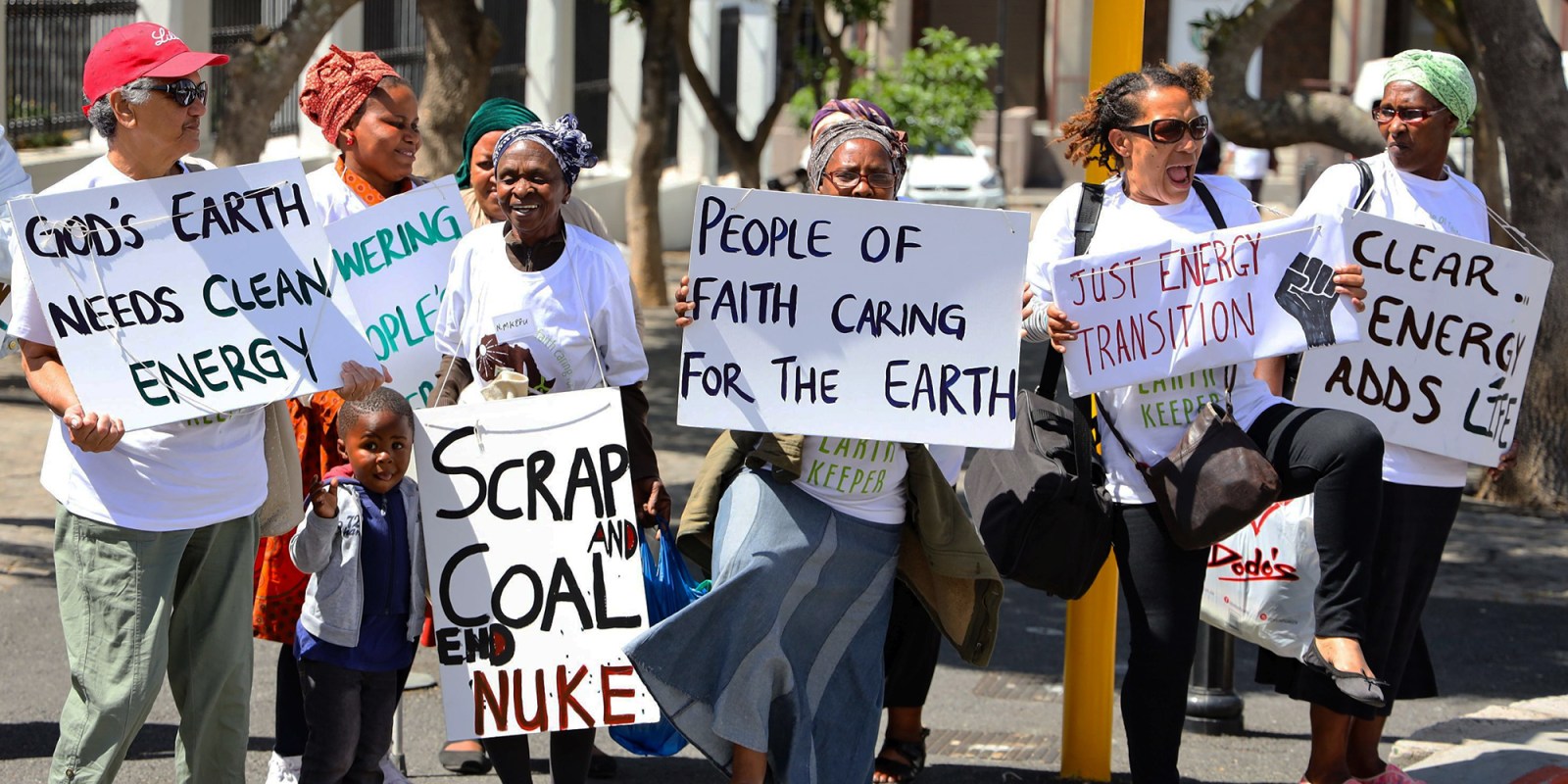 Spring Day, 1 September, saw the Southern African Faith Communities’ Environment Institute start a new wave of activism centred on the Season of Creation, a worldwide movement aimed at sanctifying and protecting the environment and its inhabitants.

The Southern African Faith Communities’ Environment Institute’s patron and founder, Bishop Geoff Davies, launched the organisation in 2005 after a multi-faith environmental conference. Members adhere to a number of different spiritual traditions and range from African traditional healers to Quakers, but all are united in their diversity through a shared commitment to the planet.

Last month, Davies wrote a letter to fellow clergy, describing this season as “an opportunity for us to spring-clean our lifestyles and participate in campaigns like the youth-led global climate strike”.

Davies cited the importance of withdrawing investments from fossil fuel companies. He also rallied against the cultivation and use of palm oil, which causes massive amounts of deforestation and is in a wide array of processed foods and cosmetics.

“No longer can we deny the fact that climate change is the greatest threat to every living being who shares our common home,” Davies wrote. “No longer. The time for action is now.”

Since its launch in 2005, Safcei has been busy. It already has a long record of combating corruption and government wrongdoing. Two years ago, Safcei went to court over secret nuclear deals signed with Russia, the US and South Korea. Judges later ruled the deals unconstitutional, requiring the government to openly and transparently discuss policy decisions that might alter the future of the country.

Safcei’s investment extends past anti-nuclear activism. In the aftermath of several defamation suits filed against lawyers and activists who had criticized the Xolobeni mining operation, Safcei unleashed a campaign against corporate bullying. It has also advocated for the right to a healthy environment, a right recognised in Section 24 of the Constitution, but not in fact.

“People feel that prayer and contemplation can be separate from action,” she explains. “But prayer allows for a different way of thinking and being.”

In her opinion, that means recognising that nature has an inherent value that goes beyond what it provides to people.

De Gasparis argues that much of our current situation stems from how we treat the planet. When people fail to recognise the vibrancy and meaning of a living earth, she thinks, they feel free to treat it like a commodity and abuse or ignore it as they wish.

As a multi-faith organization, Safcei brings together numerous religious perspectives on the environment. Its website highlights the reverence that each faith has towards the natural world, ranging from Muslim attitudes about justice to traditional African beliefs about the interconnectedness of everything.

On 20 September, youth activists will take to the streets, putting forth an ambitious list of demands. They will ask that the government achieve carbon neutrality by removing a ton of carbon dioxide for every ton created. They will also push for the elimination of carbon pollution, which is linked to increased rates of asthma and other breathing issues.

Safcei will protest alongside them, lending experience and personnel to the cause. De Gasparis hopes the protests will provide a chance to mobilise political will.

“The government’s energy policies show their lack of commitment,” she explains, highlighting the state’s lethargy in tackling climate issues.

Perhaps the unapologetically radical youth protests, which point the finger at “carbon capitalism” and urge the UN to isolate “carbon criminal states” like the US, Saudi Arabia and, arguably, South Africa, will be the reprimand the world needs. DM

Noah Tobias, an intern at Daily Maverick, is a student at the University of North Carolina, Chapel Hill.