Julius Malema and the looted VBS funds: The devil’s i...

Julius Malema and the looted VBS funds: The devil’s in the detail 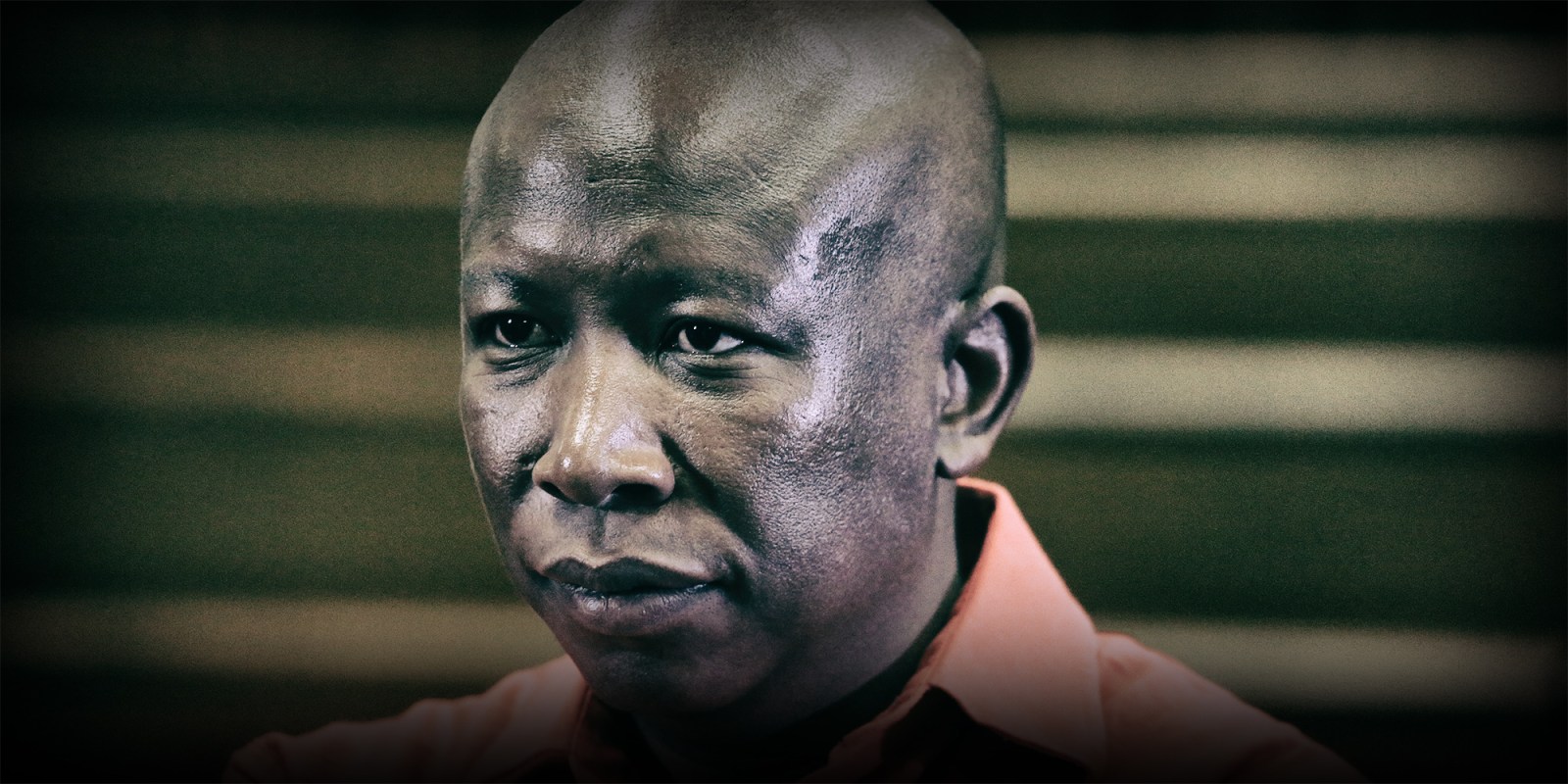 The trail provided in Daily Maverick’s report by Pauli van Wyk into Julius Malema and looted funds from VBS bank surely provides more than enough evidence for the Hawks and the NPA to follow?

On Monday 9 September, Daily Maverick published a report that showed in intricate detail how money flowed from the looted VBS Mutual Bank into a business bank card linked to an account controlled and used by EFF leader Julius Malema. The report is likely to lend credence to those who believe that Malema is corrupt, and prove to them that he is living the high life at the expense of the poor. Malema’s supporters will probably ignore the claims. But the report may well have a significant political impact, in that it could further remove political momentum from Malema and the EFF.

There have been many reports detailing the life led by Malema, and demonstrating what appears to be hypocrisy in his politics. However, this report appears to be different in that there has never before been so much detail. Also, the actual goods that Malema spent the money on, the details of how it was spent in Hyde Park, and the fact that he bought high-end products unavailable to most people in South Africa, demonstrate he is not living the life his supporters do.

So far, there has been no response from Malema or the EFF, official or otherwise.

In the past, the EFF has refused to provide point-by-point denials or clarifications – rather it has lambasted those who have reported on it. In one case, Malema labelled the journalist who wrote the story, Pauli van Wyk, as “Satan”. This is a response that appears to be neither political nor truthful.

The silence from Malema and his supporters may be an indication that he plans to tough it out again. He may hope that the current xenophobic violence, and the attacks by men on women mean that not many other media outlets would pick up the story. The EFF could also believe that its public attacks on journalists in particular and the media in general are enough to make some of them avoid writing anything about the party.

Malema has also shown over the years that he seems to believe there is one set of rules for him and a different set of rules for everyone else. It does not matter what is thrown his way, nothing seems to affect him. Anyone who criticises him is either “Satan”, white, or an agent of “White Monopoly Capital”.

However, the facts in this case, because of the intricate detail, because of the context around VBS and previous reports, suggest that that defence may not work. The facts are sometimes awfully difficult to avoid, no matter how loud the shouting is.

One of the questions posed by the results of the May elections is why more people did not vote for the EFF. The party garnered 10.8% of the vote, in a country where more than half of the young people are unemployed, and may well be giving up hope of ever getting a job. One of the reasons the EFF did not win more votes could be that voters do not trust Malema, that they believe he is corrupt.

This report, and the details that have emerged will increase that perception and may well shrink the pool of potential EFF voters. While some people believe the EFF is the radical solution to South Africa’s problems, others believe it is a criminal organisation.

In the shorter term, there is likely to be more pressure brought to bear on the National Prosecuting Authority.

Questions have already been asked for years about why the NPA has avoided bringing charges against Malema, despite a litany of possible offences. The most inexplicable of these relates to the On-Point Engineering firm in Limpopo. There, Malema’s trial was actually due to start, but was halted because his co-accused was ill for any of the court appearances (he has since recovered.) The NPA has not explained why that case was never restarted.

The trail provided in this latest report surely provides more than enough evidence for the Hawks and the NPA to follow. While it is obvious that a journalist’s report and a case prepared by a prosecutor are very different, the court of public opinion may well judge that Malema must face charges.

The problem for the NPA is that Malema could try to turn a trial into a conspiracy theory, with him in the centre of it, and will use it to campaign in the way that former president Jacob Zuma did. However, Malema is not Zuma, and does not appear to have the political machinery that Zuma enjoyed in 2008. Certainly, he cannot count on a national network as the Zuma-aligned ANC had at the time.

Also, while the first day of testimony in a case like this could see political statements being made inside and outside court, the blow-by-blow testimony of witnesses is likely to change the way he is perceived. Over the course of a trial, this could have the effect of diminishing his support before the case produces an outcome.

There is plenty of contextual evidence for any charges that would stem from this report.

The first report into the collapse of the VBS bank provided details of who did what, and how. And yet, for the moment, no one has been charged in connection with the looting. Considering that the report was compiled by an advocate, any further delay is likely to lead to questions about whether those involved in the VBS incident are being protected.

Meanwhile, on Monday, members of the ANC from several branches in Limpopo held a protest outside Luthuli House. They demanded that the ANC make a decision about whether it will hold disciplinary inquiries into ANC members accused of wrongdoing in connection with VBS.

The politics of all of this is interrelated. Any decisions by the ANC could have an impact on what happens to Malema, as more information will spill into the public domain. The political and personal links between Malema and the ANC, particularly in Limpopo, are well known.

The upshot of this latest report about VBS looting is that once again questions are going to be asked about both the ability and the will of the NPA to act. Action by the institution now has the potential to change the balance of political power.

This report puts pressure on Malema in significant ways. But it also puts more pressure on advocate Shamila Batohi to act. DM