The VBS aftermath: ‘If we speak, they will kill us’ 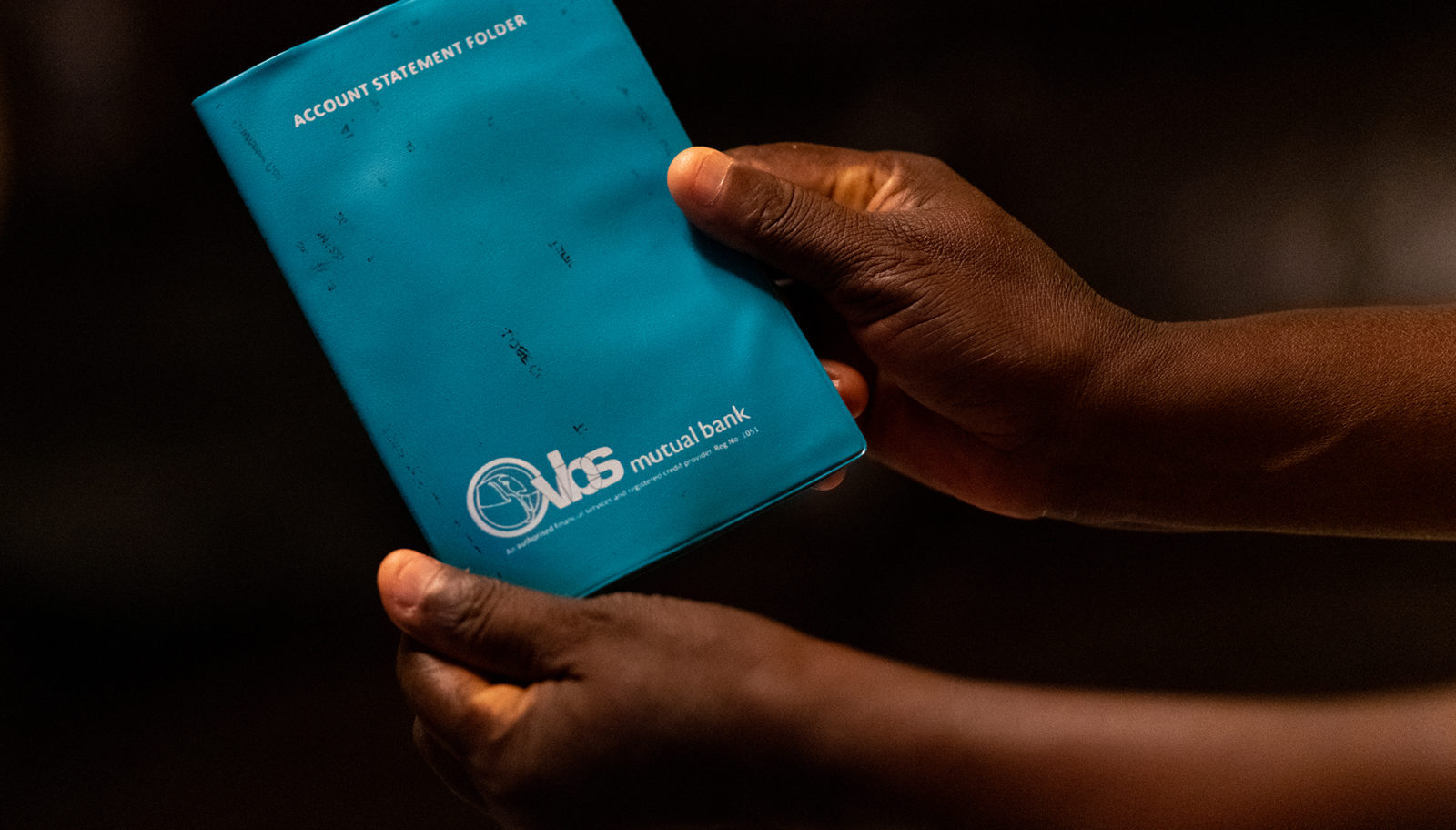 Despite the fact that the culprits are known to the community, everybody knows that VBS is not something you talk about in Thohoyandou. (Photo by Thom Pierce)

The favourite line of fraudsters and tax cheats is that it’s victimless crime – just ask the State Capture players. But scratch this thinnest of veneers and it is easy to identify real-life damage to the poorest of the poor. The victims of the VBS collapse had their lives ruined – we went searching for them.

Thohoyandou is a hive of activity: in the town centre, hawkers chat to each other by the side of the road, and crowds of people go about their business.

It appears to be a normal South African town. There are many litter-strewn dirt roads with potholes and no streetlights. Children go to school, taxi marshals call for passengers and young people huddle in corners, laughing.

But everybody in Thohoyandou is keeping a big secret. The Venda Building Society (VBS) is the elephant in the room. Fear is in the air, and nobody wants to talk about it.

At Tshakuma Market, a 24-hour fruit and vegetable market, the words “VBS” raise much suspicion. Many of the hawkers simply avert their eyes, others claim to have never banked with VBS.

An elderly woman at Tshakuma market says it’s too painful to talk about VBS.

“I lost a lot of money,” is all she is prepared to say – after that she dismisses us and tells us to leave her alone. She nods her head to the left, in the direction of other hawkers: “Try them” she says firmly and unenthusiastically, and then her face turns to stone.

Out of 50 or so hawkers on the day shift, only three will speak. In a secluded area of the market, a group of women who were members of a burial society called “Zwoieta 50/50” huddle together and speak briefly about their VBS experiences.

One woman explains that the burial society or stokvel has been going since 1997. Then, the society had 35 members who were each putting away R3,000 a month. The women decided their stokvel would be the best platform for them to save their money. Many of the women were saving for their children’s education, to renovate their homes and to have savings for the future.

At the time that VBS started to unravel, which they heard about on the local radio station Phalaphala FM, Zwoieta 50/50 stokvel had about R200,000 invested in the bank. The news of VBS’s troubles spread like wildfire through the market and town, and people scrambled to the bank to try to retrieve their life savings. Zwoitea 50/50 society was among the lucky few: they managed to recoup nearly all their funds. It was a difficult process – for 30 days they took turns to withdraw R1,000. Finally, they were told to collect their funds from Nedbank. In the end, they lost only R800.

Khathu Mushwana*, a 54- year-old hawker, was not so lucky.

She is already in tears before she says anything about her experience. Her frail body shakes as she cries silently.

“I heard it on the radio. They said everyone who has money at VBS must go and collect their money,” she recalls. For two days her fellow hawkers argued about who would be first to go and find out what was happening at the bank.

“We were all so afraid, nobody wanted to go,” she says softly.

Finally, one of the hawkers made the trip to the bank and upon her return she confirmed that the media reports were true. Something had gone wrong with the bank and people had to try to get their funds out as soon as possible.

Two days after the announcement Mushwana plucked up the courage to go to the bank. Her husband accompanied her.

“They just said they were having some problems and were investigating.” No explanation of what the problems were or what was being investigated.

At the time, this information was enough to allay her fears, and she was certain she would get her savings back.

In the next few days, she received an SMS from VBS, notifying users that they were to go to Nedbank and withdraw their funds.

Mushwana made the trip to Nedbank, again with her husband. She approached a teller with her ID and was simply told that she could only withdraw R100,000.

“I asked them for a statement, and they said they couldn’t give me one.” Mushwana lost R330,000 of her life savings, (and possibly more if she had accrued any interest) without any explanation. She had been with VBS for only one month before things went south. All her deposit slips are dated January 2018. The deposit slips are all she has left of her funds.

When Mushwana gets to this part of her story, she is weeping, face buried in tissues and her left foot is tapping uncontrollably. She is unable to speak for a long time.

When she manages to take a breath she explains:

“I am so ill, there is no way that I will ever be able to work and recoup that money. My husband has to pay my son’s fees, and that is expensive because he’s at a private college, and there’s the medical bills – I don’t know what I am going to do.”

Defeat is written all over her face.

In 2017, Mushwana became ill and had to resign from her administrative job. She had to go to a medical facility at least three times a week for treatment. When she resigned, she took her entire pension payout of R430,000 and deposited it into VBS. This was the first time she had ever banked with VBS. After doing her own comparative research, she decided it would be the most suitable bank as it had minimal charges for withdrawals.

Mushwana decided to start her own business selling mopani worms. She withdrew some of her pension money to use as start-up capital. Twice a year, she would travel to Botswana to buy 250 50kg bags of mopani worms. The trip to Botswana is “very strenuous” she says.

“I have to spend a week in Botswana buying stock, then I have to load 250 bags of mopani worms into my truck. Sometimes I have to do a double trip to collect them all,” she says. Now, she is too ill to continue this process and relies on her daughter to make the trip for her.

When she gets the mopani worms to Thohoyandou, she separates the worms into smaller tins which she sells for R300 a tin. As with any lucrative business, there is much competition. Mushwana has to be at the market every single day to sell her stock.

“After my treatment, I feel so tired and weak, but I come anyway because I have no choice, I have to get rid of this stock, so I can buy more.”

Very few people have been held accountable for the fraudulent activities at the bank. This upsets Mushwana even more:

“We see them every day, driving around here in their fancy cars, and they have their big houses – they should sell their cars and houses so we can get our money back.”

Despite the fact that the culprits are known to the community, everybody knows that VBS is not something you talk about.

“If you say anything, they will kill you,” Mushwana says softly.

Many other victims, however, are already dead.

“They died from stress and heartbreak,” Mushwana says. This year one of her close friends, whom she worked with at the market, died after failing to cope with the loss of her funds.

“Another lady I know lost R700,000,” she says. She refuses to divulge any other details, fearing the information will put her and her colleagues at risk. “If they find out that we are talking they will kill us,” she repeats.

“We see people [whistle-blowers] dying every day on the news.”

It is not only victims who are afraid for their lives. Many local journalists we tried to talk to said they had decided to separate themselves from the VBS matter:

“This is a very sensitive case. I fear for my life, you must be very careful,” said one journalist.

Nobody will say who “they” are. But it is clear these anonymous figures wield a lot of power, enough to shut down the talk of an entire town. There are very few people who are willing to speak about the matter. Despite the fact that people like Mushwana lost their entire livelihoods, there is no room for them to share their pain or experiences.

Instead, the entire town has been switched to mute. Even the victims of the VBS scandal, who have done no wrong, have to keep their heads down, lest they too lose their lives. They are forced to carry on as though nothing happened, without any solid hope of ever getting their money back. DM

*Name has been changed to protect the identity of the interviewee.

As xenophobia spreads and crime spirals, where are the South African intelligence agencies?