Aftermath of the Alex Attacks 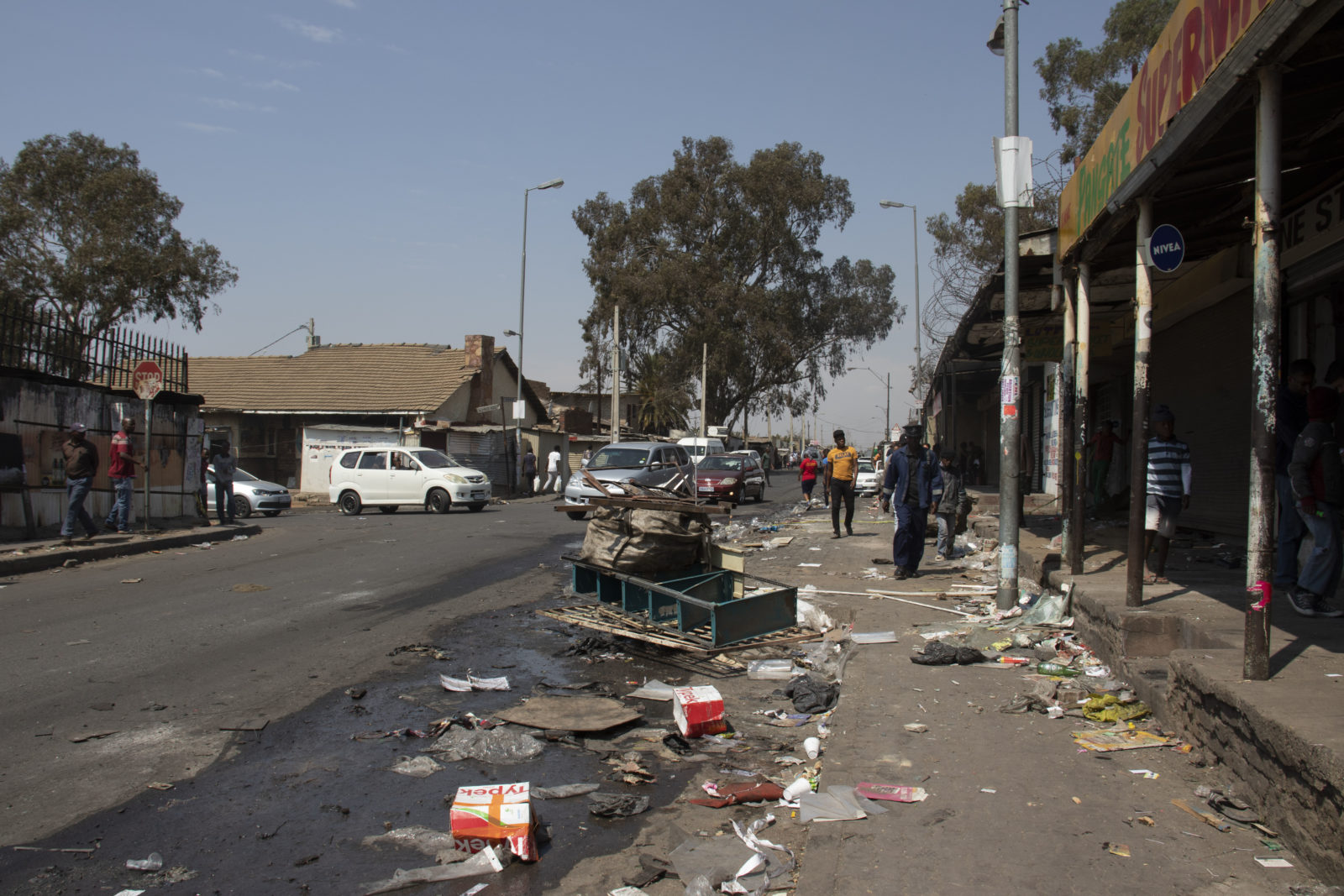 Shops at the Pan Africa shopping centre in Alexandra, Johannesburg, were looted on 3 September 2019. This was part of the xenophobic violence and attacks on foreign national store owners that started in Jeppestown on 1 September 2019. Photo: Aisha Abdool Karim

After the initial xenophobic attacks and looting in Jeppestown started on Sunday 1 September, the violence spread to other parts of Johannesburg. Shop owners in Alexandra, who both foreign nationals and South African, were attacked on Tuesday 3 September.

The Pan Africa shopping centre, in Alexandra, was set alight by arsonists after the stores had been looted. Police reported that two burnt bodies were found in one of the stores.

In the aftermath on Thursday 5 September, while some of the shopkeepers tried to revive what was left of their stores, scrapyard collectors tore down other stores’ infrastructure for parts and pieces of metal that could be sold. DM