'Too poor to be treated' – Gugulethu residents demand...

‘Too poor to be treated’ – Gugulethu residents demand better healthcare 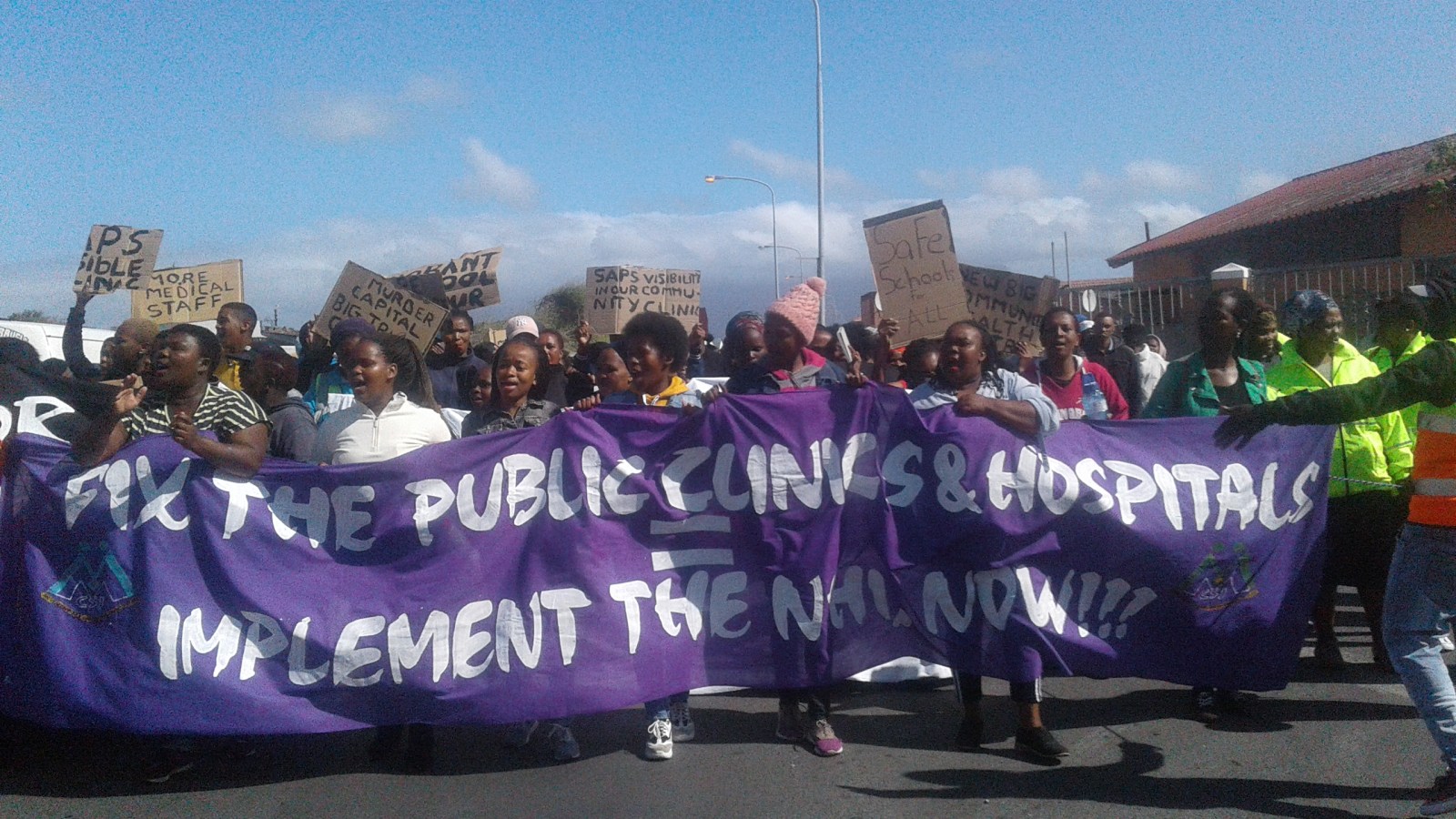 About 200 Gugulethu residents marched to the township’s Community Health Centre, the Dental Clinic and the police station on Wednesday, demanding better healthcare and better security.

The march was organised by the Movement for Change and Social Justice (MCSJ), an alliance of organisations aimed at tackling health, safety and social services issues in and around the Gugulethu area.

The protesters marched from the MCSJ offices on Qabazi Drive stopping at the three places to hand over lists of demands. Some marchers held placards which read “Too poor to be treated” and “Fix the public clinics and hospitals”.

The elderly were transported in minibus taxis.

“Our clinic does not have the capacity to deliver quality services. It is robbing us of our right to health,” said MCSJ founder Mandla Majola when protesters converged outside the KTC Community Health Centre.

Residents complained that the clinic, built in 1965, is under-staffed and has poor infrastructure. They want the clinic to be rebuilt with a larger trauma centre to cope with the high incidence of stabbings and shootings in the area.

One resident claimed that the clinic has severe bed shortages to the point where patients sleep and are treated seated on chairs. She also said that some women have given birth in hallways.

“We want a better maternity unit,” said Tantaswa Ndlelana, a branch leader and member of MCSJ as she read out the list of demands which were signed and received by Lunga Makamba, manager of both the KTC hospital and Dental Clinic.

Majola said the maternity unit at the hospital might be closed because the structure is made of wood which is now rotting. “Our women will have nowhere to give birth,” he said.

Residents also demanded parking for cars on the premises, as they say they are at risk of being hijacked or robbed when they leave the clinic. They said people with disabilities struggled to access the clinic.

Numbers swelled to about 600 protesters as the march moved to the dental clinic, where demands were made for two full-time dentists, an oral hygienist, and for the clinic to be open five days a week.

Qabazi also said that the clinic, which is on Steve Biko Street, was too far for patients to travel.

“It was never supposed to be here, it was supposed to be at KTC, but because of the lack of space it was placed here,” she said. A second memorandum was handed over to Makamba with a deadline to respond in 14 days.

Before dispersing, the crowd stopped at the police station where a list of demands was handed over to the station commander, Brigadier Damoyi. Demands included a mobile police unit stationed outside the KTC hospital which has become a hotspot crime area; swifter police response times; improved security at the Nobantu Primary School which isn’t fenced; and CCTV cameras. DM