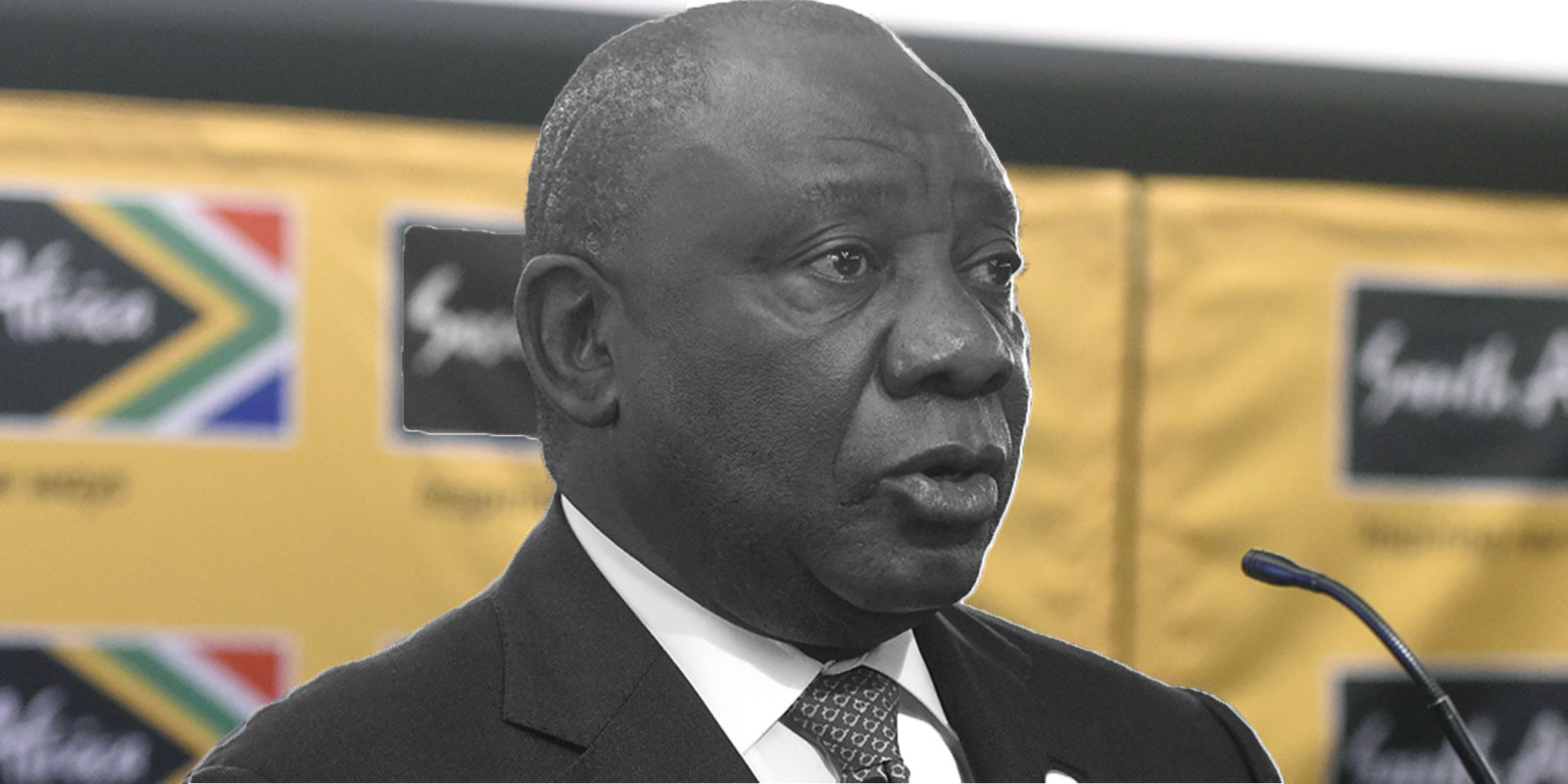 Several South African chain stores have shuttered their operations as protests against xenophobic attacks grow in the rest of Africa, and official continental criticism of South Africa mounts.

The backlash across Africa to xenophobic violence against Africans in South Africa is spreading and becoming more violent.

In retaliatory strikes, South African-owned chain stores and trucks have been targeted in other African countries, including Nigeria, Zambia and Mozambique. Meanwhile, the African Union and foreign governments have issued strong formal protests to Pretoria. Nigerian President Muhammadu Buhari announced he was sending a special envoy to express his concerns directly to President Cyril Ramaphosa.

The presidents of Rwanda, Democratic Republic of Congo (DRC) and Malawi are widely reported as having pulled out of the World Economic Forum (WEF) Africa summit in Cape Town this week in protest against xenophobic violence. But the governments of Rwanda and DRC, the WEF organisers and the South African government have all denied this was the reason for their absence.

Diplomats sent Daily Maverick a video clip showing University of Zambia students entering the East Park Shopping Mall in Lusaka, threatening to attack South African-owned shops. However, they said the South African shops – including Pick n Pay, Shoprite and Edgars – and others at Manda Hill Mall shut quickly before the students could get in.

“No damage or looting occurred,” said a diplomat, noting that the students were en route to the South African high commission to deliver a protest about the xenophobic violence.

The Zambian division of South African television group Multichoice said it had closed its East Park and Manda Hill branches for security reasons. Its global head of corporate affairs, Jabavu Heshu, told fin24 it had also closed its offices and branches in Nigeria after protests against them in Lagos and Lusaka.

He said the offices and branches would remain closed until the situation stabilised.

“The ongoing violence in South Africa against foreign nationals is against the spirit of Africa, and counter-productive to the decades of work done by African leaders and well-meaning organisations to unite the continent,” said Heshu.

“We are a proudly African company and although our story began in South Africa, today we represent the African continent in all its diversity through our presence across the region.”

Cellphone service provider MTN confirmed that over the last day four of its outlets in Nigeria had been attacked and that it had closed its stores and service centres in the country as a precaution to protect its customers, staff and partners. It also said it had had to close some stores in Johannesburg. No injuries had been reported.

“MTN Group reiterates its stand against any form of xenophobia and damage to property and remains concerned about the situation in its markets,” it said, adding that it was working with the relevant authorities and other stakeholders to stabilise the situation both in Nigeria and South Africa.

Zambian President Edgar Lungu on Wednesday condemned the xenophobic attacks in South Africa and called on Zambians to refrain from violence in their response.

He said the attacks on foreign nationals “call for urgent concerted measures by the South African government and the regional bodies…before this xenophobia degenerates into full-scale genocide.”

He urged the South African Development Community and the AU to intervene “as this carnage has potential to destabilise African unity”. The attacks could cause South Africa “to be isolated from the rest of the civilised world”.

Lungu called on all Zambians, both locally and abroad, “to remain calm and disengage from acts of violence as they voice out their grievance”. He condemned the Zambian students for their “acts of lawlessness”.

However, the company did say that “several stores in South Africa, Nigeria and Zambia are today unable to open due to protest action, and extensive damage has been done to several supermarkets over the past 24 hours, impacting the lives of millions of law-abiding people”.

The Shoprite Group “strongly condemned any kind of violence and intimidation against the citizens and businesses of countries on the African continent and anywhere in the world.

“We remain committed to engage with government, industry and consumer groups so that decisive action is taken against those involved in violent crimes and intimidation against foreign nationals as well as to convey our strong position against xenophobia,” the group said.

However, the Mozambican national news agency, AIM, reported that some people had tried to prevent South Africans from using the Maputo-South Africa motorway, but that Mozambican police had “brought the situation swiftly under control”.

The report said the attempt to stop South African trucks had been in retaliation for the torching in South Africa of seven foreign trucks – one of them Mozambican – since Sunday.

AIM quoted the deputy chairperson of the Confederation of Mozambican Business Associations (CTA), Castigo Nhenane, as saying these attacks were causing losses of about $1-million a day to Mozambican transport companies, which had stopped driving into South Africa.

Nhenane told a press conference in Maputo this estimate only covered trucks carrying merchandise. If passenger transport was also included, the losses could rise to an average of $3-million a day.

“Preliminary data indicated that about 300 trucks belonging to Mozambican transport operators used to enter South Africa every day to transport a variety of goods,” he said.

“But since the disturbances began, they have stopped going to South Africa. That has paralysed about 2,000 Mozambican workers, with all the negative impacts this has on their families.”

The CTA condemned the cruelty and extremism of the South African violence, particularly since it comes at a time when Africa is moving towards a Continental Free Trade Area, which should bring benefits to all it members.

The doyen of the diplomatic press corps in South Africa, DRC ambassador Bene M’poko, had earlier urged the South African government to address the xenophobic violence at the highest level.

On Wednesday, President Cyril Ramaphosa, speaking at a Brand SA breakfast meeting in Cape Town, condemned attacks on foreign nationals living in South Africa, saying South Africa is a “home for all”. He also noted that the attacks were working against the interests of South Africa which was planning to extend its commercial reach into Africa through the recently-launched African Continental Free Trade Agreement.

The Department of International Relations and Cooperation (Dirco) issued a statement denying media reports that Rwandan President Paul Kagame, DRC President Felix Tshisekedi and Malawian President Peter Mutharika had withdrawn from the WEF summit in Cape Town because of the xenophobic violence.

It said that Kagame had informed the government before the outbreak of violence that he would not be attending “due to other pressing commitments”. Tshisekedi had been invited but had not confirmed. The statement said Dirco had received no official correspondence about Mutharika’s attendance.

“There is therefore no truth to the reports that the three heads of state have cancelled their visits due to attacks on African migrants,” Dirco said. It added that law enforcement agencies were taking steps against the perpetrators of the violence and arrests had been made.

“South Africa is a multicultural society that promotes interaction among people of different backgrounds.

“Our Constitution protects the rights of all people living in the country, South Africans and foreigners alike. South Africa recognises that its future is inextricably linked to that of the rest of the continent.”

The WEF announced on Monday that Mutharika would be attending, but the Malawian high commissioner did not reply to questions from Daily Maverick on whether he would indeed be attending.

Rwanda’s high commissioner to South Africa, Vincent Karega, told Daily Maverick that Kagame had decided last week, before the outbreak of the violence, that he could not attend the WEF summit and had informed the South African government.

“President Kagame’s absence is not linked at all to any situation in SA,” he said.

DRC ambassador M’poko likewise told Daily Maverick that “we informed the SA government very early on (way before the xenophobic attacks) that the DRC president was busy putting together a new government.

“Although the new cabinet has been appointed, it still has to be approved by the parliament, hopefully sometime this week. Therefore, under these circumstances, the president cannot leave the country.”

Oliver Cann, spokesperson for the WEF, also denied that the absence of Tshisekedi, Kagame and Mutharika was linked to the xenophobic violence.

In Zambia, economist Lubinda Haabazoka, president of the Economic Association of Zambia, wrote in the Zambia Herald that the AU should not allow Ramaphosa to become its chairperson next year, as scheduled; that South Africa could no longer take any leadership in Africa; and that all South African products should be boycotted because of the xenophobic violence.

The Minerals Council South Africa, representing about 90% of SA mine owners, expressed its deep concern at the violence in Gauteng and particularly its xenophobic character.

It added that the South African mining industry owed much of its growth to the contributions of non-South African citizens, and that investments in the mining industries of numerous sub-Saharan African countries and other parts of the world had become part of the lifeblood of many Minerals Council members.

It urged the government “to maximise its efforts to halt the violence and to ensure that those responsible face the full force of the law”. DM