The youth are our future – let’s empower them 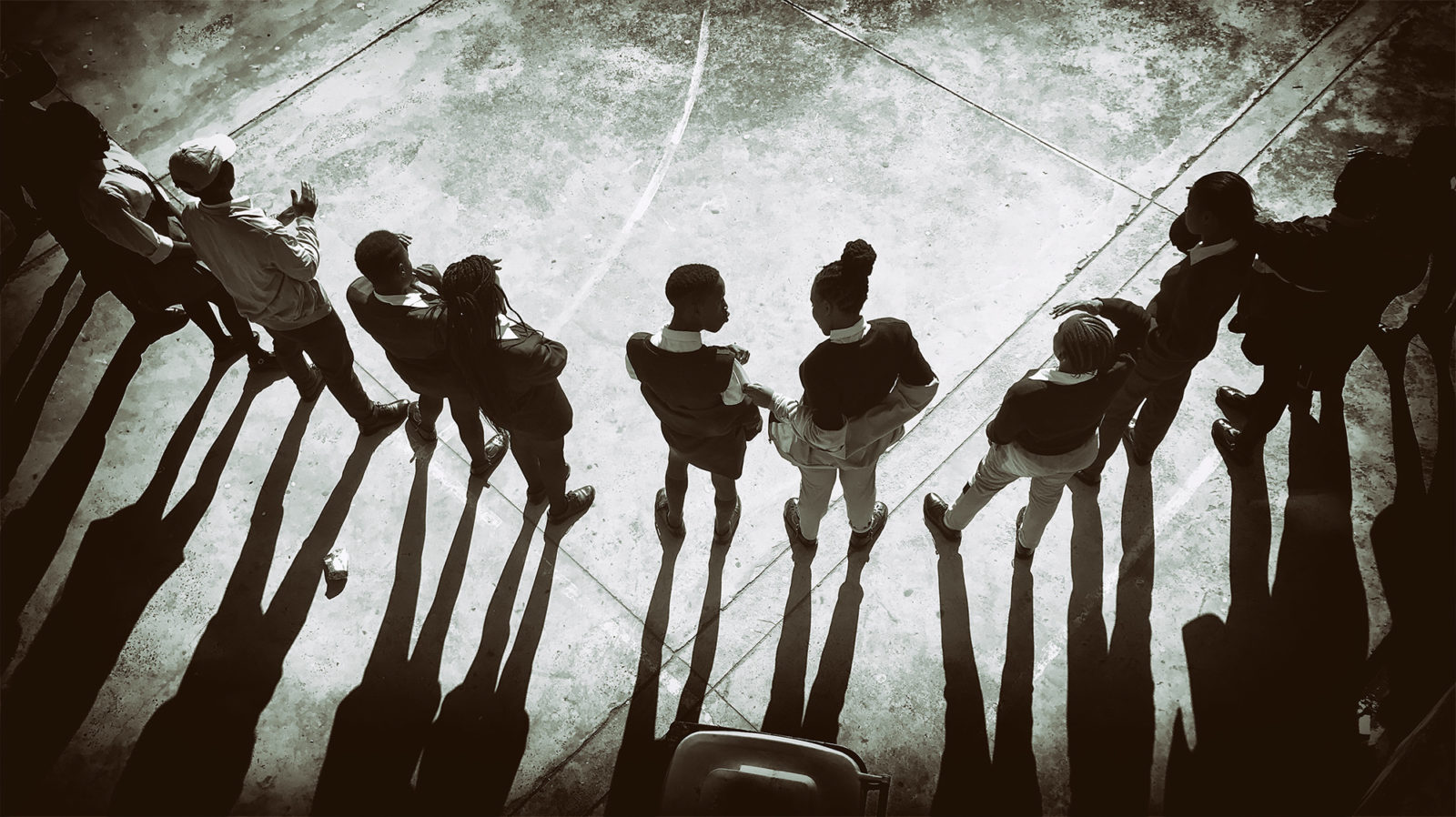 We believe that it is up to all of us to stand together, and combined, we can achieve a lot more in a shorter space of time – thereby supporting youth to prosper. It is time for real improvements, fast.

Global studies show that young people are capable of contributing to the economy by working, starting businesses and leading organisations, yet far too many do not have access to the opportunities they need to reach their full potential. In our country this is demonstrated by the number of young people “Not in Education, Employment, or Training” (NEET).

The International Labour Organisation’s (ILO) Global Employment Trends for Youth 2015 report says “73.3 million of the 200 million globally unemployed are young people (aged 15-24). Compared to 2012, the youth unemployment rate has decreased by half a percentage point or less in… Sub-Saharan Africa”. The latest Quarterly Labour Force Survey by StatsSA confirms this. South Africa’s unemployment rate decreased by 0.4 of a percentage point between Q4: 2018 and Q4: 2017.

In addition, the World Bank’s Overcoming Poverty and Inequality in South Africa assessment of March 2018 states that “despite progress in reducing poverty since 1994, poverty rates remain high for an upper middle-income country…By any measure, South Africa is one of the most unequal countries in the world…Good jobs are the key to future reductions in poverty and inequality”. This was further illustrated in a recent edition of Time Magazine.

According to The Heritage Foundation’s 2019 Index of Economic Freedom, South Africa’s economy “is the 102nd freest out of 186 countries. South Africa was able to retain its investment-grade credit rating because of significant policy improvements after President Cyril Ramaphosa took office in February 2018”.

Since his appointment, President Cyril Ramaphosa has pledged to reignite growth, rebuild investor confidence and tackle unemployment. He committed to creating at least one million jobs within five years and scaling up the youth-employment programme to provide one million paid internships to unemployed people within three years. He also committed to improving the quality of schooling, especially in townships and rural areas, as well as take steps to provide free tertiary education to the poor.

Is it all up to the government to fix this issue, particularly when it has become a crisis that none of us can ignore?

The answer is, no. We believe it is up to all of us to stand together, and combined, we can achieve more in a shorter space of time – thereby supporting youth to prosper. The realisation of a shared economy has been critical for some time, and yet we are still battling along. It is time for real improvements, fast.

Skills like analytical, critical thinking, and emotional quotient (EQ) are future-proof. Even an entry-level employee needs critical thinking, teamwork, conflict management and problem-solving skills. Raising the bar through strengthening the nature and quality of our education system is certainly one of the most-voiced ways of solving this problem.

Although this is fairly developed in our country, a lot more can be done to provide access for youth to vital tertiary education and work experience opportunities. If all small, medium to large enterprises in our country committed to take one or more young people into their business to gain work experience or support one young person through tertiary education, we would see a significant decrease in the percentage of NEETs in the country. This will, in turn, lead to less of the population living below the poverty line. Since 2017, Afrika Tikkun has been engaging small and medium enterprises (SMEs) on this model and we know it can work.

Once employed, it is critical that young people know how to take care of and grow their hard-earned wealth. Furthermore, for entrepreneurs or those starting small concerns, access to financial support is key. There are many programmes available that not many youth are aware of. They need to be educated on the options available to them.

The economic empowerment of women:

The full inclusion and empowerment of women in South Africa is a prerequisite for breaking the history of our patriarchal society and reducing poverty in the country. According to a recent publication by UN Women: “Women’s economic empowerment includes women’s ability to participate equally in existing markets; their access to and control over productive resources, access to decent work, control over their own time, lives and bodies; and increased voice, agency and meaningful participation in economic decision-making at all levels from the household to international institutions”. When more women work, economies grow. Women’s economic empowerment boosts productivity, increases economic diversification and income equality in addition to other positive development outcomes.

There are over 600,000 children with disabilities in South Africa who have never been to school, and they are one of the most vulnerable and marginalised groups of people in our society. That is an incredible number of potentially productive citizens who do not have access to education; who rely on an already strained system for support.

Yet there are policies encouraging and rewarding creation of employment for people with disability. Due to the relatively low numbers of children emerging from the system as young adults with any form of academic qualification, we have seen the system recycling the same young people for employment purposes, as well as the rise of able-bodied individuals misrepresenting themselves as living with disability out of desperation. Creating systems that increase inclusion and access, particularly access to education for those most marginalised will certainly increase the number of productive and employable individuals – especially in this instance where demand is certainly not lacking.

In an ever-changing employment and labour landscape, understanding market demand allows us to prepare youth for the jobs of tomorrow. For instance, the pending Fourth Industrial Revolution is going to completely change the categories of work for which human beings will be needed. It is important to gain an understanding of how technology and artificial intelligence (AI) will shape the future and train young people with skills that will be relevant.

In addition, we must prioritise policies for lasting job creation. We commend the government for existing policies like the Employment Tax Incentive (ETI) etc and we believe more of these policies that create enabling environments for growth and job creation are definitely needed. We suggest a consideration of one-year compulsory national youth service where young people are deployed all over the country to meet the country’s growing socio-economic needs may prove useful in further reducing graduate unemployment.

The role of Afrika Tikkun:

Afrika Tikkun is an NGO focused on making a difference in South Africa by developing, uplifting and championing the rights and freedoms of young people in underprivileged communities. We aim to end child poverty and youth unemployment through a holistic approach that begins in early childhood and ends with productive adults accessing the economy. The model provides 360° care (education, skills, nutrition, health and social services) to young people in every stage of their development. This is achieved through an approach called the Cradle to Career 360° model, and we have numerous programmes and campaigns throughout the year that enhance our core youth offerings.

Ongoing initiatives like our Empowerment Programme equips children, youth and their families to actively pursue their human rights. It facilitates children, youth and their families to work together as agents for change within their homes, community and country, by providing the tools to support each other, access to resources and opportunities, and campaigns for change wherever services, systems and attitudes exclude them or violate their human rights.

Continuous projects like our current Acts of Random Kindness campaign challenge young people and the public to engage in the empowerment of South Africa’s young people through numerous activities and partnerships as we ask our fellow South Africans to help us sustainably eradicate child poverty and youth unemployment in our lifetime.

The realisation of a shared economy is going to be a hard slog, but at the end of the day economic freedom is independence – independence for today’s youth that will lead to a better tomorrow and a stronger future as a country in the long term. We must work together as a nation to achieve this. DM

Onyi Nwaneri is Head of Partnerships and Marketing at Afrika Tikkun