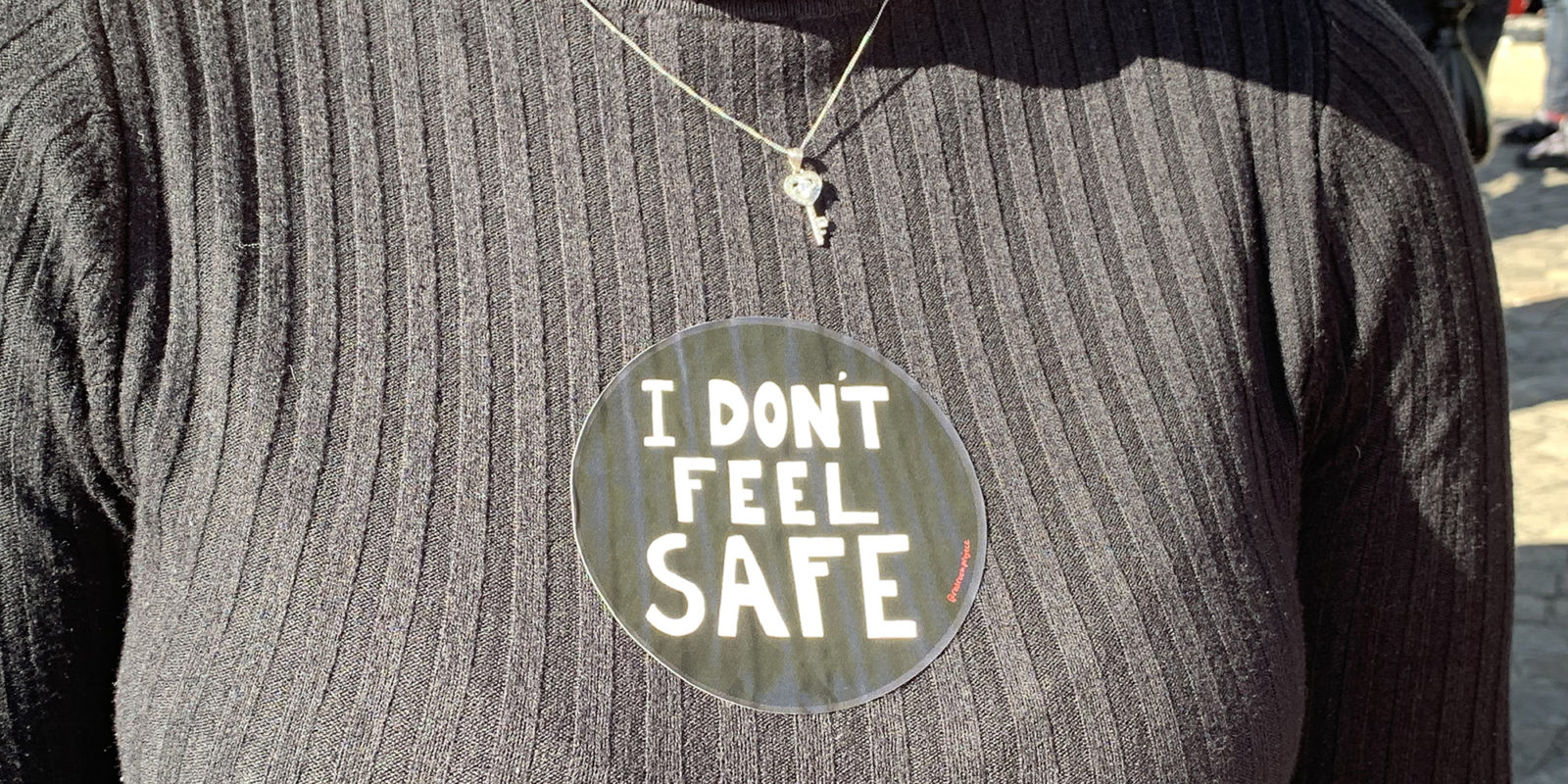 Over 2 000 UCT students , staff and high school learners gathered outside Parliament on 4 September 2019 to protest against gender-based violence and specifically the murder of Uyinene Mrwetyana. Photo: Anso Thom

On Wednesday morning, Uyinene Mrwetyana achieved in death what no civil organisation, political party or another social justice movement could achieve in many years – bring Cape Town’s mostly young people of all hues to gather spontaneously outside Parliament’s gates where they sang, booed, chanted or simply protested silently.

There have been many protests in the shadows of Louis Botha’s equestrian statue on the corners of Roeland and Plein streets over the years, but more often than not it involved weeks of mobilising and massive logistics to get people to move.

But, less than 24 hours after University of Cape Town Vice-Chancellor Mamokgethi Phakeng announced that the university would lead a picket outside Parliament, almost 3,000 gathered and by lunchtime the number had swelled even further when the protest moved to the Cape Town International Convention Centre.

“Please use tomorrow (Wednesday) to mourn the loss of Nene, to signal our bereavement and grief, to rise against sexual and gender-based violence in our community and in our society,” she said, declaring it a “day of mourning and UCT activism”.

The posters displayed on Wednesday were angry and there were no holy cows. The crowd of mostly women was angry and not interested in hearing the promises of politicians.

Dressed in black, ANC Chief Whip Pemmy Majodina made a valiant attempt early in the proceedings to make a speech of promises; however, the crowd wanted nothing of it and it was only when Phakeng was lifted to a flagpole in front of Parliament that the crowed quietened down to listen.

Police minister Bheki Cele had a tough job when he tried to make a short contribution from the same flagpole and was mostly booed.

Maybe, just maybe, when we look back, the Spring day of Wednesday 4 September 2019 will be marked as the day women said it was truly enough and that it will be the moment when a thousand flowers bloomed. MC

By Lucas Ledwaba for Mukurukuru Media