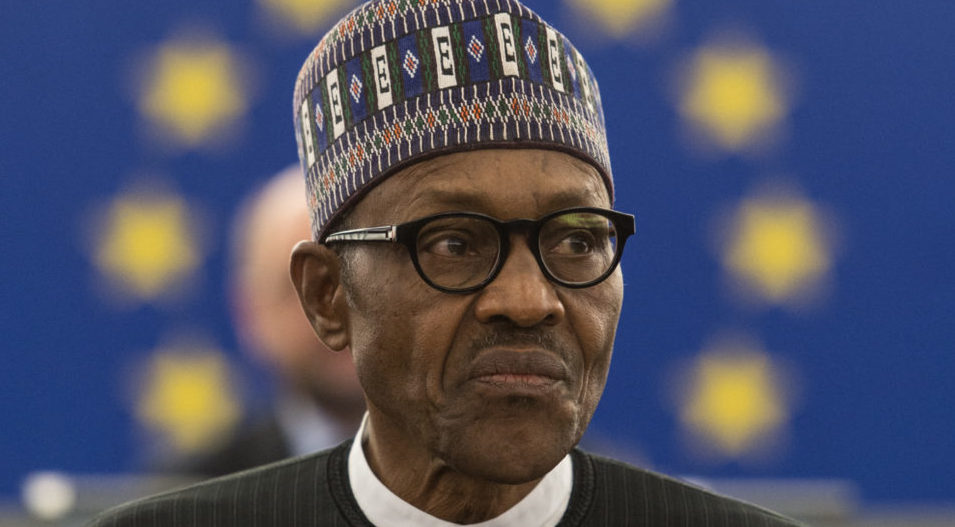 Photo: President of Nigeria Muhammadu Buhari delivers his speech at the European Parliament in Strasbourg.

SA’s image on the African continent is taking a major hit as the African Union condemns the violence, while Nigeria makes a stern diplomatic move.

Nigerian President Muhammadu Buhari has despatched a Special Envoy to South Africa to meet President Cyril Ramaphosa and to convey his deep concerns about reported attacks on Nigerian citizens and property in South Africa since 29 August.

And African Union Commission Chairperson Moussa Faki Mahamat has condemned, “in the strongest terms”, the violence against foreign Africans in South Africa.

He called for “further immediate steps to protect the lives of people and their property, ensure that all perpetrators are brought to account for their acts, and that justice be done to those who suffered economic and other losses”.

Buhari’s office said the president had also instructed his foreign minister Geoffrey Onyeama to summon the South African High Commissioner to Nigeria “to get a brief on the situation and express Nigeria’s displeasure over the treatment of her citizens and assurance of the safety of their lives and property”.

Buhari’s office said his Special Envoy was expected to arrive in South Africa by Thursday.

Nigerian foreign minister Onyeama had earlier threatened to take “definitive measures,” against what he called “sickening and depressing news of continued burning and looting of Nigerian shops and premises in #SouthAfrica by mindless criminals with ineffective police protection”.

He said on Twitter, “Enough is enough. We will take definitive measures.”

In 2015, Nigeria recalled its High Commissioner to South Africa following attacks against foreign Africans including Nigerians.

On social media, many Nigerians are calling for a boycott of South African businesses in Nigeria, including the cellphone provider, MTN.

With the latest round of xenophobic attacks, the latest in what seems to be an ongoing series, South Africa is once again being cast in a very dismal light on the continent.

The doyen of the diplomatic corps in South Africa, DRC ambassador Bene M’poko, has called on Pretoria to take a proactive stance and to make a statement at ministerial level or higher to reassure the world that it has the attacks against foreigners under control.

M’poko told Daily Maverick that South African Minister of International Relations and Co-operation Naledi Pandor or another minister, if not President Ramaphosa, needed to clarify the situation. He said he had received several calls from Kinshasa on Tuesday, for example, about a video which has gone viral supposedly showing a foreign national being burned alive. M’poko said the video was several years old but many viewers did not know that and so it was inflaming hostility.

He noted that so far only Gauteng premier David Makhura had addressed the violence in public.

He added that he had called a meeting on Friday of the committee of African ambassadors and South African ministers which was set up in May after the last spate of xenophobic violence, to discuss the latest spate. But the meeting had had to be cancelled because most of the ministers were in Cape Town, some attending the World Economic Forum Africa meeting, while most ambassadors were in Pretoria and did not have budgets to travel to Cape Town..

M’poko said the meeting would now probably take place only when the ministers returned from Cape Town.

In a statement issued in Addis Ababa on Tuesday, AU Commission chairperson Moussa Faki Mahamat, while condemning the violence against fellow Africans, added that he was “encouraged by arrests already made by the South African authorities”.

He reiterated the AU Commission’s “continued commitment to support the South African government in addressing the root causes that led to these despicable acts, in order to promote peace and stability, within the framework of the African Union’s longstanding principles of continental solidarity”.

M’poko partly agreed with the South African government’s position that the violence was mainly criminality, not xenophobia. He said the incident that had sparked the latest round of violence was not xenophobic. A taxi driver had confronted drug dealers, one of whom shot him.

“And then criminals take advantage of the situation and loot shops. We should call it what it is. Shooting a taxi driver is a criminal act. But the reaction became xenophobic because the taxi driver said nothing is being done to stop drug trafficking.”

M’poko said that in Pretoria’s Sunnyside, drug traffickers, both foreign and local, were selling all kinds of drugs, including to children. Parents, he said, including the shot taxi driver, were reacting to this to protect their children.

Responding to Nigerian foreign minister Onyeama’s threat to take “definitive measures”, M’poko said that when the African ambassadors met the South African ministers in May they had agreed there was a need to analyse the problem objectively and not to overreact. He noted with concern that Nigerians living in Sunnyside were now threatening to arm themselves and retaliate, “which is not the right way of dealing with this”.

M’poko said South Africans and Nigerians had not yet had an honest conversation about the xenophobia problem.

He also felt that South Africans needed to examine the way they dealt with foreigners.

“Just because a foreigner opens a shop doesn’t mean he is a criminal. I can’t protect my citizens if they come here to sell drugs. But what is wrong is when local citizens take the law into their own hands.” DM