Sun International ups the stakes with more mergers and...

Sun International ups the stakes with more mergers and acquisitions 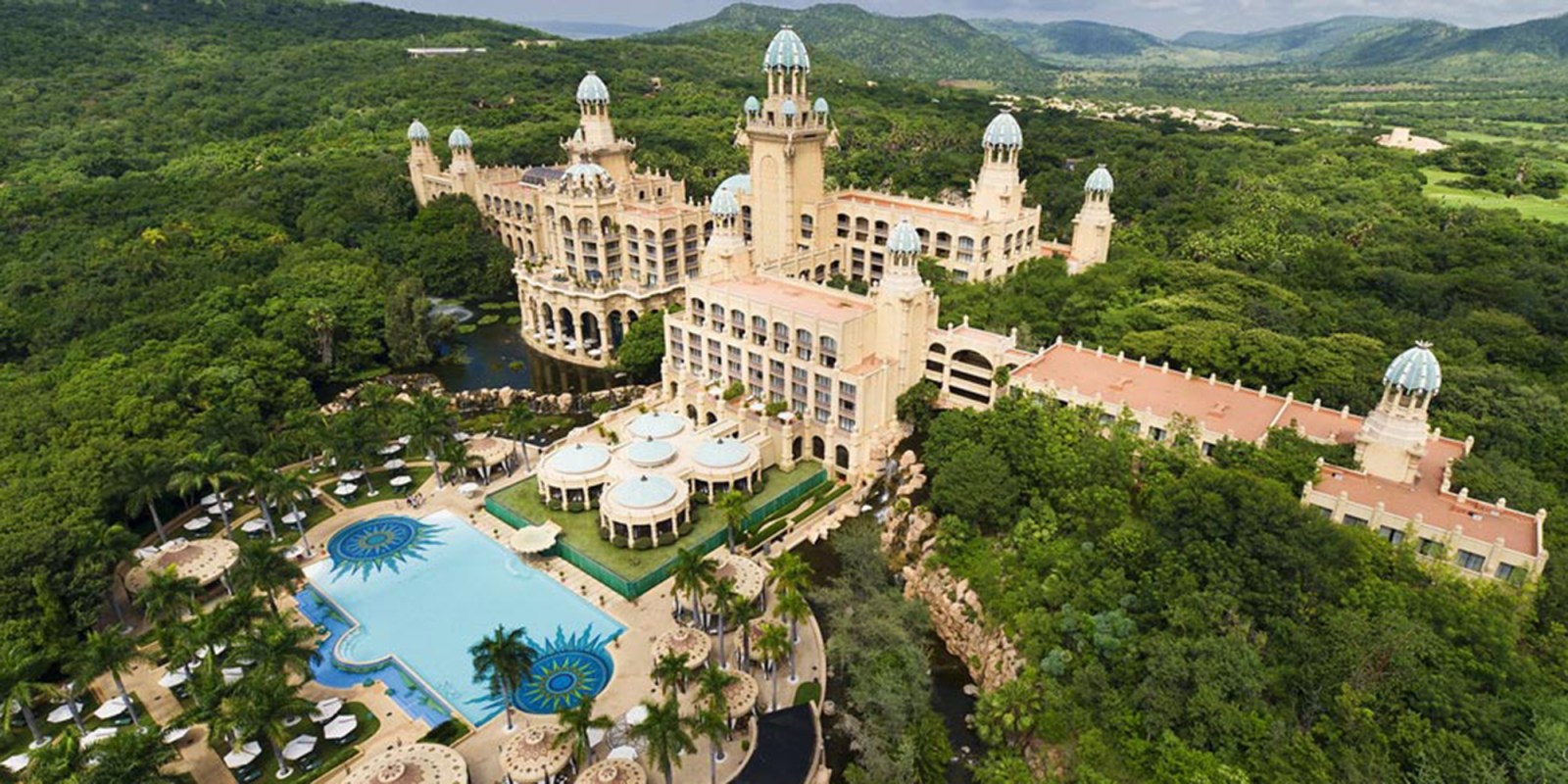 Casino and entertainments businesses have little choice but to continue to invest through the business cycle. Following years of restructuring, Sun International is able to breathe a little easier, but, like others, is hoping for a little economic growth to boost revenue and profitability.

Despite the tough economic conditions, Sun International continues to invest in the business and to acquire strategic assets to boost growth, simplify shareholding structures and pay down debt. It is early days, but the strategy appears to be paying off.

In 2018, the owner of casino and entertainment assets across South Africa and Latin America acquired Thunderbird Resorts in Peru for $26-million and the Park Hyatt Hotel and Casino in Mendoza, Argentina for $25.5-million. This complements its stake in gaming company Dreams, which has sites in Chile, Peru, Colombia and Panama.

The acquisition impact could be seen on the top line, with income from Latin America up by 17% at R2.8-billion for the six months to June 2019. Adjusted earnings from the region, before interest, tax, depreciation and amortisation (Ebitda), rose by 1% to R638-million. Excluding the acquisitions, income was in line with the prior period at R2.4-billion, with adjusted earnings down by 7% to R606-million.

“The market in Chile is tough and we engaged in considerable promotional activity to maintain and grow market share,” says group CEO Anthony Leeming.

Conditions in South Africa were similarly difficult and the company grew revenue by 2% to R5.5-billion and adjusted earnings by 4%.

Local M&A activity saw Sun increase its interest in KZN-based Sibaya by 22.4%, for which it paid R536-million, taking its interest in the hotel and casino complex to 87.2%.

It also acquired a further 30% of the cash-generative Sun Slots business from Grand Parade for R504-million, taking its stake in the business to 100%.

The latter two transactions fell out of the reporting period and were not included in the results.

However, based on their 2018 results they could add about R100-million to Sun’s full-year after-tax profit.

The group is still in discussion to merge its Sun Dreams business (which it owns in partnership with Nueva Inversions Pacifico) with casino and hospitality group Marina del Sol, owned by private equity company Clairvest and Empresas Valmar, a Chilean real estate company.

Ahead of this deal, it will sell a 14.94% interest in Sun Dreams to its partner Pacifico for $86-million, reducing its equity interest to 50%.

The parties are still in final negotiations, but once the merger goes ahead, Sun will have a 31% stake in the biggest casino company in Chile and one of the largest in the region with annual revenue of about $500-million. It will own and operate 21 casinos, including 11 in Chile, eight in Peru and one each in Colombia and Argentina.

A plan to list this business is still on the table, says Leeming.

In South Africa, Sun’s R4.3-billion investment into the Time Square Casino in Pretoria, which opened in April 2018, is beginning to pay dividends after a slow start. The casino grew income by 15% in the current period, supported by Sibaya and Sun Slots which grew income by 6% and 13% respectively. 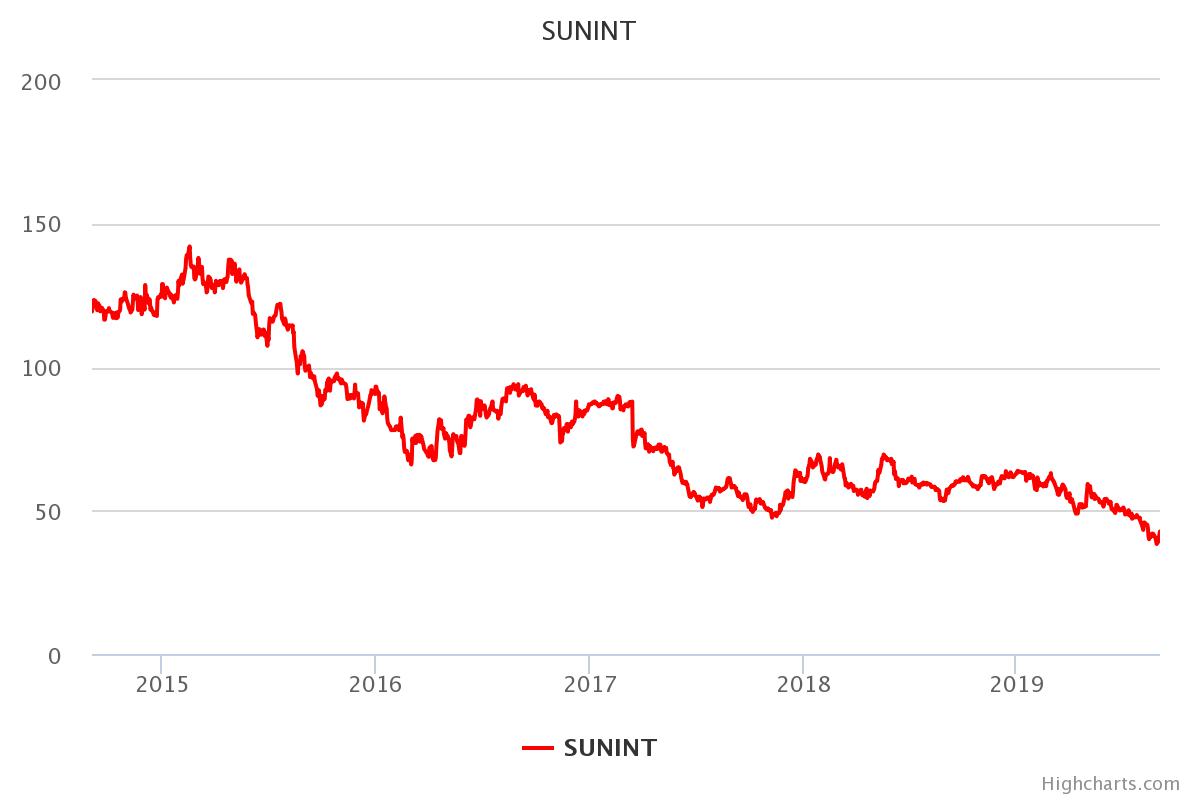 The group is also investing in alternative gaming assets. In this regard, online sports betting business SunBet grew revenue by 146%, realising earnings of R20-million, up from R2-million in the prior period.

Sun City, the Wild Coast, Windmill and the Maslow all experienced declining income.

The company was able to reduce its debt levels, with South African debt down from R9.2-billion as at 31 December 2018 to R8.8-billion.

Shareholders, some of whom have stuck with the company following its share price fall from R142/share in 2015 and subsequent restructuring, were satisfied with the results, with the share climbing 10% to R42.90 on Monday 2 September. BM