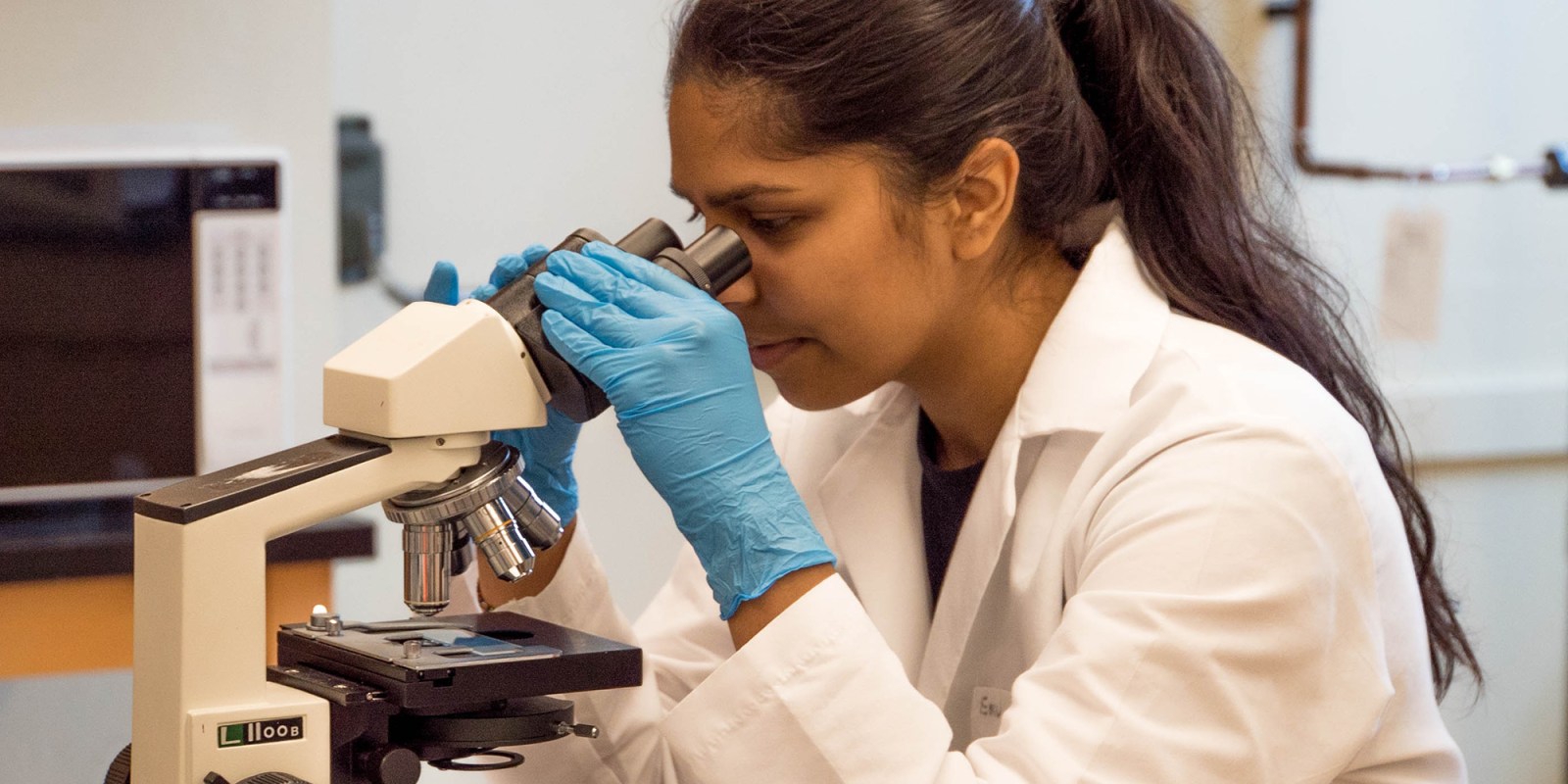 For National Health Insurance (NHI) to succeed, a number of building blocks are essential. One such building block is our pathology services. Dr Tim Tucker argues that the National Health Laboratory Service (NHLS) is a national asset and one of the few health entities already well-positioned for NHI.

Pathology services are a critical part of a functional health system, as 70% of decisions by doctors and/or nurses should be influenced by a pathology result. Think about going to your clinic and having a full blood count, a thyroid function test, a biopsy for cancer, a Pap smear or an HIV viral load test. So many decisions by your healthcare provider require a laboratory test. Given that only about 4.5% of South Africa’s total health budget is spent on pathology, this is an enormously efficient return on investment.

South Africa’s public health system serves 80% of the population. While the National Department of Health develops policy, the provinces are responsible for the actual delivery of healthcare. However, SA’s pathology services (excluding forensic pathology) are not provincialised, and are based on a different model, a public entity.

The National Health Laboratory Service (NHLS) is a single, national organisation, governed by a board, that provides pathology services to every public sector clinic and hospital across the country. This unique model of pathology services operating within a very complex health system is a national asset, which should be strengthened further to support the rollout of National Health Insurance (NHI).

The global shift towards access to universal healthcare (UHC) is given expression in South Africa through the plan to progressively implement an NHI scheme. The recently promulgated NHI Bill visualises a major shift in the ability of all South Africans to access quality clinical care in public or private sector facilities, irrespective of financial status or personal health insurance cover, as healthcare will be financed by an NHI fund.

The publishing of the NHI Bill last month provoked an outburst of commentary, with many commentators negative, and some positive, about the prospects for success of the proposed plan. However, exploring those aspects of the debate is not the purpose of this article. This piece argues for the pivotal role of the NHLS within the emerging NHI, and the fact that the NHLS is unique in already being well placed to play this role.

The NHLS’s mandate is to be the national leader of the entire value-chain of pathology, including laboratory services and teaching and research in the field. The NHLS has in excess of 7,000 staff, including pathologists, scientists, epidemiologists, technologists, technicians, and cadres of executives and support staff. It performs almost 100 million tests a year at 268 laboratories, that reach into the most distant and rural corners of our country.

The NHLS is in formal partnership with SA’s universities, and its staff teach and provide practical training of every single medical, allied health professional and medical technology student, every trainee-specialist in pathology, as well as many scientists.

The holistic and integrated NHLS model has resulted in South Africa having a pathology service that is the envy of many globally. The model allows for improved individual patient care as well as sophisticated surveillance, alongside teaching, training and research. NHLS research outputs have resulted in major clinical and basic science breakthroughs.

As a result, the NHLS is one of the most exciting and productive environments to work in, despite the financial constraints it has faced. The fact that it serves 80% of the population, with approximately the same number of professionals as the private pathology companies that service the more privileged 20% attests to it value proposition.

Pricing structures are strikingly different between the private sector and the NHLS, with NHLS test prices well below those of private laboratories. The NHLS has been able to drive down its prices aggressively through business optimisation, progressive tender processes with bulk volumes, as well as the lack of a profit motive. International advocacy groups see the NHLS as a global best practice model that other public systems could follow in the pursuit of more equitable and less costly health systems.

While it is understood that there are different cost drivers in the private sector, this significant pricing benefit to the state exists despite the fact that the NHLS performs a host of additional, costly activities that private laboratories do not do, such as significant support of teaching, research, training of specialists, national disease surveillance, partial support of the two internal public health institutes and a national cancer registry, the running of the highest level (P4) biosafety facility (only two in Africa for organisms such as Ebola), serving even the remotest regions of SA, and assisting with major outbreaks on the continent.

This price differential between public and private sectors strengthens the NHLS’s positioning as the organisation that is best placed to be the majority (or sole) provider of pathology services to the NHI system.

One of the greatest health treasures available to support the NHI rollout is the NHLS’s corporate data warehouse (CDW). This database records, in real-time, every NHLS laboratory test performed, along with the patients’ demographic data, including age, date of birth, sex, (suspected) disease, clinic attended, etc. All public sector clinicians registered with the NHLS can access these results within a secure IT system, even if the patient presents for care at another clinical facility. This increases efficiencies significantly in a country where patient migrancy rates are high.

The CDW also acts as a population-level, business intelligence tool, giving government critical insights on trends across SA, and where to focus priorities to achieve better health outcomes. For example, the CDW tracks the rate and geographic location of diagnoses of specific infectious diseases, thereby allowing for specific interventions. The CDW is well positioned to allow the Department of Health to monitor important aspects of NHI and better understand the utilisation of the NHI fund, patient movement and disease surveillance. The future power of this capability may be unparalleled globally in a national pathology service. However, the CDW is limited as a truly national view of the health system by the fact that it contains data only from the public sector laboratories. Private sector pathology providers are obliged to report notifiable diseases only to the public systems, and all other information is withheld. This limitation should be debated as part of NHI implementation, to see if the CDW can become more inclusive and be mandated to house all data, including private sector results. Certain legislative framework changes relating to confidentiality, including the National Health Act and the Protection of Personal Information Act, would need to be implemented to make this possible.

The CDW is a stand-alone system, relatively delinked from other health sector databases. Linking the NHLS CDW to other clinical databases in the sector would augment and amplify the power of this dataset, and unleash greater ability to extract information to drive more focused health improvements.

The move towards NHI in South Africa is hotly contested, and there are tensions in the relationship between government and some in the private sector. Given the march towards the NHI and the need to get maximum value from the funding available, the government should explore the possibility of expanding the NHLS reach beyond the public sector, and move into serving the private market.

Although on a far better financial footing again, the primary challenge that the NHLS has faced has been financial, when some provinces have not paid for all the pathology services provided for them. The current funding model is challenging, as provinces have the ability to withhold fees that they owe to the NHLS with relative impunity.

However, over the past two years, provinces have paid much more diligently, reflecting the value they see from the NHLS. In addition, about three years ago when the NHLS was subjected to worrying levels of corruption, the NHLS governance model was robust enough to ensure that those responsible were subjected to decisive action to root out such practices and to engage the Special Investigations Unit to take up the cases.

These challenges have resulted in an extended period of under-investment in infrastructure and systems by the NHLS. Therefore, it will be critical for government to establish a sustainable NHI financing model for the complete value chain of pathology, and to ensure that enough capital is available to the NHLS to perform a comprehensive remodelling of its service into a more modern system.

Despite these challenges, the NHLS is a remarkable organisation. Its positioning as the only unified, fully integrated, national public sector pathology organisation makes it a national asset. Pathology is a central pillar of clinical medicine. Irrespective of any of the debates about the plan to introduce NHI in South Africa, the NHLS is unique and one of the few health entities already well-positioned for NHI. MC

Tucker is CEO of SEAD Consulting (Pty) Ltd, an Adjunct Associate Professor at the University of Cape Town School of Public Health and Family Medicine and an NHLS Board Member. He writes in his personal capacity.