Limpopo aeromedical service fails to get off the ground 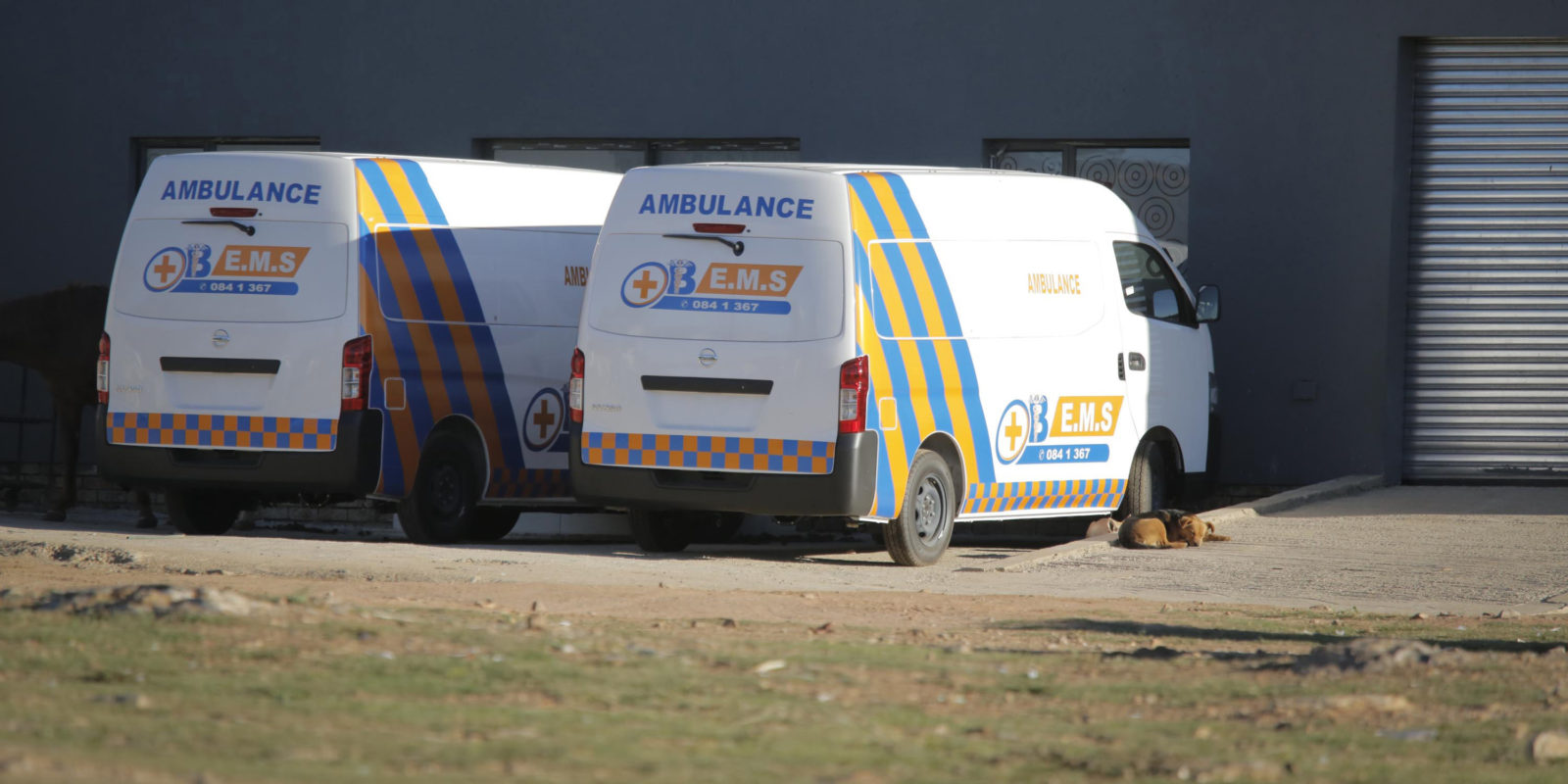 Buthelezi EMS’ new ambulances on a smallholding in Eikenhof in the south of Johannesburg waiting to be branded.

The Limpopo health department has ‘noted the media reports which allege irregularity in the awarding of the aeromedical services tender by the department’.

Limpopo Health MEC Dr Phophi Ramathuba has confirmed that an aeromedical service that was recently awarded a lucrative three-year tender is yet to get airborne, adding that she had requested provincial treasury to conduct an investigation.

Daily Maverick and Spotlight reported last week that the Limpopo health department, which has a track record of dodgy aeromedical contracts, had awarded the tender to a joint venture including Buthelezi EMS (BEMS), a private emergency medical services company which is under investigation by the Special Investigating Unit, the Hawks and National Treasury.

Ramathuba’s spokesperson Thilivhali Muavha said the MEC had “noted the media reports which allege irregularity in the awarding of the aeromedical services tender by the department”.

He said the MEC had met with her “department executive management and the leadership of EMS to get the full briefing on the matter”.

“The MEC takes in serious light these allegations. As a result, she has requested the provincial treasury to conduct an independent and a thorough investigation into the entire process leading to the awarding of the tender in question. The tender in question has just been awarded and the service provider is yet to render the service,” Muavha confirmed.

Muavha said the MEC had requested the public allow the investigation “to unfold so that it can shed light into the allegations and also guide on the subsequent action since there is no proof of wrongdoing currently”.

“Our commitment to clean governance is unwavering. If this investigation can reveal any wrongdoing, we will not hesitate to act,” Ramathuba said.

Daily Maverick and Spotlight had sent the Limpopo health department a list of questions on this contract, most of which remained unanswered before the publication of last week’s article.

BEMS and its joint venture partner, FIM Aviation, have been unable to provide an aeromedical service in terms of the new tender – either leaving patients stranded or requiring the Limpopo health department to make use of other private sector providers based in Gauteng.

One reason why the BEMS/FIM Aviation joint venture is not providing a service in terms of the new tender is that it does not have the certification required to provide an aeromedical service from the Polokwane base in Limpopo.

The South African Civil Aviation Authority (SACAA) has confirmed to Daily Maverick and Spotlight that the authority has not inspected and certified a BEMS/FIM Aviation base in the province nor has it as yet received a request to conduct such an inspection.

Bases for aeromedical services have to comply with a strict set of regulations regarding things like safe storage of medicines and oxygen and disposal of medical waste. FIM Aviation is only certified to provide an aeromedical service from its base in Midrand, Gauteng.

Meanwhile, as a result of BEMS/FIM Aviation’s inability to provide the service, the province is making use of, among others, ER24 which is based in Gauteng to fly critically ill patients from one Limpopo hospital to another, before returning to Gauteng. The Limpopo health department is charged in full for the roughly five hours it takes to make the round trips.

Both flight time and cost are dramatically higher than what they would be if a helicopter was based in Polokwane – as should be the case in terms of the tender awarded to BEMS/FIM Aviation. MC

Covid-19: A Plague for the Poor

A Tale of Two Calamities: Can the Coronavirus crisis inform how we tackle the climate crisis?