Pound as a rand hedge? How its volatility can benefit you when investing funds offshore 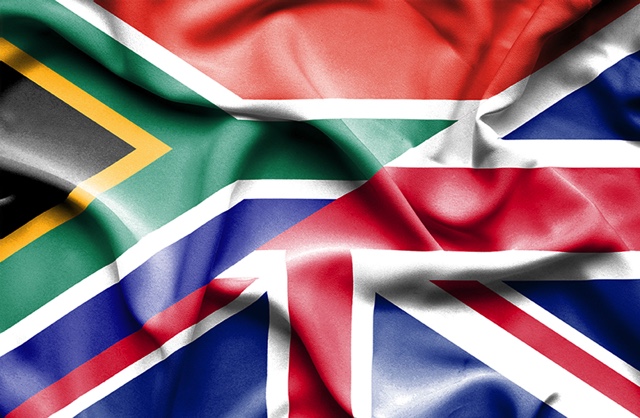 VUCA. Volatility, uncertainty, complexity, ambiguity. Courtesy of a US Army think-tank, we have an acronym originally conceived as a way to describe the uncertainties of a post-Cold War world. As we head towards the uncertainties of a post-Brexit Europe from 1 November, VUCA is the reason that the value of the pound is sinking ever lower as investors seek a safe haven from an event whose outcome they can’t predict.

But in volatility there is also opportunity. For those who can foresee a positive outcome beyond a short-term VUCA timeframe, there is potential to profit handsomely.

As South Africans seek rand-hedge options in order to best preserve their wealth as our own currency spirals downward, the pound may still offer good value and the potential to profit once its current woes are behind it – troubles which became even more pronounced when Prime Minister Boris Johnson announced recently that he planned to suspend Parliament in September, a move seen as increasing the chances of a no-deal Brexit.

Proponents of the pound as a rand hedge, even in the current VUCA environment, say an important point to consider is that, with both the pound and the rand depreciating notably, the rand has actually lost less value against the pound than it has against the other major currencies. This offers the tantalising prospect of getting more bang for your buck if you foresee sterling appreciating in value post-Brexit.

Andrew Delmont, director of Randburg-based Toro Financial Planners, supports this view. “The uncertainty surrounding the pound represents a good opportunity,” he says. “One of Hong Kong’s wealthiest businessmen, for example, has just invested a huge amount in the UK.”

Indeed, Angus Knowles-Cutler, Deloitte’s vice-chair and the head of its China Services Group, recently told the Guardian newspaper that he thought Asian investment would increase as “the UK is seen as very cheap now”.

Delmont says the rand’s crisis is far worse than that of the pound. “The same risks are not involved; not even close. I would have no qualms about putting money into the UK. I don’t see Brexit as a major long-term threat. In the long run it will be just another blip and the effects will be insignificant.”

Despite his views, Toro recommends that clients going offshore invest only 20-30% into sterling and most into US dollars, with a smattering of euro and Australian dollar exposure.

Rob Gill, MD at London-based Altura Mortgage Finance, believes buying UK property is a good investment. “You can get a good price as the currency is down around 20% versus most major currencies since the [Brexit] referendum,” he says. “There’s still good demand for property. If you believe the UK is a good long-term prospect, it’s a great opportunity to buy.”

Despite Brexit, he considers the pound has good prospects versus other major currencies. “Brexit is a risk for Europe and the euro, not just the UK. Australia’s in a bubble, Germany’s in a recession, and the yield curve inversion in the US suggests a possible recession there,” he observes.

Stuart Theobold, chairman of financial research company Intellidex, advises that South Africans pondering whether to stick with rands or invest in pounds should first decide if they intend to retire in SA or live abroad. “If you intend to stay, the right thing is to ensure that you have decent exposure to rands in savings because that’s what your costs are in. You don’t want to mismatch assets and liabilities in currencies – not by too much anyway!” But some diversification is prudent, he says, and South Africans should be exposed to different types of assets, including technology stocks and to emerging markets like China and India.

He’s less bullish on the pound. “The UK is in a precarious political position. There’s so much uncertainty and the pound is volatile and has weakened considerably. I think on the whole it’s unwise to take on that kind of risk outlook at the moment. Several SA companies have come a cropper because of pound exposure!”

For investors wanting to take advantage of the pound’s current volatility, but lack an offshore account to invest the funds into, Mercury FX International will set up free-to-have multicurrency accounts capable of holding various currencies indefinitely. They can also offer better-than-bank exchange rates (around 2.5% better) to get the investor’s funds out of SA. In addition, they will assist with tax clearance applications for those who are looking to send out more than the R1 million annual Single Discretionary Allowance.  DM

ANC trip to Zimbabwe was not a joyride, says Lindiwe Zulu