Pope’s Message: We have created a climate emergency that gravely threatens life itself 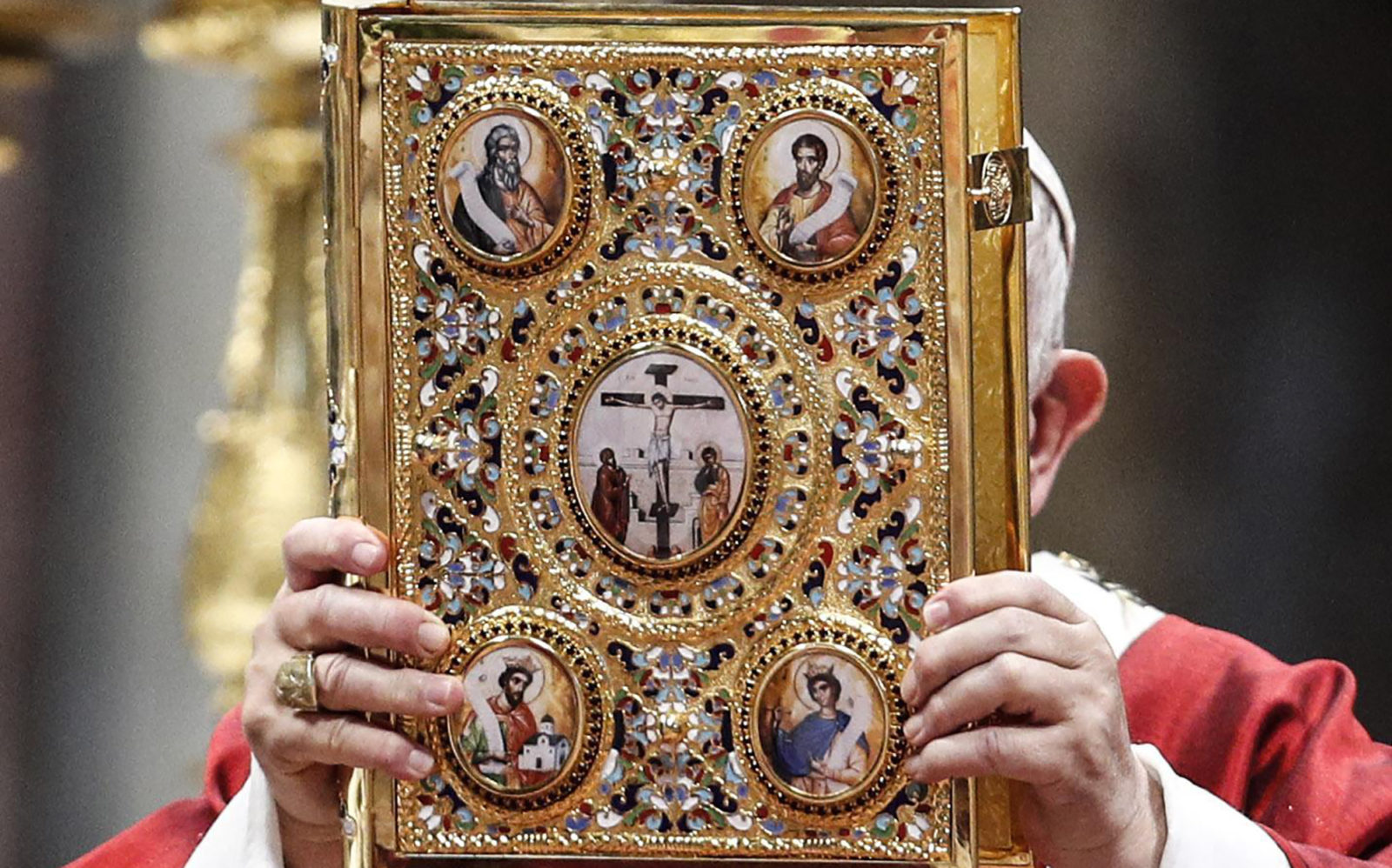 Pope Francis leads a mass to bless the Palliums for the new metropolitan archbishops in Saint Peter's Basilica at the Vatican City, 29 June 2019. EPA-EFE/GIUSEPPE LAMI

Many young people all over the world are making their voices heard and calling for courageous decisions. They feel let down by too many unfulfilled promises, by commitments made and then ignored for selfish interests or out of expediency. We owe them real answers, not empty words, actions not illusions.

“And God saw that it was good” (Gen 1:25). God’s gaze, at the beginning of the Bible, rests lovingly on his creation. From habitable land to life-giving waters, from fruit-bearing trees to animals that share our common home, everything is dear in the eyes of God, who offers creation to men and women as a precious gift to be preserved.

Tragically, the human response to this gift has been marked by sin, selfishness and a greedy desire to possess and exploit. Egoism and self-interest have turned creation, a place of encounter and sharing, into an arena of competition and conflict. In this way, the environment itself is endangered: something good in God’s eyes has become something to be exploited in human hands.

Deterioration has increased in recent decades: constant pollution, the continued use of fossil fuels, intensive agricultural exploitation and deforestation are causing global temperatures to rise above safe levels. The increase in the intensity and frequency of extreme weather phenomena and the desertification of the soil are causing immense hardship for the most vulnerable among us.

Melting of glaciers, scarcity of water, neglect of water basins and the considerable presence of plastic and microplastics in the oceans are equally troubling, and testify to the urgent need for interventions that can no longer be postponed. We have caused a climate emergency that gravely threatens nature and life itself, including our own.

In effect, we have forgotten who we are: creatures made in the image of God (cf. Gen 1:27) and called to dwell as brothers and sisters in a common home. We were created not to be tyrants, but to be at the heart of a network of life made up of millions of species lovingly joined together for us by our Creator.

For this reason, I strongly encourage the faithful to pray in these days that, as the result of a timely ecumenical initiative, are being celebrated as a Season of Creation. This season of increased prayer and effort on behalf of our common home begins today, 1 September, the World Day of Prayer for the Care of Creation, and ends on 4 October, the feast of Saint Francis of Assisi.

It is an opportunity to draw closer to our brothers and sisters of the various Christian confessions. I think in particular of the Orthodox faithful, who have celebrated this day for 30 years. In this ecological crisis affecting everyone, we should also feel close to all other men and women of good will, called to promote stewardship of the network of life of which we are part.

This is the season for letting our prayer be inspired anew by closeness to nature, which spontaneously leads us to give thanks to God the Creator.

Saint Bonaventure, that eloquent witness to Franciscan wisdom, said that creation is the first “book” that God opens before our eyes, so that, marvelling at its order, its variety and its beauty, we can come to love and praise its Creator (cf. Breviloquium, II, 5, 11). In this book, every creature becomes for us “a word of God” (cf. Commentarius in Librum Ecclesiastes, I, 2).

In the silence of prayer, we can hear the symphony of creation calling us to abandon our self-centredness in order to feel embraced by the tender love of the Father and to share with joy the gifts we have received. We can even say that creation, as a network of life, a place of encounter with the Lord and one another, is “God’s own ‘social network’” (Audience for the Guides and Scouts of Europe, 3 August 2019). Nature inspires us to raise a song of cosmic praise to the Creator in the words of Scripture: “Bless the Lord, all things that grow on the earth, sing praise to him and highly exalt him forever” (Dan 3:76 Vg).

It is also a season to reflect on our lifestyles, and how our daily decisions about food, consumption, transportation, use of water, energy and many other material goods, can often be thoughtless and harmful. Too many of us act like tyrants with regard to creation. Let us make an effort to change and to adopt more simple and respectful lifestyles.

Now is the time to abandon our dependence on fossil fuels and move, quickly and decisively, towards forms of clean energy and a sustainable and circular economy. Let us also learn to listen to indigenous peoples, whose age-old wisdom can teach us how to live in a better relationship with the environment.

This too is a season for undertaking prophetic actions. Many young people all over the world are making their voices heard and calling for courageous decisions. They feel let down by too many unfulfilled promises, by commitments made and then ignored for selfish interests or out of expediency. The young remind us that the Earth is not a possession to be squandered, but an inheritance to be handed down. They remind us that hope for tomorrow is not a noble sentiment, but a task calling for concrete actions here and now. We owe them real answers, not empty words, actions not illusions.

Our prayers and appeals are directed first at raising the awareness of political and civil leaders. I think in particular of those governments that will meet in coming months to renew commitments decisive for directing the planet towards life, not death.

The words that Moses proclaimed to the people as a kind of spiritual testament at the threshold of the Promised Land come to mind:

“Therefore choose life, that you and your descendants may live” (Dt 3:19). We can apply those prophetic words to ourselves and to the situation of our Earth. Let us choose life. Let us say “no” to consumerist greed and to the illusion of omnipotence, for these are the ways of death. Let us inaugurate farsighted processes involving responsible sacrifices today for the sake of sure prospects for life tomorrow. Let us not give in to the perverse logic of quick profit, but look instead to our common future.

In this regard, the forthcoming United Nations Climate Action Summit is of particular importance. There, governments will have the responsibility of showing the political will to take drastic measures to achieve as quickly as possible zero net greenhouse gas emissions and to limit the average increase in global temperature to 1.5 degrees Celsius with respect to pre-industrial levels, in accordance with the Paris Agreement goals.

Next month, in October, the Amazon region, whose integrity is gravely threatened, will be the subject of a Special Assembly of the Synod of Bishops. Let us take up these opportunities to respond to the cry of the poor and of our Earth.

Each Christian man and woman, every member of the human family, can act as a thin yet unique and indispensable thread in weaving a network of life that embraces everyone. May we feel challenged to assume, with prayer and commitment, our responsibility for the care of creation. May God, “the lover of life” (Wis 11:26), grant us the courage to do good without waiting for someone else to begin, or until it is too late. DM

The Pope’s Creation message for World Day of Prayer for Care of Creation, issued From the Vatican, 1 September 2019.