Annual Charade: Women’s Month is no cause for celebration 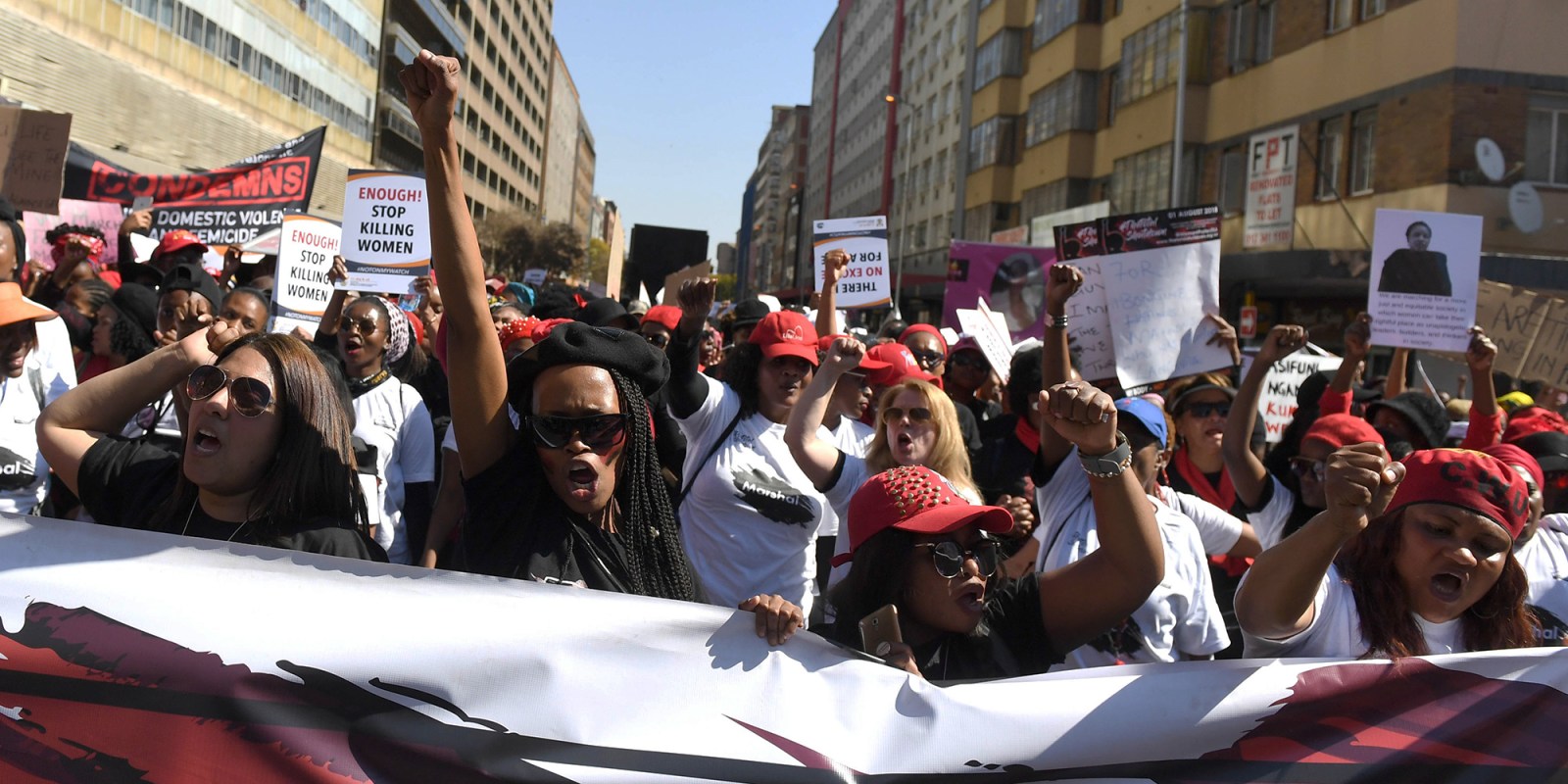 Women march to the Union Buildings during the #TotalShutDown demonstration against gender-based violence on August 01, 2018 in Pretoria, South Africa. Thousands of women across the country embarked on the #TotalShutDown marches to highlight the plight of women and children abuse on August 01, marking the start of Women’s month in South Africa. (Photo by Gallo Images / Netwerk24 / Deaan Vivier)

Politicians use 9 August as a day to pay tribute to the women of 1956 while saying nothing about how to make South Africa safer for women today.

Every year without fail the importance of respecting and advocating for women’s rights is relegated to the month of August. Women’s Day itself, 9 August, holds significance because on this day in 1956 thousands of women marched to the Union Buildings in Pretoria to protest against the pass laws.

Over the years this historic occasion has been reduced to pink-themed events and ill-conceived campaigns of men in heels and lipstick. At the provincial legislature debate on gender-based violence and femicide on 15 August 2019, Speaker Masixole Mnqasela said the debate was taking place “because it’s the right thing to do since it’s Women’s Month”.

What I expected was a thought-provoking debate on how legislators can work with other organisations like the Commission for Gender Equality and NGOs to make the province a safer place for women. The “debate” turned out to be an hour dedicated to “honouring the brave women in informal settlements”, as Brett Herron from GOOD put it.

At the end of the debate, I was left disappointed that I had sat through an hour listening to women being honoured and commended for their bravery while every four hours a woman is murdered in South Africa.

At least four speakers, Ntombezanele Bakubaku-Vos, Ayanda Bans, Letta Maseko and Nosipho Makamba-Botya, mentioned that the issue we are struggling with in South Africa is “deeply entrenched patriarchy”, but none of them offered any solutions as to how we can begin to tackle this.

At the Women’s Parliament in the National Assembly, MP after MP, from Patricia de Lille to Deputy Minister of Police Bongani Mkongi, mentioned the names of women and children who have been killed and described the horrific ways that women are dying – but none of them suggested how we could make this country safer for women and children.

Every time I hear or read of another woman or child who has gone missing or is found dead, I think of ways to make myself smaller: not going out at night by myself, covering up, being alert to my surroundings when I’m walking by myself, guarding my drink when I’m out, is not a normal way to live.

Pumla Gqola, a feminist academic, calls this the cult of femininity, where women are told to behave and dress in a particular way in order to avoid being violated, but despite all these efforts women are still harassed, assaulted and killed.

On Women’s Day, just before Miss SA Zozibini Tunzi was crowned, she was asked what women have to smile about “in the darkness of emotional and physical abuse”. Tunzi replied that “we have absolutely no reason to keep smiling because South African women are dying every day and mostly people are doing nothing about it.

“It is not up to us, it’s up to perpetrators to start doing right.”

We also need and deserve a government that takes the lives of women seriously and doesn’t just pay lip service in August. DM