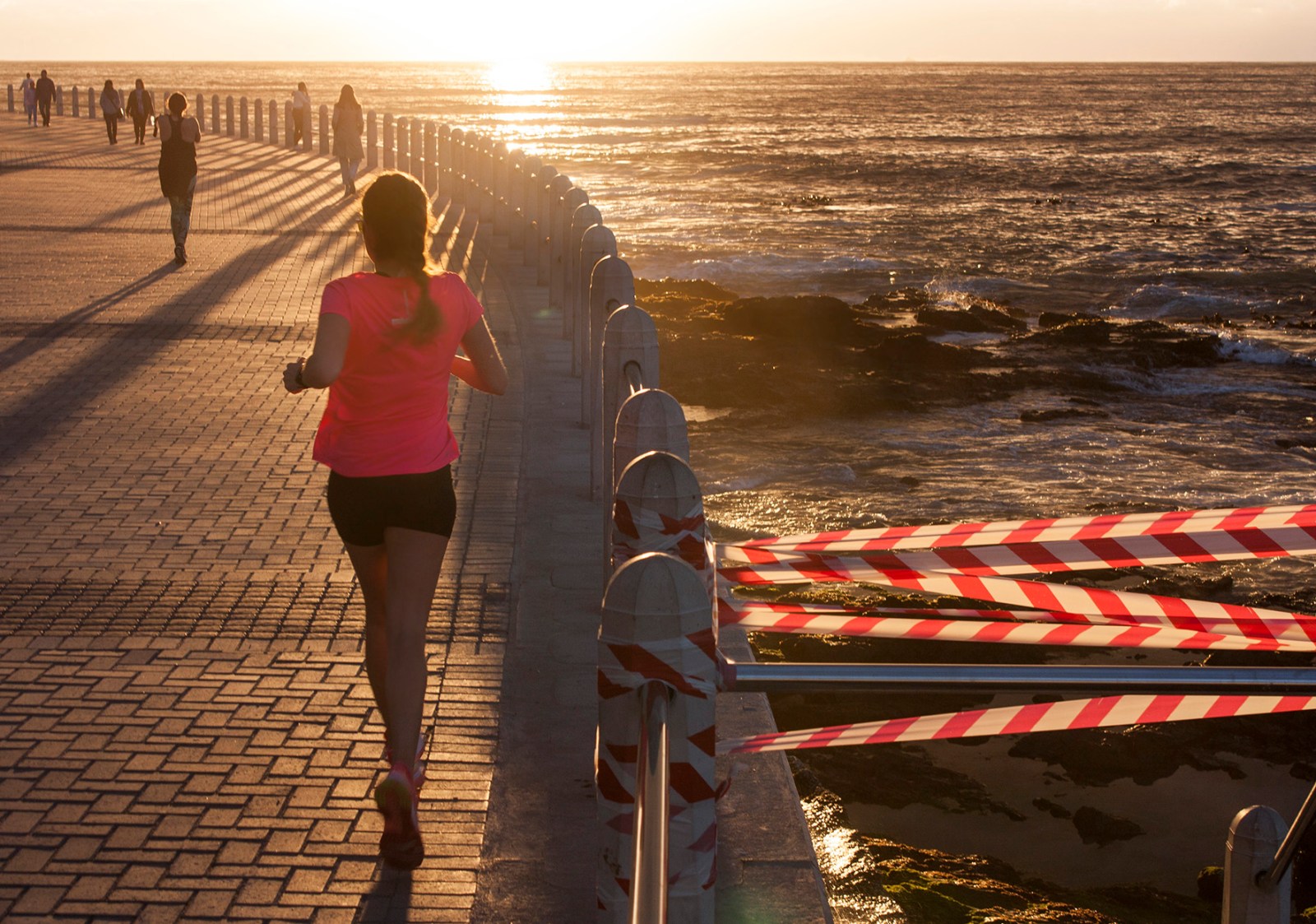 A stairway off the popular Sea Point promenade to the beach Photo: Steve Kretzmann

‘We may need to retreat and allow nature to provide a barrier to the ocean’ says Mayco member.

Sea level rise caused by global warming is already causing damage to public and private coastal property in Cape Town. In some areas retreat to higher ground may be necessary.

The coast at Milnerton particularly is being affected by erosion, with the public beach under City of Cape Town jurisdiction already having been washed away by erosion and storm surges. The City is currently assessing options which include retreat for a section of the coast in Milnerton, says Mayco Member for Spatial Planning and Environment, Marian Nieuwoudt.

At a public participation meeting on the draft Coastal Bylaw on 15 August, Nieuwoudt said a report by newly appointed city engineers was on her desk, which identified risks on the city’s coastline.

Responding via email to follow-up questions, she said the report dealt with vulnerable structures in Milnerton and would be made available to the public “in due course”.

Other than Milnerton, there are numerous other areas on Cape Town’s coast being affected, such as Glencairn, Hout Bay, and Seapoint.

She said coastal infrastructure and amenities have been underfunded and now require “significant investment”.

“The budget and investment is and must now be made incrementally available over the next few years as a priority.”

At the 15 August meeting she said “immediate survival maintenance” was required for coastal infrastructure.

As weather patterns change due to global warming, ocean swell direction also altered. These slight changes in predominant wave direction could also cause erosion of beaches.

At the meeting Nieuwoudt said “hard decisions” on the cost effectiveness of maintaining infrastructure “will have to be made”.

“We may need to retreat and allow nature to provide a barrier to the ocean.”

Figures provided by Nieuwoudt show in the last financial year the City spent R13.5-million on repairs and rehabilitation of damaged coastal infrastructure, and R66-million has been earmarked for current projects.

Nieuwoudt noted the importance of natural barriers such as dunes and wetlands, many of which have been compromised by development or the canalisation of estuaries. These needed to be restored as much as possible, and the City was seeing some success in the ongoing restoration of the natural sand dunes in Hout Bay, an ongoing project where R6 million had been spent so far.

Rehabilitation projects such as these also created job opportunities, as in Hout Bay where a team was employed to check and repair the rehabilitation netting on a daily basis.

The Coastal Management Programme, published in 2015, noted that coastal erosion is occurring at “a number of points along the City’s coastline as a direct result” of urban development. The report gives an example: at the southern end of Table Bay the coast has been eroded by 35 metres over the last 45 years. Climate change is predicted to increase both the intensity and frequency of coastal storms, worsening the erosion problem and creating a long term risk to the city.

Global consensus at the time of the report suggested a mean sea level rise of 0.76m by 2100. Although this may seem small, it will cause “disproportionately large impacts on the damage that storms cause to the coastal zone”.

International Intergovernmental Panel on Climate Change (IPCC) author and researcher at the African Centre for Cities, Anton Cartwright, authored one of the first series of studies on the impacts of sea level rise for Cape Town. These were published in 2008. He said in the intervening 11 years the pace of melting of terrestrial ice in Antarctica and Greenland, which is a major contributor to sea level rise, had surpassed all projections and the projected rate of sea level rise has had to be adjusted.

The IPCC Special Report on 1.5°C released last year, which Cartwright says “tried to be optimistic” notes the likelihood of the ocean rising more than a metre in the next 80 years. This is higher than the predicted 2cm per decade estimated in 2008.

In Phase 3 of the study for the Sea-Level Rise Risk Impact Assessment he conducted for the City, three scenarios of damage due to storm surges were modelled. The scenarios were a 2.5 metre storm surge, a 4.5m storm surge, and a 6.5m storm surge. The damage, based on insurance risk assessments, on private property alone was R3.2-billion, R19.5-billion, and R44.4-billion respectively. These figures were based on 2008 rates assessments.