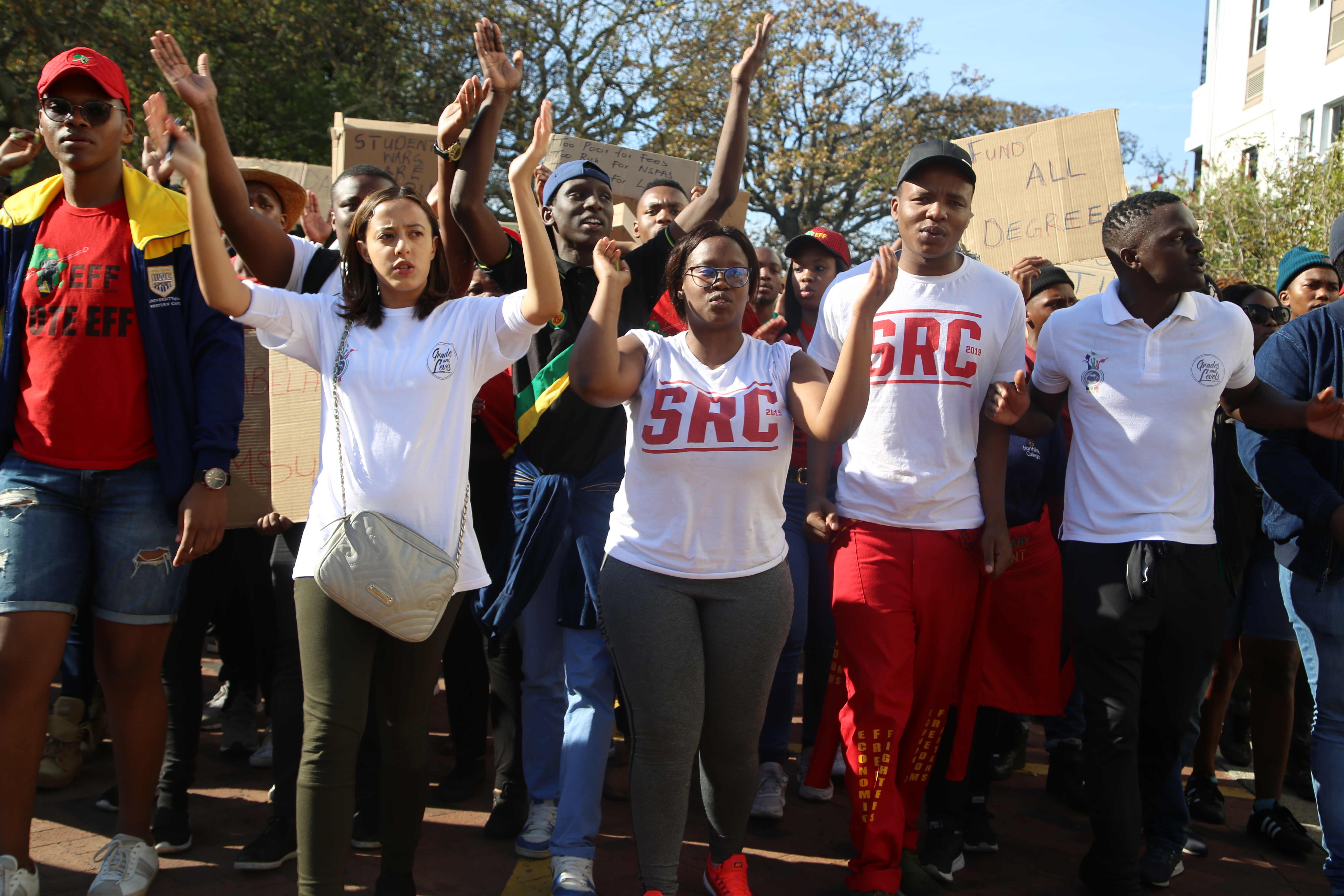 Are students using their textbook cash allowances to buy books, or are they using them for other purposes? That’s the question a parliamentary portfolio committee pondered on Wednesday, 28 August 2019.

After the National Student Financial Aid Scheme (NSFAS) recently changed its rules to allow students to get their book allowances in cash, there have been anecdotal reports that the money is being used elsewhere.

The parliamentary Portfolio Committee on Higher Education, Science and Technology heard conflicting reports on the issue, and also heard a proposal that women students be given an allowance for sanitary towels.

“When I was studying at the University of KwaZulu-Natal from 2003 to 2006 we used to get cash allowances and I think we all used it well. I think there needs to be comparative research because I believe students should be allowed to manage their money,” said ANC committee member Tebogo Letsie.

Letsie was addressing the change that NSFAS made earlier in the year from giving students vouchers that they could use to purchase books at specific booksellers to giving students cash allowances.

Some were against this move and argued that students would not use the money for books.

Mohamed Kharwa, from the Alliance for Academic Success, made up of academic publishers and booksellers, recently wrote that “the decline in book sales can only mean that vast sums of public money intended for students to buy textbooks and learning materials are not being used for this purpose. It is either being spent on items other than academic learning materials or students have been pressured to remit money home to friends and family.”

Professor Sibongile Muthwa, vice-chancellor of Nelson Mandela University, spoke on behalf of Universities South Africa and told the committee that there were reports from universities that “not all students use book allowances for learning materials. Some universities were informed that rents are not being paid [and] reports show that a small number of students cancel their registrations immediately after receiving their allowance.”

Wynand Boshoff, an FF+ committee member said it “was predictable” that students wouldn’t use their book allowances for books.

Boshoff didn’t cite any study or say where he got the information, but said he knew that sales of textbooks had dropped by 40% since NSFAS made the change.

Kharwa also claimed; “in some university bookstores, the unit sales of academic books have dropped by up to 91% compared to the first half of 2018”.

Nompendulo Mkhatshwa, an ANC committee member who was the Wits SRC president at the height of #FeesMustFall protests, pointed out how the anecdotes of how students aren’t paying rent or buying textbooks are just that – anecdotal.

“I don’t understand which young person won’t pay their rent and [risk] ending up on the streets. We must be careful what we say about young people and what we put in these reports,” said Mkhatshwa.

Committee chairperson Mohlopi Mapulane also affirmed his support for the change to cash allowances. But he said if money is sent to students for textbooks then students need to use it for that.

“I don’t think there should be monopolies [with booksellers], students should be able to purchase books wherever they can,” said Mapulane.

“The majority of post-graduate students are crying that they are not funded. It’s not fair that you fund a student for third-year level and then dump them [when they pursue postgraduate studies],” said Mugabe.

Mugabe suggested NSFAS should have “an additional allowance for sanitary towels for female students”.

Mapulane said this was a good idea.

“I don’t know why the department hasn’t acted on this. The department should implement this progressive proposal.” DM

A Twitter analysis of Justin Bieber's account found that around half of his followers are fake accounts.