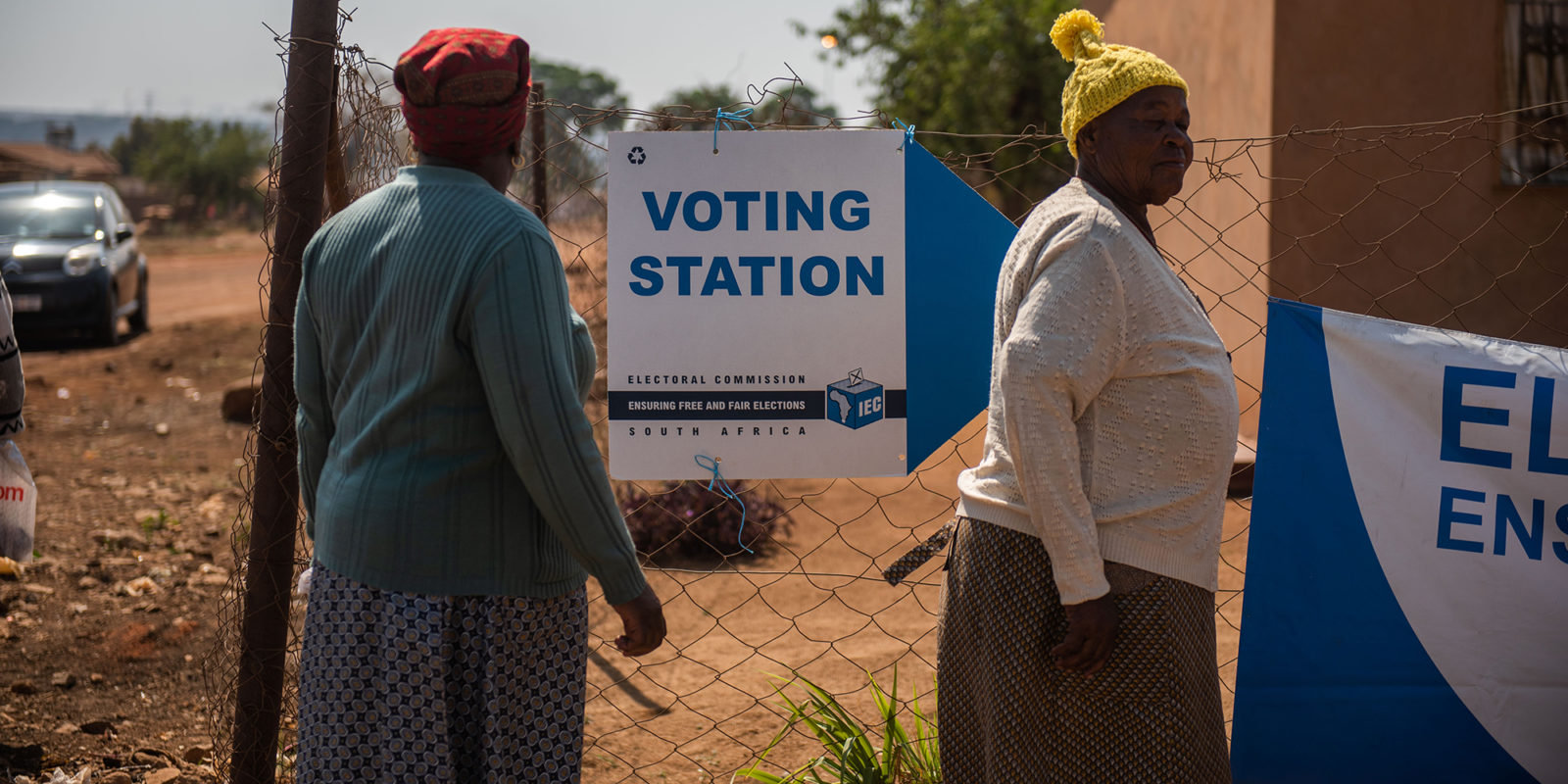 People of ward 37 in Soshanguve vote in a by-election on September 05, 2018 in Tshwane, South Africa. (Photo by Gallo Images / Alet Pretorius)

The rump of Ward 1 is centred around Tshiame A, which is west of Harrismith. The ANC had a solid hold in the only ward contested on Wednesday night that was not in and around Phuthaditjhaba and Witsieshoek. This was always going to be one of the harder seats for the independent candidates to win off the ANC. The EFF will be happy with their growth in the ward and the fact that they beat the former ward councillor who was running as an independent. The ANC comfortably won every single voting district in the ward.

Paballong is west of Phuthaditjhaba. The independent candidate Augustina Tsoeu won four of the five voting districts in the ward and had a convincing win in the populous voting district of Paballong. The ANC was able to win a voting district in Makhalaneng, but this was not enough as Tsoeu won by 401 votes.

The ANC had a crucial hold in Ward 8 as they retained the seat by 118 votes. The ANC got good returns in the villages of Leribe and Matebeleng. In Matebeleng they were able to get 152 more votes than the independent candidate. In smaller Leribe, the ANC was able to get 45 more votes. The EFF will be satisfied with their growth in the ward.

Monontsha is west of Phuthaditjhaba. It is on the outskirts of the town, and close to the Golden Gate National Park.

Former ANC ward councillor Joseph Rantsane won all nine voting districts getting over 50% of the vote in every single district. The margin of victory for the ward was 973 votes.

It must be noted that this was the only by-election in Maluti a Phofung where the African Transformation Movement (ATM) showed any potential.

Makeneng is south of Phuthaditjhaba. The ANC won here by 354 votes. This was the only ward where two former ANC councillors contested. Elizabeth Lebusa was the former ward councillor, while Johannes Moloi was the only proportional representation councillor for the ANC to be expelled. The presence of both of them on the ballot diluted the independent support in the ward.

The ANC won 4/6 voting districts in the ward.

Makeneng is south of Phuthaditjhaba. The ANC won here by 434 votes on Wednesday night, carrying six of the seven voting districts. This is one of the wards the ANC would have been really concerned about as the EFF got 23% of the vote here in 2016. The ANC will be satisfied with this result.

Namahadi is west of Phuthaditjhaba. The ANC held this ward by 353 votes on Wednesday night, winning four of the six voting districts. The ANC won this ward by getting over 100 more votes than the independent candidate in the district near the Charles Mopeli Stadium in the area of Mangaung in Phuthaditjhaba, and by over 140 votes in the relatively vote rich area around the Mantshatlala School in Namahadi. They also won in Tebang village by just under 150 votes.

Thibela and Lejwaneng are villages south of Phuthaditjhaba. They are near the border with Lesotho and the Royal Natal National Park, and the border with KwaZulu-Natal. Former ward councillor Isaak Ramohloki held on for a narrow win here, winning by 78 votes.

The ANC carried the largest voting district, winning the district around the Thibela school by 87 votes, but it was not enough as Ramohloki carried the 2nd, third and fourth most vote rich districts by a combined total of 196 votes. The ANC could not make up enough of the deficit in the four smaller districts.

The ANC and Ramohloki both won four districts.

Both Marakong and Ha-Rankopane are east of Phuthaditjhaba. Former ward councillor Elias Sefatsa swept all five districts in the ward to beat the ANC by 557 votes. In the most vote rich district in the ward, Sefatsa got 67% of the vote getting 264 votes more than the ANC.

The ANC’s support collapsed in vote rich Qholaqhwe. Motaung got 355 more votes here, with the EFF coming second in the district. The ANC might have won 3/6 voting districts but they did not win the smaller voting districts by enough margin to make up the difference between them and Motaung. The EFF won 2/6 voting districts. Even though Motaung only won one district, he won the biggest district and held on for the win.

The EFF will be happy with their growth in this ward.

Boiketlo is in the heart of Phuthaditjhaba, and Namahadi is just east of Phuthaditjhaba. The former ANC ward councillor Nqhae Mokoena won here by 423 votes, carrying 6/7 voting districts. The ANC carried the most populous part of the ward, around the Mabewana Primary School in Boiketlo. However, it was only by 14 votes. Mokoena won with relative comfort in the remaining districts.

Phuthaditjhaba-A is just above the centre of Phuthaditjhaba, and is relatively close to the edge of the Golden Gate National Park.

Makwane is east of Phuthaditjhaba, on the edge of the large town. This is the home turf of Gilbert Mokotso, former ward councillor and favoured candidate for mayor of Maluti a Phofung by the errant ANC councillors who were expelled, and the opposition.

Mokotso won convincingly. He won all six voting districts, getting 917 more votes than the ANC. Will he now be able to galvanise the nine other independent councillors who were elected with him and lay the foundation for a run for mayor in 2021?

Bluegumbosch is north of Phuthaditjhaba. The former ANC ward councillor Teboho Mohlekwa won back his seat by a landslide as the ANC’s support plummeted in Bluegumbosch. Mohlekwa won every voting district, and won the ward by 1,145 votes.

The new Maluti a Phofung council composition is as follows. ANC 37 (47) Independents 10 (0) EFF 9 DA 5 DPSA 4 AULA 2 APC 1 AIC 1. Total 69. The ANC retains outright control of Maluti a Phofung and have a buffer of 3 seats. This is still relatively tenuous when one considers that this has been a traditional stronghold for the ANC in the Free State.

The ANC have now had back-to-back weeks of by-election setbacks, after losing a ward in Umvoti in KwaZulu-Natal last week to the National Freedom Party (NFP). There is now a three-week break until the next round of by-elections on 18 September. DM